How does mixing lemon juice in hooka water affect the composition of the mixture? [closed]

Personal medical questions are off-topic on Chemistry. We can not safely answer questions for your specific situation and you should always consult a doctor for medical advice.

The other day I saw one of my friends, who was mixing lemon juice directly into the flavour chimney (or wind guard) and water pot of hooka. When I asked why are you doing as such, he said that it makes inhaling hooka smoke passive. By passive, I mean easily inhalable without any hiccups or harshness. I have tried it, it really makes the smoke passive. But how did this happen?

Here is a diagrammatic view of working principle of hooka: 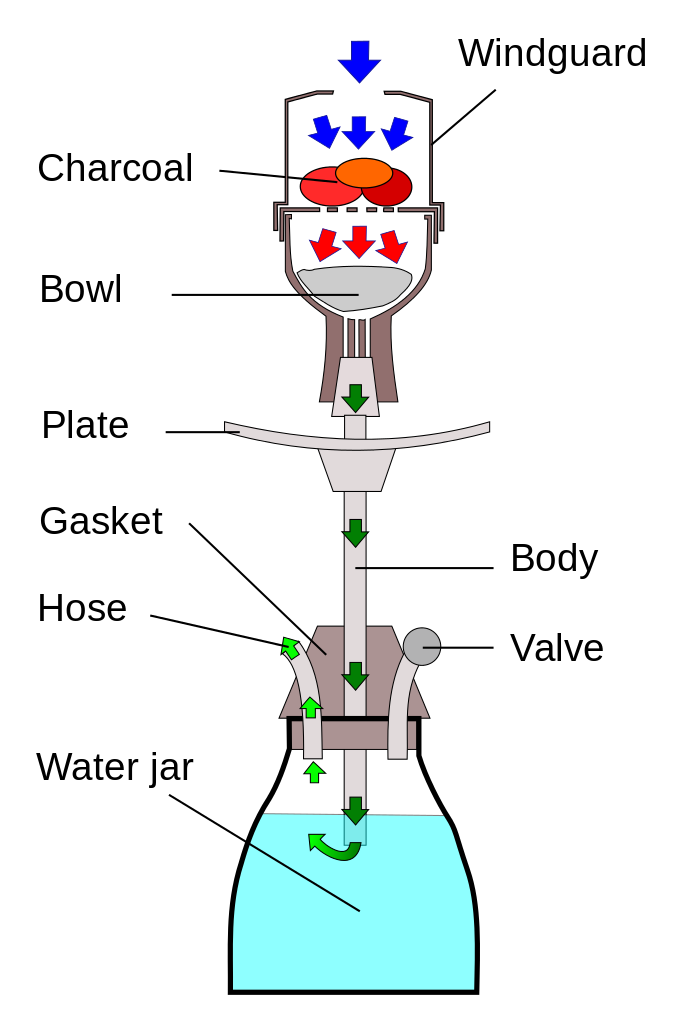 Here is a list of ingredients of hooka flavour which he used, it was of about 200 grams:

the temperature at which glycerol boils (and hence the smoke appears) is 290 °C,

By adding lemon juice, we are actually adding citric acid to it, so what would be the products obtained heating that flavour at the given temperature which reduces harshness of hooka.

My friend says the water present at the bottom in the hooka pot, serves for the purification of nicotine present in the flavour (which I can't believe), and he further adds that adding lemon juice to it will act as a filter for nicotine, hence reducing its harshness. [I think there shouldn't be any harshness due to nicotine as it is in a very low concentration i.e. measurable in the order of milligrams per puff, see the comments beside the answer below]

So the harshness must be due to other substances present in the mixture, such as glycerol ( which wouldn't cause harshness as it is in the vapour state), mollases and other flavoured substances along with sodium xanthate, here is molecular structure of mollasses

and coming to the other substances present in the flavour.

the knowledge which i have gathered from online sources is, the reaction between glycerol and citric acid yields a polymer in a controlled and catalysed reaction, called PGC, which is generally obtained at the temperature of 150°C, but here in this case the temperature is above 290°C i.e. boiling point of glycerol.

so the fact is that, no polymer is obtained while inhaling hooka, as the glycerol is in its vapour state and citic acid being, very acidic {1M citric acid has a pH value of 2}, so it is nearly in its dissociated state {the lemon juice was mixed in water present in the water pot}, 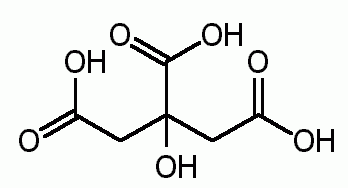 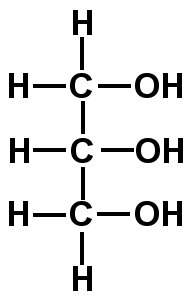 The acidic water is probably protonating nicotine, causing it to carry a positive charge. Once charged, the resulting nicotinium cation will not be volatile, but rather, highly soluble. Based on this, I would expect that acidifying the water causes a much lower amount of nicotine to be pulled through the exit hose (because it is trapped in the acidic water).

23
How does adding lemon juice to sugar make better caramel?
6
How does temperature affect the concentration of flavonoids in orange juice?
5
Does adding lemon juice to water chemically alter its nutrients and thereby negating any of its health benefits?
5
Role of hydrochloric acid and sodium hydroxide in isolation of citric acid from lemon juice
1
What's the reaction when bleaching hair with lemon juice (citric acid)?
5
The chemical reaction between lemon juice and polystyrene foam cups
3
After boiling water in an electric kettle, should I empty it?
1
Converting pure nylon salt to polymer?