I've read about E1 reaction (unimolecular elimination reaction) which forms the most stable carbocation first and then undergoes the elimination.

Ei is also mentioned to be "unimolecular" in my book, where its rate α [substrate].

Can anyone give an example showing whether or not it processes the formation of the most stable carbonation?

All of the above reactions yield alkenes through elimination mechanism via a cyclic transition state. Here's a quick mechanism for these reactions: 1)cope elimination 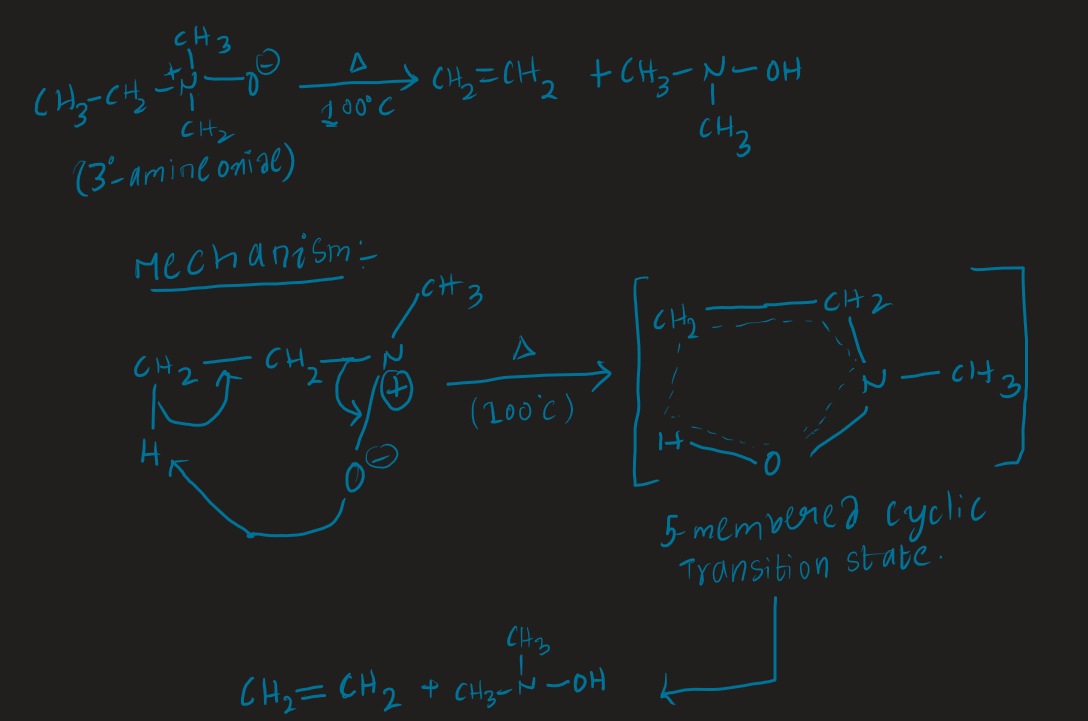 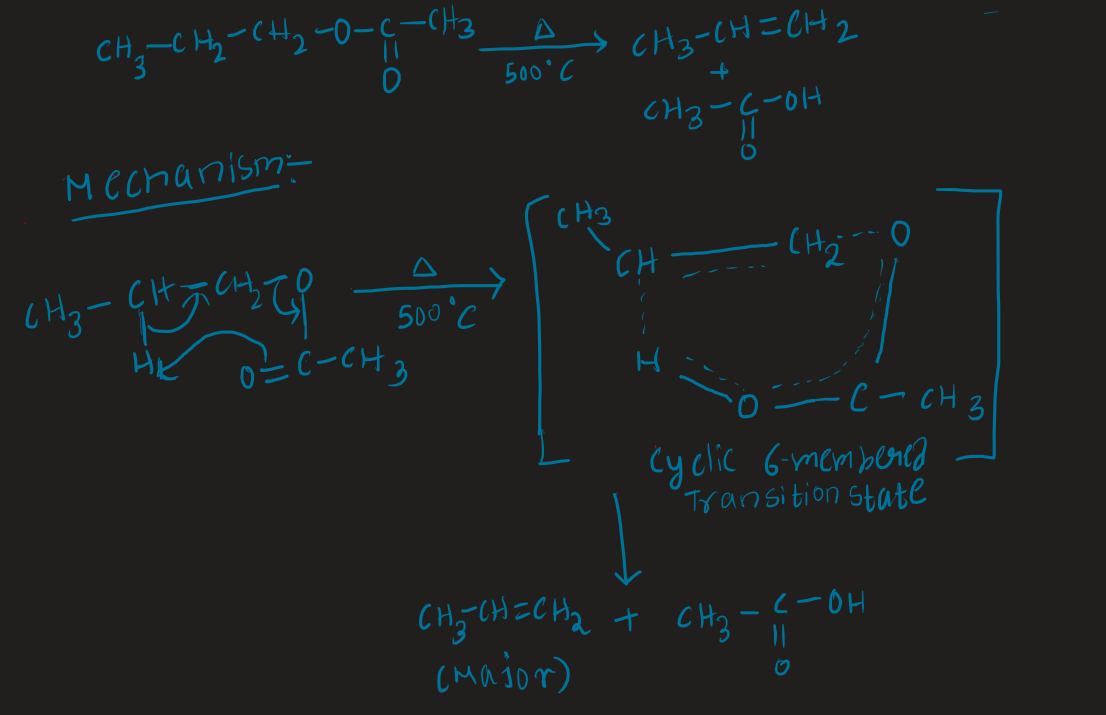 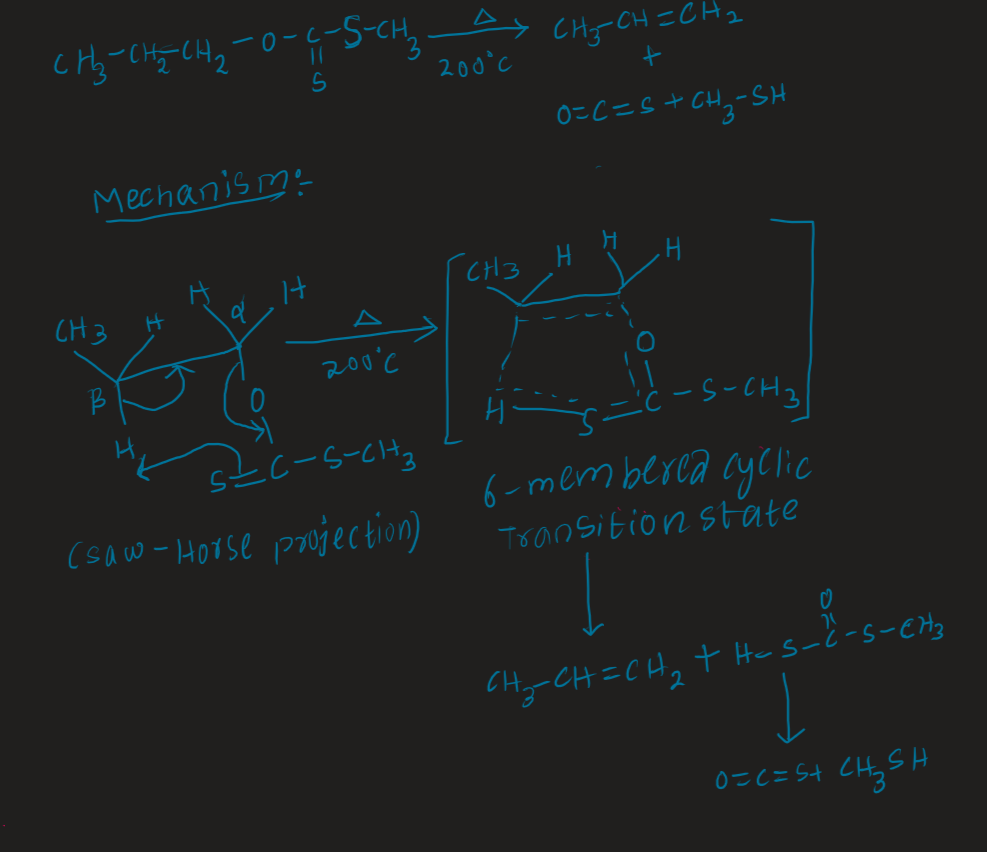 these are the mechanisms and its important remember that the alkene is the major product and alkenes are formed because of internal elimination reaction, this internal elimination is favored in above cases because it forms a cyclic transition state which is very stable. These cope reaction in particular is very useful as it proceeds through 5 membered ring transition state which needs relatively low temperature. but for Chugaev reaction and pyrolysis of esters the transition state is a 6 membered ring which needs more temperature than cope reaction.

I hope this helps clarify your doubt!!

1
Why there isn't any unimolecular addition reaction?
6
Why is the alkene a more stable species in this case?
8
Bromonium ion or Mesomeric effect ( intermediate during addition to alkenes)
7
False positive in lucas test for primary alcohol due to formation of tertiary carbocation by rearrangement?
3
Determining the mechanism followed when alcohols undergo a reaction with sodium bromide and sulphuric acid
7
Does a reaction proceed through SN1 if rearrangement results in a stable carbocation?
5
When does reaction of alcohol with alumina give an ether and when an alkene?