Can someone please explain to me in a simplified way, what exactly does a well-recognized Danckwerts boundary condition do to the concentration profile of adsorption phenomena? I just cannot find a relevant source - everyone says they used this condition in their simulation, but never mention any explanation.

As far as I know, the definition of the Danckwerts boundary condition says that after the gas is introduced into the column, the convection transport mechanism is associated with the diffusion, which causes a concentration step change at the inlet. However, when I went through multiple peer-reviewed articles of adsorption modelling, I haven't noticed any effects of the concentration change at inlet on the plotted graphs like I would expect if the Danckwerts boundary condition was used, e.g., 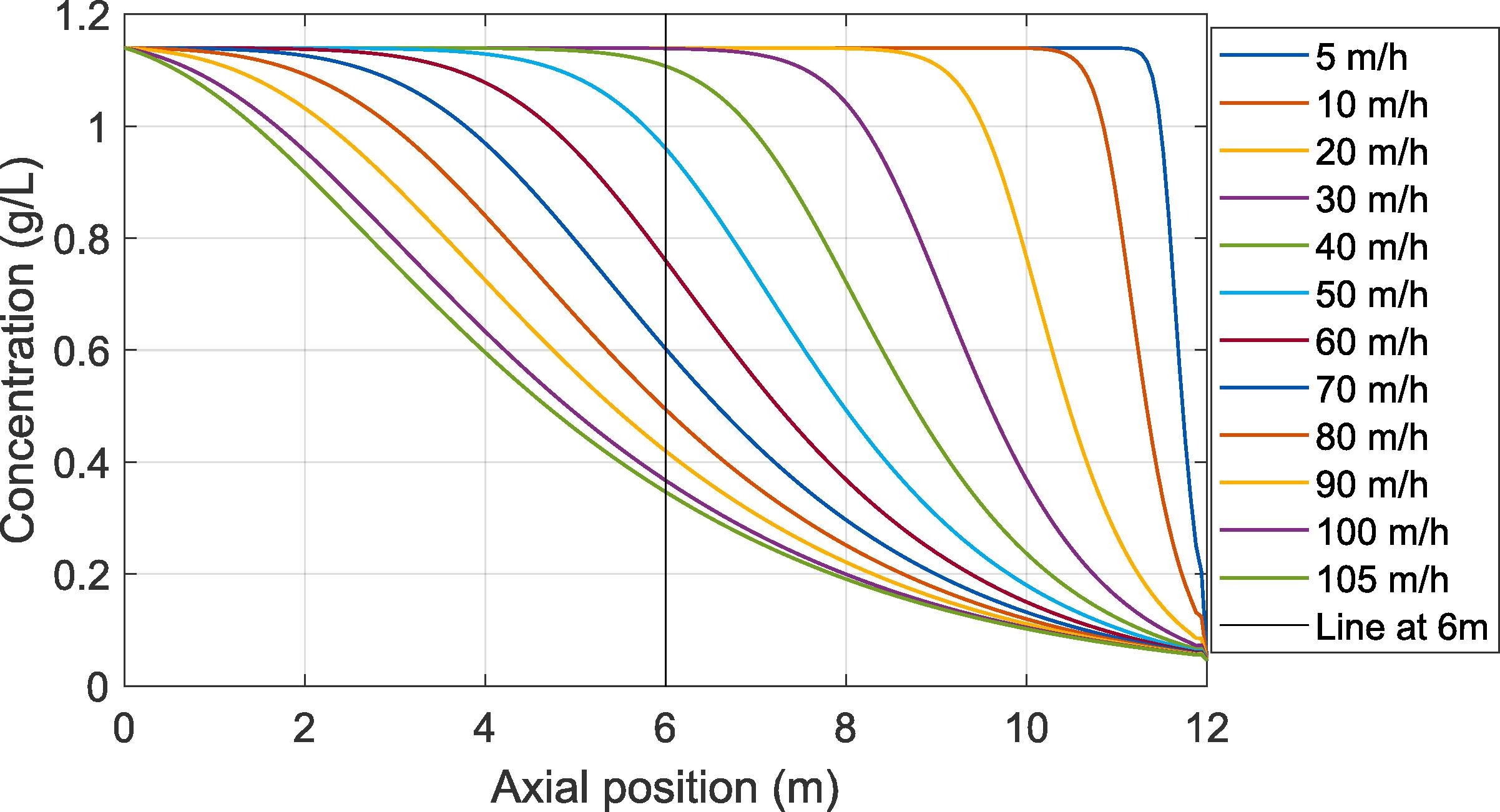 This pictures (taken from this article) shows a concentration profile in the gas phase along the adsorption column length (Danckwerts B.C. was assumed).

Here, on the next picture is a concentration profile at column inlet/outlet, which describes what one should expect (taken from this presentation). The Danckwerts condition is at the left side for the column inlet... 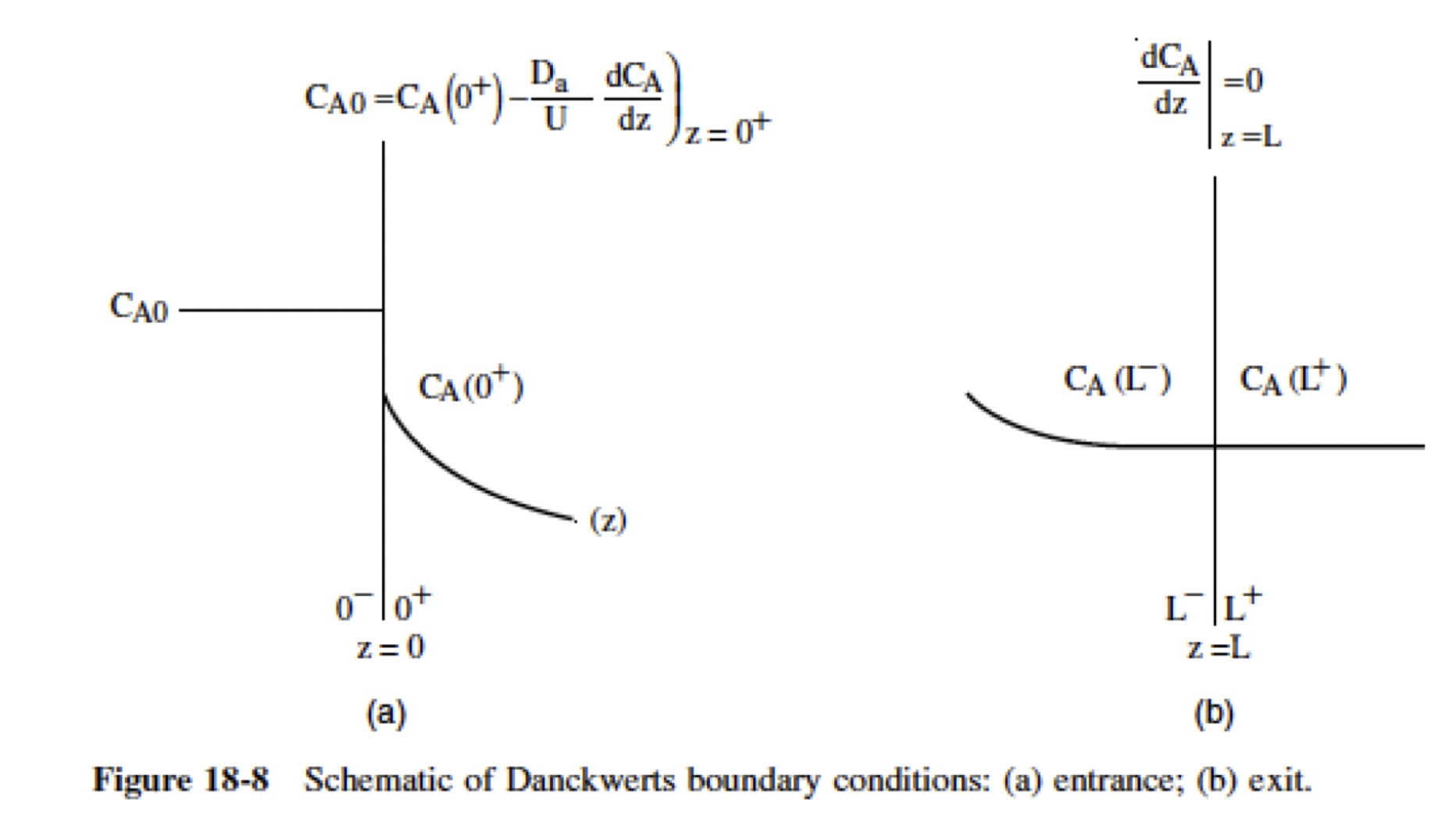 How much of a error do I get by assuming this?

Browse other questions tagged concentration adsorption diffusion gas-phase-chemistry or ask your own question.