Electrophillic susbtitution of bromine on styrene and cinnamic acid in the presence of FeBr3, a Lewis acid

Bromine gas, in the presence of $\ce{CCl4}$, undergoes on addition reaction at the double bond in both styrene and cinnamic acid, illustrated below. 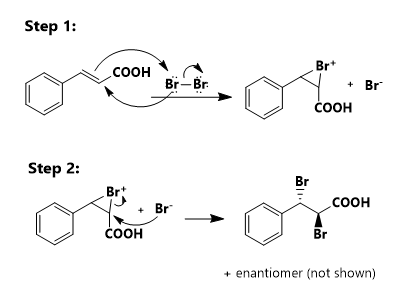 Bromination of benzene in the presence of $\ce{Fe}$ and bromine gas lead to electrophillic substitution rather than addition reaction just like given here. 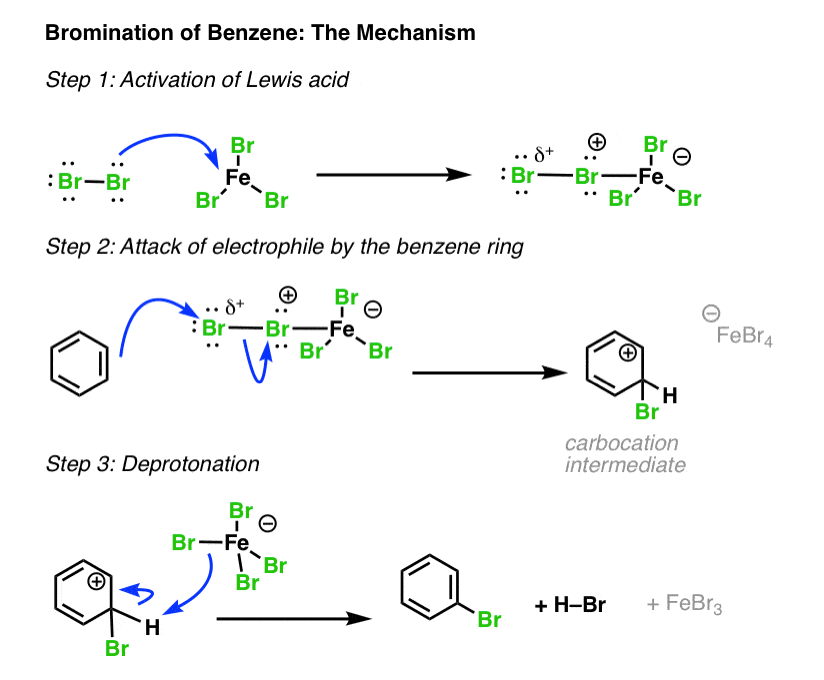 If we brominate styrene or cinnamic acid in presence of iron, which reaction will happen: electrophilic substitution on the benzene ring or an addition reaction on the double bond of the side group?

I could not find references to the reactions given above - specifically, in presence of iron - anywhere for styrene and cinnamic acid.

According to me, the mechanism of bromination in the presence $\ce{FeBr3}$ should follow an electrophilic substitution pathway, because the ring is more electron rich so an electrophile would preferentially attack there. However, there still is a potential factor of steric hindrance because bromine is a large ion, thus I am not certain which way the reaction will proceed.

In electrophilic aromatic substitution the activation energy is very high ( as it should be, since the aryl carbocation transition state is very unstable) 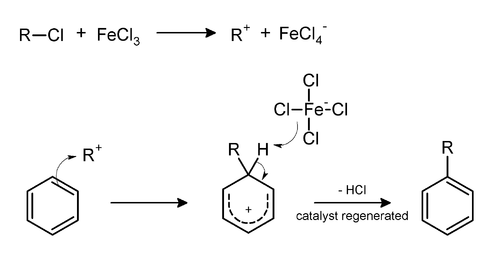 The lewis acid helps in creating an electrophile and later in extracting the hydrogen, it does the same thing for addition of $\ce{X_2}$ on alkenes.

Since the addition of $\ce{X_2}$ on alkenes reaction involves a less extreme transition state, it gets a very good lead against electrophilic aromatic substitution being kinetically driven it would probably happen at room temperature. Of course both reactions will happen if you have more than $1$ equivalent of $\ce{Br_2}$

We see here that in doing addition of $\ce{X_2}$ on alkenes, we lower the stability of final product by blowing up the double bond involved in an extensive resonance stabilization, therefore at high temperatures, the molecules can attain the high activation energy required easily and hence prefer the aromatic substitution over addition of $\ce{X_2}$ on alkenes . Keeping the extended resonance intact.

Not the answer you're looking for? Browse other questions tagged organic-chemistry reaction-mechanism electrophilic-substitution c-c-addition or ask your own question.