Does ammonia exhibit hydrogen bonding in its gaseous state?

I was reading the properties of ammonia in my book (NCERT Chemistry Part I, Textbook for Class XII) where it was written :

In the solid and liquid states, it (ammonia) is associated through hydrogen bonds as in the case of water and that accounts for its higher melting and boiling points than expected on the basis of its molecular mass.

My doubt is whether or not ammonia exhibit hydrogen bonding in the gaseous state.

Although I found a paper from 1987 which says that ammonia exhibits hydrogen bonding as an acceptor but not as a donor in its gaseous state, but it is 2021 so is there any improvement on the above statement?

The paper[1] referenced by Nilay Ghosh says that,

and gives a picture of some of the clusters that were assumed to exist. So there seems to be evidence of significant covalent hydrogen bonding in possible ammonia clusters, at least from the calculations.

Whereas the reference[2] given by the OP was less positive:

Surprisingly, no evidence has been found to support the view that $\ce{NH3}$ acts as a proton donor through hydrogen bonding,

but does describe ammonia as a powerful hydrogen-bond acceptor.

There is paper[3] which describes a hydrogen-bonded dimer that demonstrates how well ammonia can hydrogen-bond as an electron donor.

Spectrum of hydrogen-bonded dimer of ammonia:

But the question remains: "If ammonia is as basic, relative to water, as acetic acid is acidic, why the very different behavior?" According to a journal article[4], acetic acid is known to be significantly dimeric in the vapor phase: 50% of the vapor is dimer at $\pu{1 atm}$ and $\pu{400 K}$. 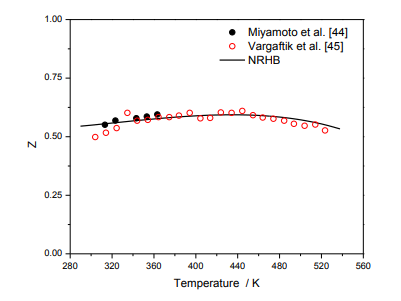 One simple way to look at the difference is that according to chem.ucla.edu[5], hydrogen has an electronegativity of 2.1, nitrogen 3.0, and oxygen 3.5. The difference between the electronegativities of $\ce{H}$ and $\ce{N}$ generates a small protonic acidity. According to Chem LibreTexts[6] $\mathrm{p}K_\mathrm{a}$ of $\ce{NH3}$ is 34. Very small!

The difference in electronegativities between $\ce{H}$ and $\ce{O}$ is larger, and gives, for hydroxy compounds like $\ce{H2O}$ and $\ce{CH3OH}$, $\mathrm{p}K_\mathrm{a}$ values which are in something on the order of 14-15. So, while both $\ce{N}$ and $\ce{O}$ have lone pairs that are electron-rich, the polarity of the protons on nitrogen is not great enough to develop strong - polar - hydrogen bonding.

I suspect that covalent bonding was suggested in [1] as a means to bond the structures with molecular orbitals. Whether these structures or the calculations play a significant role in the behavior of ammonia is unclear.

Getting back to the quote by the OP, I'm not impressed with the claim that ammonia shows much in the way of association by means of its melting and boiling points: 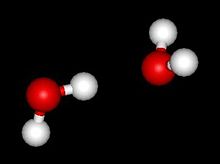 Perhaps we could be more interested in water association!