How is the molar weight of C-12 equal to 12 gram ? Why is "g" not considered while calculating molar weight? [closed]

Ask Question
Asked 7 months ago
Active 7 months ago
Viewed 86 times
-3
$\begingroup$
Closed. This question is off-topic. It is not currently accepting answers.

So, I was just pretty confused about how we simply multiply the "mass" of total nucleons in Carbon by the Avogadro Constant, to get the molar "weight" as 12 grams, shouldn't it be the molar "mass", as we have not considered the effect of g anywhere ?

This is a linguistic issue rather than physics or chemistry. In older literature of chemistry texts you will find that atomic weights was more frequently used, so the terms atomic mass and weights were interchangeably used by various authors. Recall that an everyday luxury called electricity was not available even to scientists 100 or 300 years ago. "Masses" of objects were determined by sensitive mechanical balances like these until the 1960-70s. On one side you had the object whose "mass" you were interested in and on the other side, a known weight was placed. You were basically comparing the weights (mass x acceleration due to gravity "g"), however, since "g" is same on both arms, it is mathematically cancelled, and we get mass of the object. 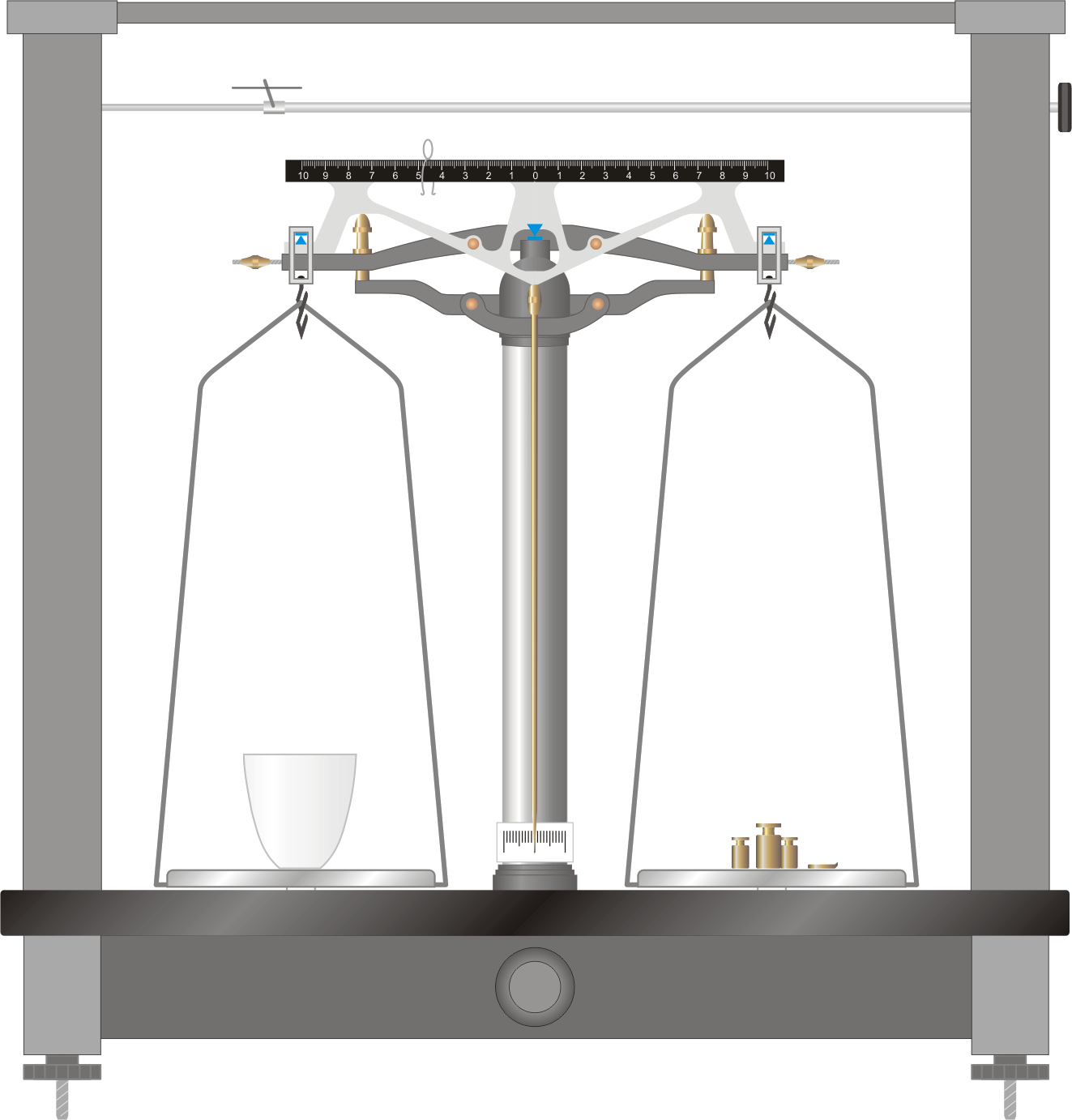 The International Union of Pure and Applied Chemistry has a committee called "Commission on Isotopic Abundances and Atomic Weights." See IUPAC's atomic weights

Another minor correction in your post is that 2+2 is not equal to 4 at sub-atomic levels. The mass of 1 mol of C-12 atoms (not the sum of nucleons) is assigned by humans as 12 grams exactly. Recent revisions have slightly changed this value, but keep in mind that the sum of the masses of 1 mole of total nucleons of C-12 atoms does not sum up to 12.

Not the answer you're looking for? Browse other questions tagged inorganic-chemistry physical-chemistry atoms molecules mole or ask your own question.

2
Why are osmoles not considered SI units?
3
What is the standard molar weight of Carbon, and why?
0
Mass of chromium in ammonium dichromate
1
How are the molar mass and molecular mass of any compound numerically the same?
1
Mass fraction in a mixture of metal salts given the total mass of the metal
22
Why has the mole been redefined for 2019?