Which step is the rate determining step in Benzyne mechanism - Elimination or Addition?

I have this doubt for a while now:

How can we compare the reactivity of two compounds towards benzyne mechanism, which have different leaving groups (E.g. chlorobenzene and bromobenzene)?

To know this, I think it is necessary to know if the elimination step is the rate determining step, or if it is the addition step.

I did some research about this but wasn't able to find any satisfactory information. Could anyone please explain which step is the rate determining step?

For a benzyne mechanism formation of benzyne intermediate is always the slow step or rate determining step but unlike normal nucleophilic addition elimination reactions formation of final products in benzyne mechanism is very different. Here the nucleophile simply doesn't go and attack the leaving group but instead the nucleophile of the base obstructs the proton adjacent to leaving group which then triggers the benzyne formation and simultaneously the leaving group leaves. This kind of mechanism is only shown by halo benzenes and it is an elimination-addition type mechanism not an addition-elimination type. The reason we consider the elimination-addition mechanism is because the addition of NH2 group takes place after elimination of leaving group. Interestingly this reaction was one of the main cause for discovery of benzyne, even when this mechanism was first suggested, benzyne's existence wasn't confirmed until the use of spectroscopic methods came into existence but there was another reaction in which benzyne intermediates were formed, that is a kind of sigmatropic reaction known as Diels alder reaction, it suggested the existence of benzyne, as it formed an entirely different compound from what was expected to form, that is called Diels alder adduct where the triple bond of benzyne acted as dienophile.

Here's a quick mechanism for formation of benzyne intermediate 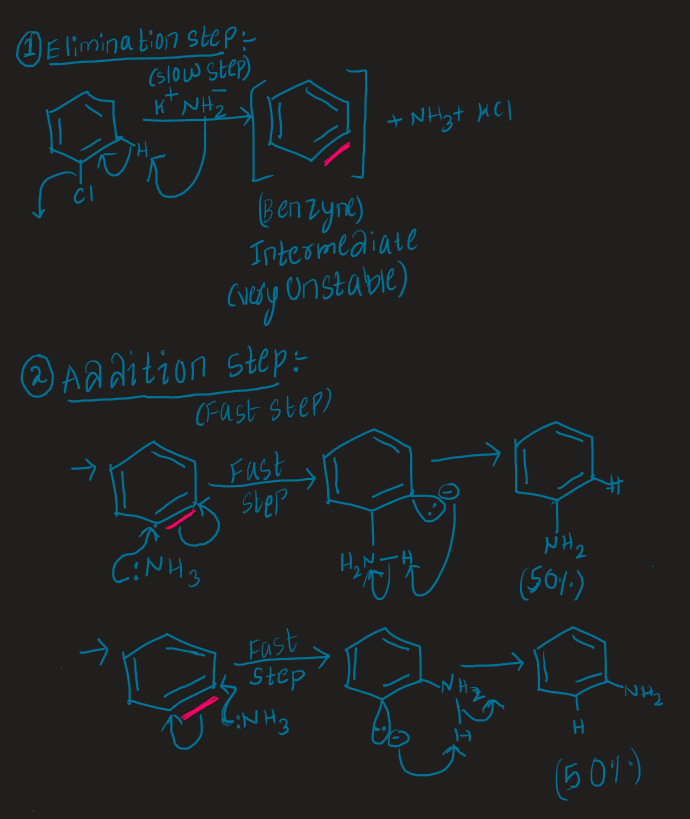 Another important thing to remember is that this reaction occurs at very low temperature approximately -33 C which is why the suggestion of addition elimination mechanism wasn't accepted, as those kind of reactions occur at relatively high temperatures. So yes if we have to compare chlorobenzene and bromobenzene the rate of reaction occurs faster with bromobenzene ,as it is a better leaving group. 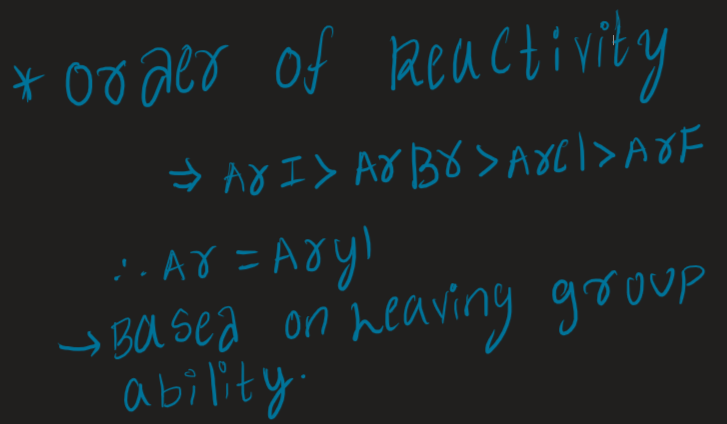 1)When there is a ch3 group with halo benzene the major product is meta product. 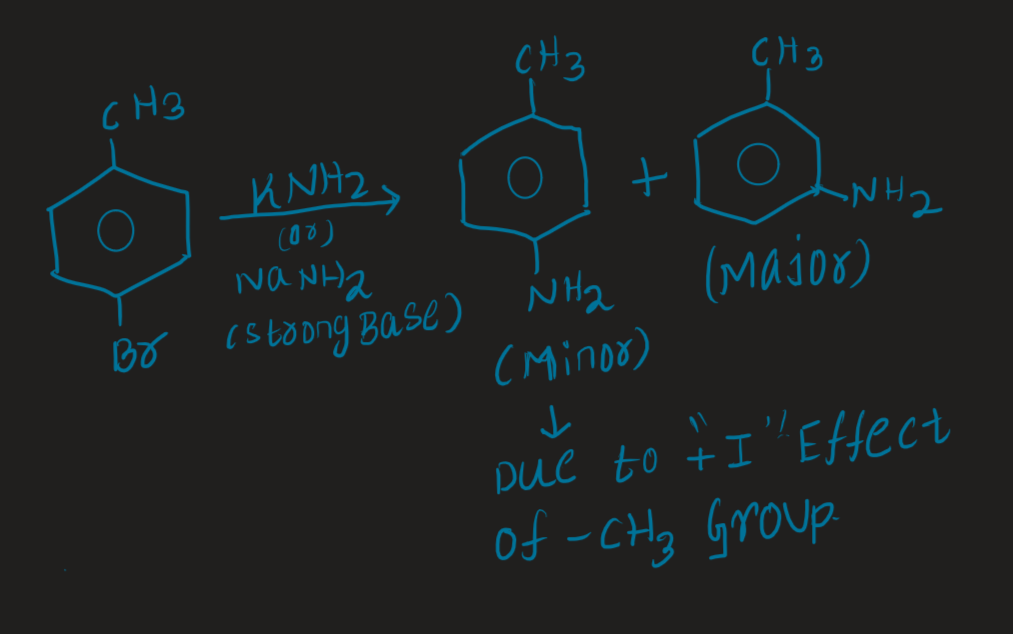 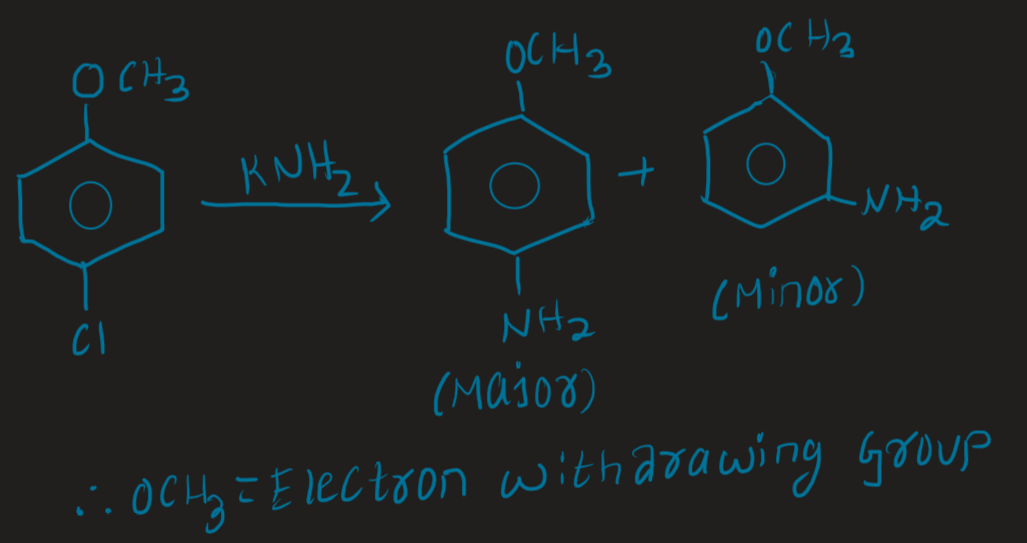 The reason ortho product dominates is because the nucleophilicity of the carbon at that position increases due to the presence of electron withdrawing group, which makes it harder for NH3 to attack at that position and this can be easily seen by drawing the resonance structures.

I hope this helps !

3
Order of reaction / Rate-determining step in enzyme catalysed reactions
7
How to decide what pathway a reaction will follow, elimination, addition to a carbonyl or nucleophilic substitution?
10
Is isobutyl chloride or ethyl chloride more reactive in an SN1 reaction?
4
Equilibrium Constant & Rate-Determining Step
6
Order of reactivity of substrates towards Wurtz reaction
0
2 problems with elimination-addition of halobenzene using NH2-
3
The dependency on electron density in the reactivity order of electrophilic and nucleophilic additions