This is the molecular orbital diagram for nitric oxide:

Now, we know that nitric oxide can dimerize. However, why does nitric oxide dimerize as to form an $\ce{N-N}$ bond? Why not an $\ce{O-O}$ bond? Wouldn't the lone electron be more likely "possessed" by the oxygen since oxygen is more electronegative (if we were to step away from molecular orbital theory for a second).

Is this a Coulombic effect? Oxygen, by nature of being more electronegative, attracts more electron density to itself. This in turn would weaken any hypothetical $\ce{O-O}$ bond due to electron-electron repulsions.

Something is not correct with your MO diagram. Here is a correct MO diagram for NO 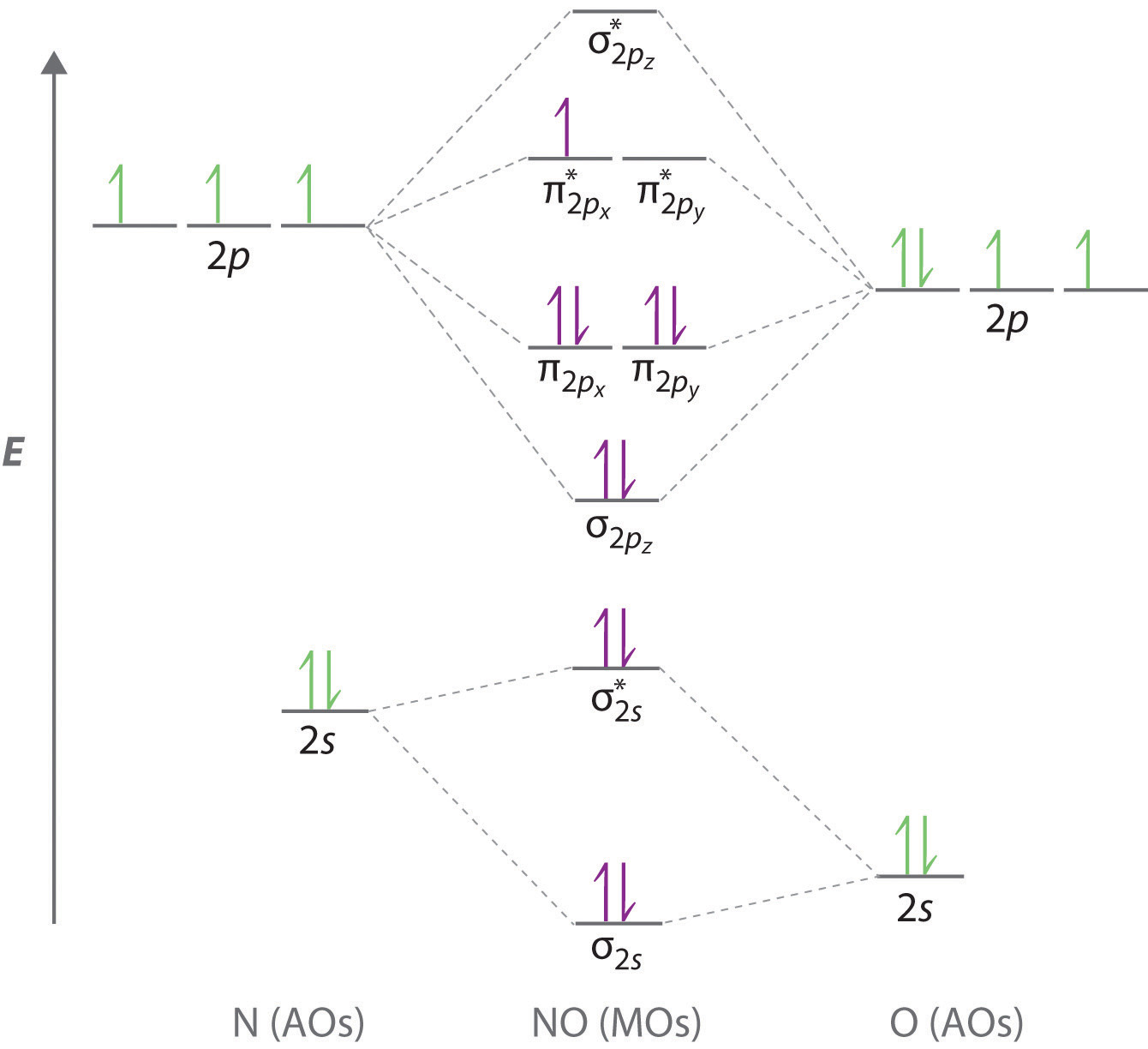 Note that in this diagram the oxygen atomic orbitals are lower in energy than the nitrogen AOs. This makes sense since the AOs of the more electronegative element should always be at lower energy than the AOs of the more electropositive element (in your diagram the relative energies of the oxygen and nitrogen AOs are somehow reversed). The energetic ordering of the starting AOs is important as we'll see in a minute.

The closer in energy a MO is to an AO from which it was formed, the more character of that AO it shows. So let's examine the nature of the single electron in the $\ce{\pi_{2p}^{\ast}}$ orbital since this electron will be involved in forming the new bond when $\ce{NO}$ dimerizes. This MO is formed from both the nitrogen and oxygen p atomic orbitals, but it is closer in energy to the nitrogen p AO. Therefore, we would expect this electron to have more nitrogen and less oxygen character (in other words it will reside more around nitrogen than oxygen). Because this electron has greater density on nitrogen, dimerization to form an N-N bond is more likely than dimerization to form an O-O bond.

Not the answer you're looking for? Browse other questions tagged bond energy molecular-orbital-theory or ask your own question.