Why is nitrate anion substituted but bromide anion is not in Von Richter reaction?

In Von Richter reaction which is a nucleophilic aromatic substitution. As according to this source, there is only a 37% yield of the product.I want to know what are the competing side reactions which results in such a low yield of the desired product. I searched for it on the internet but couldn't find anything related to it.

Secondly, I want to know the reason behind the substitution of nitrate anion as the major product although bromide anion is a better leaving group according to this table taken from Wikipedia 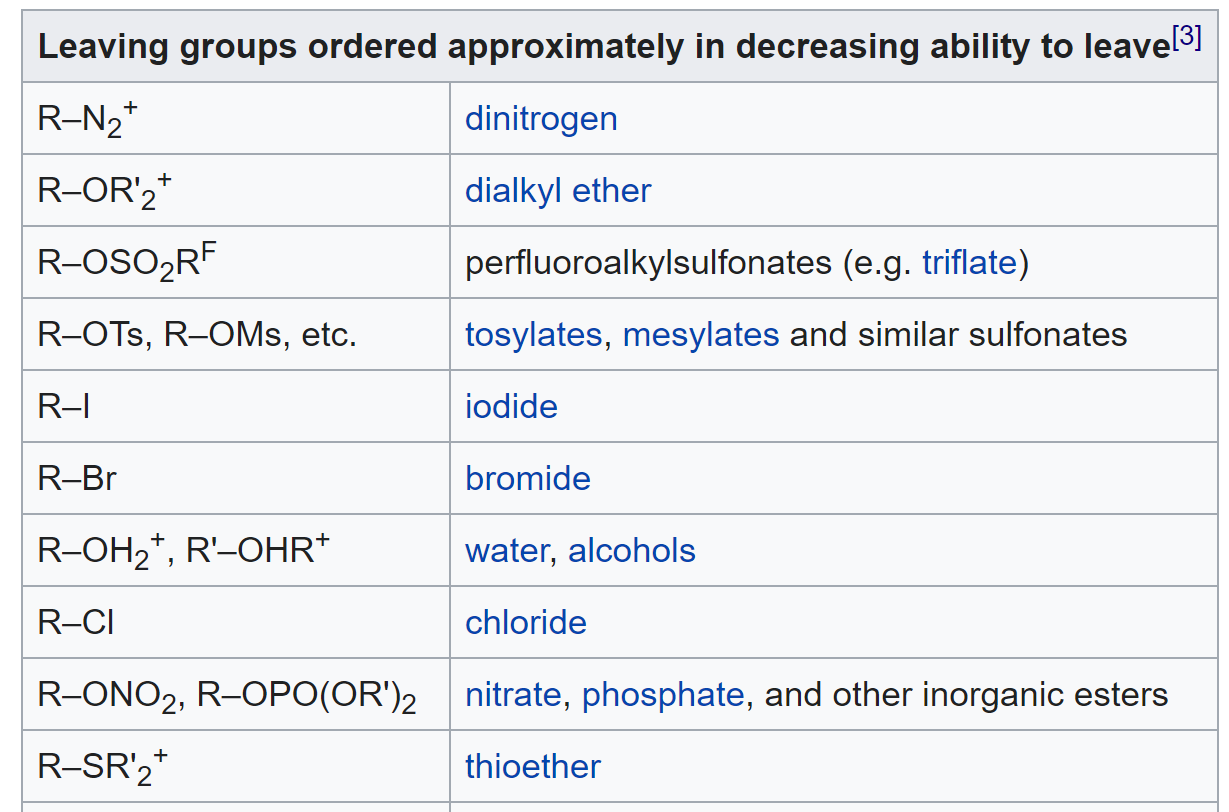 The Von-Richter reaction's accepted mechanism is given by- 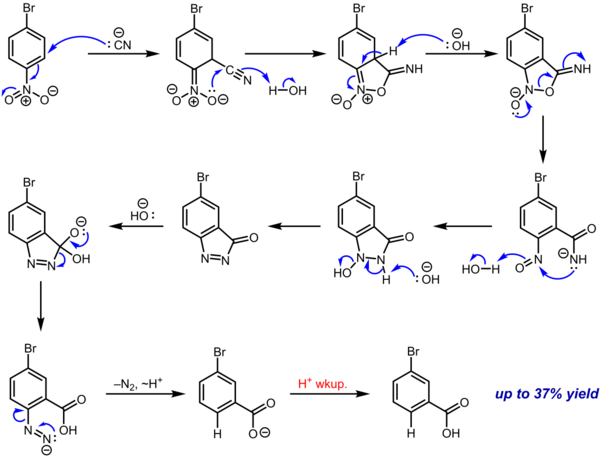 the tables you use have been calculated on the basis of $\ce{pK_a}$ values which don't give the right answers in many cases due to solvent effects and the intermediates involved in specific reactions. Wikipedia itself states

It is important to note that the list given above is qualitative and describes trends. The ability of a group to leave is contextual. For example, in $S_nAr$ reactions, the rate is generally increased when the leaving group is fluoride relative to the other halogens. This effect is due to the fact that the highest energy transition state for this two step addition-elimination process occurs in the first step, where fluoride's greater electron withdrawing capability relative to the other halides stabilizes the developing negative charge on the aromatic ring. The departure of the leaving group takes place quickly from this high energy Meisenheimer complex, and since the departure is not involved in the rate limiting step, it does not affect the overall rate of the reaction

This order is a general trend and as the mechanism in this reaction suggests, is not the end-all be-all determining factor.

Coming to why this reaction gives low yield, is mainly due to the hydrolysis of $\ce{CN-}$ ion by water/alcohol to $\ce{HCOO-}$/$\ce{CH3COO-}$. This is was suggested because according to this paper$^1$

the recovery of much unreacted starting material suggest that hydrolysis (or alcoholysis) competes with the nitro compound for cyanide ion to the extent that hydrolytic destruction of cyanide is the yield-limiting factor; it is known that cyanide ion is rapidly hydrolyzed in water solution at elevated temperatures

There is one thing missing from wikipedia that von-richter reactions were conducted in elevated temperatures and in sealed tubes $(\ce{150^oC-165^oC})$ both originally by von richter himself and in subsequent studies for mechanism*.

There may be other competitive side reactions but were not documented for this reaction (because it is of low yield anyway, there was not much work on it.)

*The paper by J.F.Bunnett,J.F.Cormack and Frank C.Mckay$^1$ (linked by @waylander) cites-

and the letter by Prof. Myron Rosenblum $^2$ while explaining the mechanism with evidence from isotopic labelling cites-

It is normal for nucleophilic $S_nAr$ to be conducted around this temperature** so this is not surprising thing to be missed by wiki, it also means that $S_nAr$ of cyanide on bromine can probably be competitive but experiments predict a majority of unreacted products according to this table in most solvent cases: 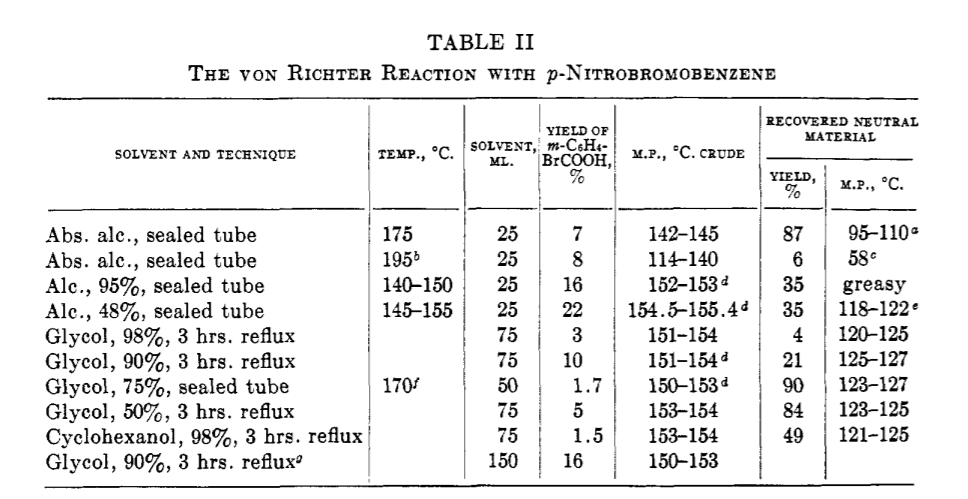 interestingly both this table and the letter by Prof. Rosenblum (46.5% yield for the same reaction but with chlorine) suggest different yields to what wikipedia suggests.

TL;DR : Leaving group order doesn't matter here because of different mechanism involved converting $\ce{-NO2}$ to $\ce{-N2-}$ which is a very good leaving group and yield is low because of hydrolysis of $\ce{CN-}$ ion at the preferred temperature.