I had this doubt, whether all asymmetric chiral carbons must necessarily be $\mathrm{sp^3}$ hybridized. For sure, we know that double or triple bonded carbon atoms don't shows such chirality, but is there a possibility for carbon atom, forming 3 bonds, and having a positive charge over it? Such a carbon atom has $\mathrm{sp^2}$ hybridization, but my query is that, will such a molecule show chirality?

There are three terms that define chirality of a molecule. They are: chirality axis, chirality plane and chirality center

According to the IUPAC. Compendium of Chemical Terminology, 2nd ed. (the "Gold Book"), the definitions of these terms are as follows:

An axis about which a set of ligands is held so that it results in a spatial arrangement which is not superposable on its mirror image. For example with an allene $\ce{abC=C=Ccd}$ the chiral axis is defined by the $\ce{C=C=C}$ bonds; and with an ortho-substituted biphenyl the atoms $\ce{C-1}$, $\ce{C-1'}$, $\ce{C-4}$ and $\ce{C-4'}$ lie on the chiral axis.

An atom holding a set of ligands in a spatial arrangement which is not superposable on its mirror image. A chirality centre is thus a generalized extension of the concept of the asymmetric carbon atom to central atoms of any element, for example $\ce{N+abcd}$, $\ce{Pabc}$ as well as $\ce{Cabcd}$.

A planar unit connected to an adjacent part of the structure by a bond which results in restricted torsion so that the plane cannot lie in a symmetry plane. For example with (E)-cyclooctene the chiral plane includes the double bond carbon atoms and all four atoms attached to the double bond; with a monosubstituted paracyclophane the chiral plane includes the monosubstituted benzene ring with its three hydrogen atoms and the three other atoms linked to the ring (i.e. from the substituent and the two chains linking the two benzene rings). 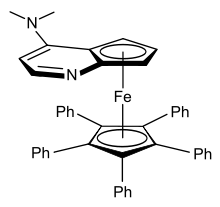 but is there a possibility for carbon atom, forming 3 bonds, and having a positive charge over it? Such a carbon atom has sp2 hybridization, but my query is that, will such a molecule show chirality?

You need to realize what a positive charge really is. It is a lack of electrons and so this means that there is no fourth group attached to the carbon. Its just free space which seeks electrons in order to complete its octet. So, the answer is no. such an $\mathrm{sp}^2$ carbon cannot be a chiral carbon. However, we do have a case where we can notice a chiral element in a compound that contains an $\mathrm{sp}$ carbon - asymmetric allenes. Note that here the element causing the chirality is not the carbon. but it is the axis that is aligned on the carbon.

Not the answer you're looking for? Browse other questions tagged organic-chemistry molecular-structure chirality carbocation or ask your own question.

3
Finding chiral carbons in aromatic or cyclic compounds
11
Are all higher cycloalkenes chiral?
6
Identifying chiral carbons
13
Are carbocations necessarily sp2 hybridized and trigonal planar?
2
How to assign priorities around the asymmetric carbon with its substituents having multiple bonds?
4
Are there chiral carbons in PVC polymers?
9
Why are carbons of Inositol chiral centers?