How many bonds does oxygen really make in minerals?

I'm studying some metallurgy things and interested in iron oxides.

The simple 2-D representation of a mineral like hematite shows $\ce{O=Fe-O-Fe=O}$. 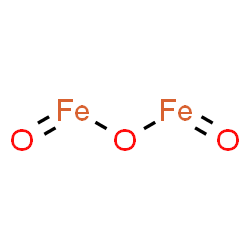 But the crystal structure seems to show each oxygen making 4 bonds. Crystalline structure from Virtual museum of molecules and minerals[1] 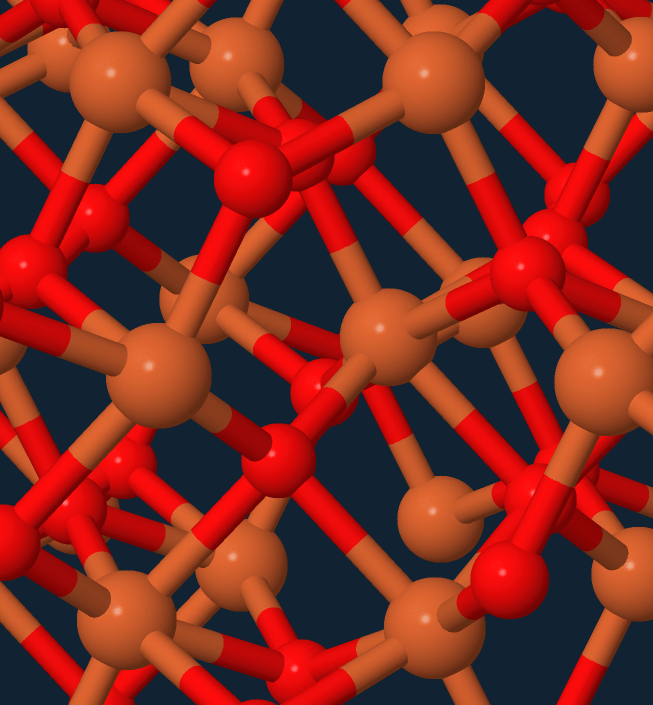 So whats the deal here?

This is a human.

All right, call it a simplified representation. But at least it shows the arms/legs ratio accurately, you can't deny that.

Now that was about as good as the molecular formula of $\ce{Fe2O3}$ (a compound which has no molecules in the first place):

As for the crystal structure image, that's what $\ce{Fe2O3}$ actually is. The sticks are drawn where the two atoms touch. Call them bonds or otherwise, the Nature does not care.

When you learn about the coordination compounds, the idea of atoms making far more bonds than their formal valence allows won't look that weird.

There is no relation between the formula of a substance and the number of neighbors any given atom has in its vicinity. For example, each sodium cation $\ce{Na+}$ is surrounded by $6$ $\ce{Cl-}$ ions in the crystal of salt, although its formula is $\ce{NaCl}$. Each sodium atom has $6$ neighbors, but it stays at oxidation number $+1$.

Not the answer you're looking for? Browse other questions tagged bond crystal-structure minerals or ask your own question.

14
How should elements be colored? And how many bonds does an atom have?
17
Can we really see the bonds?
3
why does phosphorus makes 5 bonds with oxygen in P4O10 whereas 3 bonds in P4O6?
4
How many bonds can Hydrogen make?
12
How can oxygen have three bonds?
4
How many bonds can nitrogen form?
3
Importance of zinc blende and wurzite crystal structures for semiconductors?