Why does HCO₂⁻ exhibit delocalized bonding while CO₂ does not?

What I am confused about is, that both of them have resonance structures. Therefore, why doesn't $\ce{CO2}$ exhibit delocalized bonding?

Here is the analogous drawing for the formate anion ($\ce{HCO2^-}$). Note how the p-orbitals on the terminal oxygens are now both aligned parallel with the p-orbital on the central carbon atom so that continuous overlap (delocalization) is now possible. 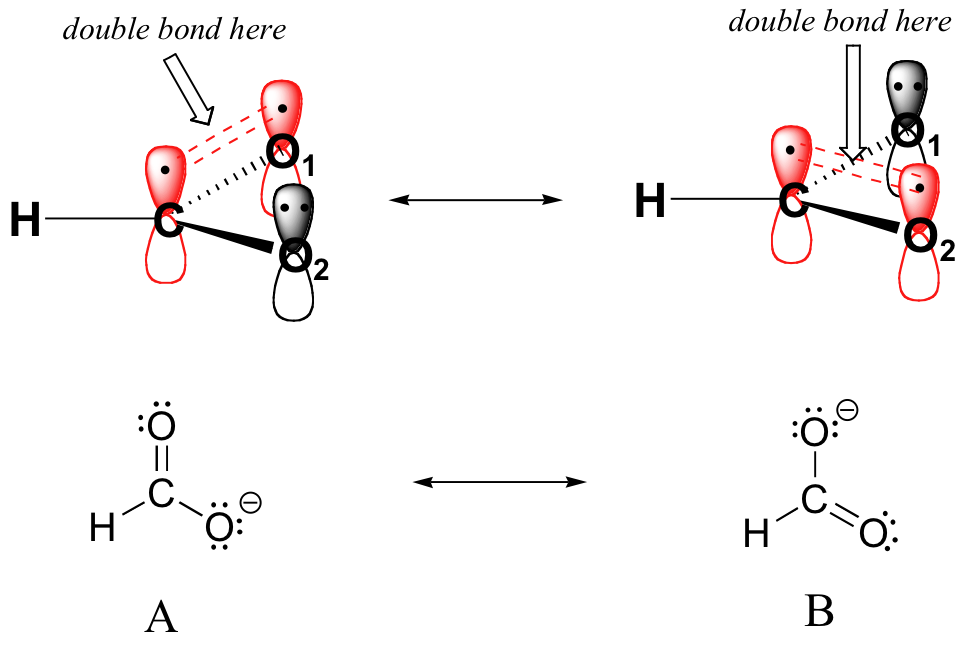 For completeness, we can restate the drawings from above in terms of resonance structures. In the top row of the following picture I've drawn the possible resonance forms for $\ce{CO2}$. The only charge-separated structures we can draw involve charge separation on each of the two orthogonal $\ce{C=O}$ groups.

In the bottom row of the picture I've drawn 4 resonance structures for the carboxylate anion (when R=H this is the formate structure in the title of your question). Structure II corresponds to the charge separated structure I drew above for $\ce{CO2}$. But notice that I have drawn 2 new resonance (III and IV) where the negative charge is delocalized over the O-C-O 3 atom array. This is because the p-orbitals on the terminal oxygens are now parallel and can overlap with the p-orbital on the central carbon. Just like the "particle in a box" problem you may have studied in physics, it turns out the longer the path the electron has to roam over, the more stable the electron. So resonance structures III and IV, where the electron can roam (delocalize) over 3 atoms are very important contributors to the description and stability of the carboxylate anion. Carbon dioxide has no comparable resonance structures due to the orthogonal alignment (90 degree rotation) of the orbitals on the terminal oxygens

$\ce{CO_2}$ does not show delocalization because the p-orbitals of the carbon atom are orthogonal. They can't interact. The hydroxymethylidene ion shows delocalization because the lone pair on the carbon atom is "upgraded" to a full p-orbital, just as (one) the lone pair on each oxygen because that would stabilize the negative charge. Now you have a system of three p-orbitals linked together. There is no need for $\ce{CO_2}$ to stabilize anything, so the energy required to "upgrade" to a full p orbital (on the oxygens) is too high of a barrier.

Please correct me if I'm wrong (then I'll remove the answer). This is a very simple analysis, there could be things in MO theory that I'm not aware about.

9
Why does nitrous acid exhibit (unexpectedly) different bond angles?
22
What is charge shift bonding?
12
Why does coordinate covalent bond form?
3
Why do ion cores not move in a metal?
7
Why does HNO2 not have resonance?
1
Why can sulfur have an expanded octet but not oxygen?