Ask Question
Asked 5 years, 10 months ago
Active 10 months ago
Viewed 631 times
0
$\begingroup$
Closed. This question needs to be more focused. It is not currently accepting answers.

What would cause vapour release from elemental mercury? Would it be pressure, friction...

could one stop the vapour release through cooling the mercury? 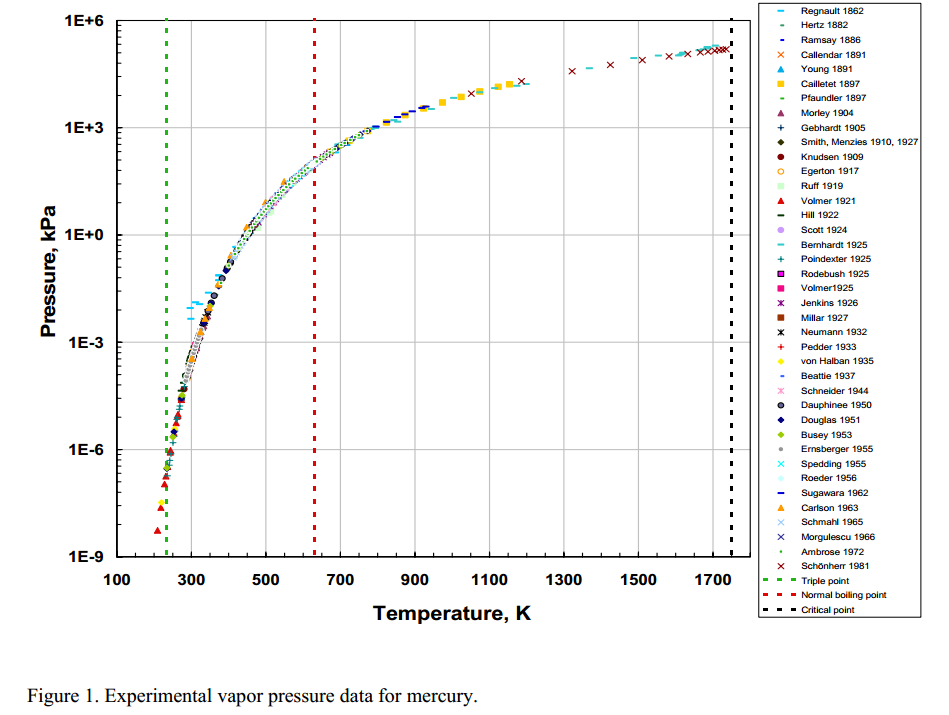 The problem with mercury vapor in an open environment like the mouth is that the air in the mouth is continually exchanged with fresh air. Therefor, whatever concentration of mercury vapor has built up will, to some degree, be decreased by air exchange. Hence mercury will, more or less, continuously evaporate in such an environment. Cooling will reduce the equilibrium vapor pressure and consequently reduce the rate of mercury evaporation.

Not the answer you're looking for? Browse other questions tagged reaction-mechanism biochemistry or ask your own question.

9
What causes the DNA fragments to stop moving in gel electrophoresis?
8
Reaction mechanism of imine reduction to amine using an aluminium amalgam
10
Mercury assisted deprotection of dithiane
3
Mercury brain half-life
7
Why is mercury much more toxic when inhaled than injected?
3
Simple practical, non-toxic, non-flammable reaction for slow release of CO2