What are chemicals that will create a similar reaction to baking soda and vinegar for my book?

I'm writing a book based on a dream I had, but after some research I can't find too much on a specific reaction I want. The main character mixes a clear liquid and yellow powder which hisses and bubbles creating a lot of yellow gas. The gas was slightly toxic, but he was exposed for around a minute and nothing super dangerous happened.

Are their any chemicals that make this reaction and includes a powder and liquid? The colors don't have to match, but I would prefer if the gas had some visible color so it's easier for me to describe.

Some pretty interesting ideas in chemistry have been preceded by dreams. A good mystery novel could be the beginning of a career.

Well, the colored gases are listed on Wikipedia (also colors of some solids): 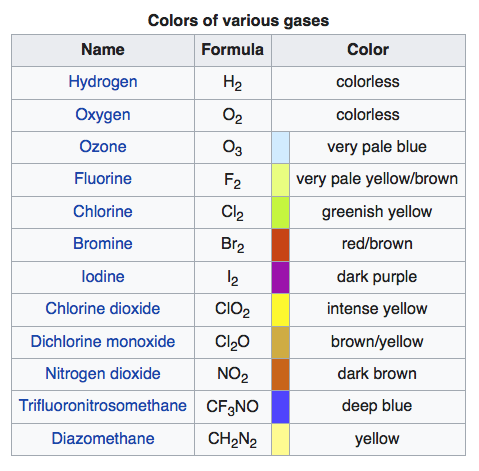 Considering first your specification of slightly toxic, I would aim for a small quantity, which suggests that we need intense color. Iodine is one of the best: very purple, very visible. It needs a bit of heat to make it gaseous, but not much: a few crystals dropped on a very warm surface will generate a lot of purple. Not really hissing; perhaps this isn't exactly what you want. You could drop a few iodine crystals into a dish or cup of hot water...

Then there is NO$_2$. While the picture says dark brown, I think deep orange red is more accurate. It's toxic, but you can see it and smell it, so it may not be a terrible hazard because you can get away from it - again, in small amounts. Not like the explosion in Lebanon (Ref 2). I was in the lab when we made some NO$_2$ - accidentally. A clear liquid (a 5-gallon bucket of 25% HNO$_3$) was treated with what was thought to be sodium nitrate, but the 50# bag of solid was only partially filled, and was torn so it read SODIUM NITR&)E, or something similar. It was yellowish - thought to be somewhat aged - but it was really sodium nitrite, NaNO$_2$. About 5 pounds got dropped into the bucket. That was followed by a large POOF - not really an explosion, but suddenly a HUGE red cloud of NO$_2$ appeared. Fortunately, there was another exit to the lab, and no one was even slightly injured. It took a few hours to ventilate the lab. Now, on a small scale, any clear acid will react with NaNO$_2$ to produce orange-red NO$_2$. It's heavier than air, so it can be fairly easily contained in a beaker if your liquid (acid) is only a small amount at the bottom. So it could be dangerous, but can be handled safely. 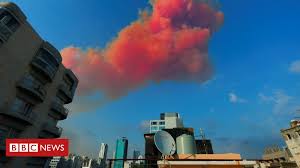 While all the other gases could also be handled safely, they do seem more hazardous to me - but in a book you can always specify the precautions you want to emphasize.

Not the answer you're looking for? Browse other questions tagged gas-laws toxicity books or ask your own question.

-2
Looking for gas or liquid for story research

1
Could PNP (Silicon) transistor be toxic when exposed to air\light?
8
Is the Hollywood portrayal of the effects of ingesting HCN correct?
2
Laser cutting polyurethane
7
I (might) have accidentally combined these mold-killers at home: Any adverse reactions?
12
Chilling water in copper vessel
10
Looking for an old (1950s) "chemical experiments" book
3
Why does van der Waals' equation of state give only one P, V pair for a particular temperature here?