How to compare magnetic moment of chromium(III) and cobalt(II) ions?

Is there any way of comparing the magnetic moments of $\ce{Co^2+}$ and $\ce{Cr^3+}$ gas phase ions by just going through their electronic configuration?Or is it just experimental data?

I think the implicit question here is:

The answer is Hund rule #3:

Whereas for Co$^{2+}$ the following applies: 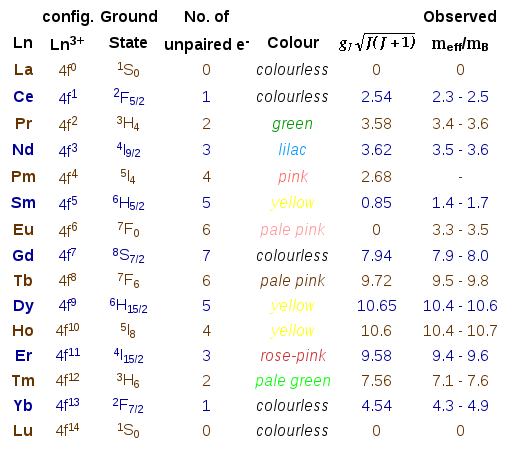 So, to explicitly answer the question, while these are just approximated models and the experiment is always preferrable, yes, just by looking at the electronic configurations and applying Hund's rules you can have a good deal of information about the relative magnetic moment of these two ions.

Not the answer you're looking for? Browse other questions tagged transition-metals electronic-configuration valence-bond-theory magnetism or ask your own question.