Hydrogen Peroxide & Vinegar Film reversal, can someone help me understand this reaction?

The two in question are 3% hydrogen peroxide and 5% acetic acid. I have tried this and it works but I don't understand why.

The process is as follows:

I believe the tint is silver oxide but I am unsure as I don't know enough about what is actually taking place in this reaction. I'm left with all sorts of questions: 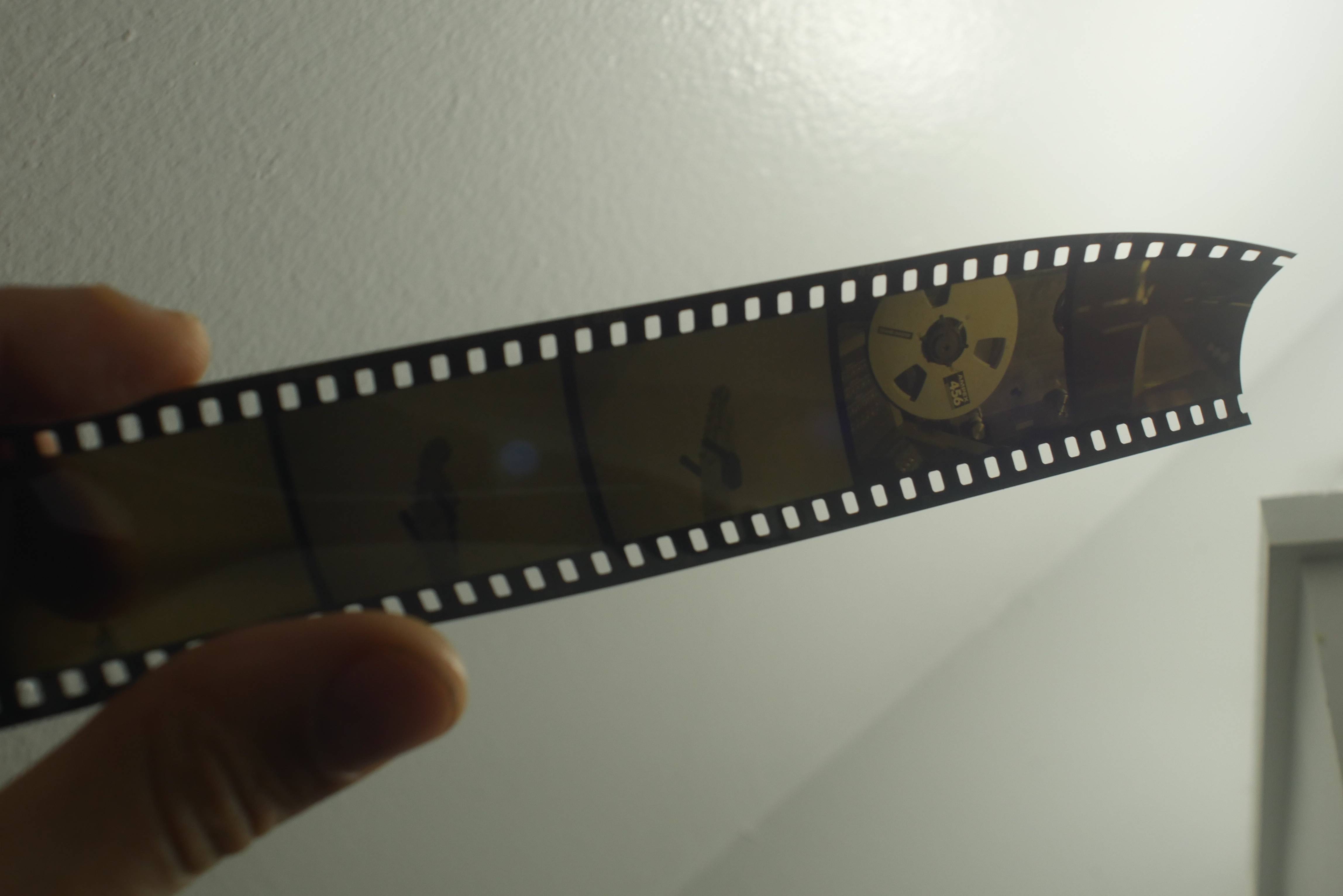 The slow reaction dissolving silver must be : $$\ce{2Ag + H2O2 + 2CH3COOH -> 2CH3COOAg + 2 H2O}$$ The mixture has to be hot because the rection is extremely slow. Its rate is negligible at room temperature. Even at $60$°C, about $10$ minutes are required to dissolve nanoparticles of silver on the milligram scale. Silver acetate $\ce{CH3COOAg}$ is moderately soluble in water ($\pu{10 g/L}$).

The acetic acid stops the developer, and the hydrogen peroxide oxidizes the silver particles that were selectively reduced by the developer. More detail in this thread enter link description here. Probably needs to be hot just to force an acceptable reaction rate from the peroxide, or to get any reaction at all. The yellow tint is likely just the natural color of the silver halide in the original film. I doubt the tint can be removed, but the remaining silver halide, having been so treated in the dark, should still be light sensitive, so you may try exposing it to light, then developing normally to see if the silver halide gets reduced to silver, leaving the normal black.

If you want a positive, you could develop the negative film normally, then "contact print" to a fresh piece of negative film, which you then develop normally.

Not the answer you're looking for? Browse other questions tagged everyday-chemistry redox photochemistry silver or ask your own question.

3
Which reaction between Lugol and Hydrogen peroxide?
21
Painting metal, does it matter if all rust is removed before?
3
Tap water leaving white residue after drying
3
Yellow stains after cleaning silver
6
Full equation when using vinegar, hydrogen peroxide, and salt to etch copper
7
Why do diluted sulfuric acid and hydrogen peroxide etch copper only when chloride ions are present?
7
Converting pyrite to iron sulfate