Why do chemists work with common logarithms (base 10)?

However, it seems that in my chemistry books there are elaborate schemes set up to avoid this and use the base ten logarithm instead. For example, we define $\mathrm{pH}$ as the negative of log base ten of hydrogen concentration instead of choosing the natural logarithm.

What are the historical reasons in the study of chemistry which caused this preference?

All fields of science (biology, chemistry, physics, and geology) use both natural and base-10 logarithms.

Natural logarithms are used when describing physical processes whose underlying mathematics are exponential (specifically, base-$e$ exponential, which is commonly referred to simply as "exponential"). Examples:

Exponentials are commonplace because they result from a frequently-seen type of physical process: Those where the rate at which the quantity of an item changes is proportional to how much of that item you have (i.e., where the derviative of a function equals its value):

Natural logs are used to linearize these functions.

[In the comments, Peter Mortensen noted that base-2 may be more natural for nuclear decay than base-$e$. The underlying physics is exponential, but base-2 becomes convenient specifically if you want to work in terms of half-life—which is, of course, a standard way of specifying nuclear decay rates: $N(t) = N_o e^{-\lambda t} \implies N(t) = N_o e^{-t\ln 2/\tau} \implies N(t) = N_o 2^{-t/\tau}$, where $\tau$ = half-life.]

By contrast, base-10 logs are used when deploying a measurement scale that needs to cover a wide range of values. Examples include the pH scale in chemistry, and the Richter scale in geology. None of these scales are mathematically tied to any underlying physical process. They are purely descriptive. E.g., the Richter scale is based on the base-10 logarithm of the amplitude of seismogram waveforms.

When creating such purely descriptive scales it's typically considered much more convenient and intuitive to base them on powers of 10 rather than powers of $e$. Hence in converting the values of these phenomena to their respective scales, the base-10 logarithm is typically used rather than the base-e ("natural") logarithm.

So no, it's not the case that "every operation...should be better [with the natural log]"; nor are chemists concocting "elaborate schemes" to avoid using it. Rather, chemists (and scientists in all other fields) readily use both the natural log and $\log_{10}$, depending on what makes sense.

[Note: I'm not saying that $\ce{[H^+]}$ or seismogram waveform amplitude couldn't be tied to some underlying physical process; I'm simply saying these scales don't do that.]

The base-10 logarithm is also often used purely for presentational purposes, when showing data covering a wide range. Here's an example from ATLAS Collaboration, Probing Dark Matter with the Higgs boson, April 2020, https://atlas.cern/updates/briefing/probing-dark-matter-higgs-boson: 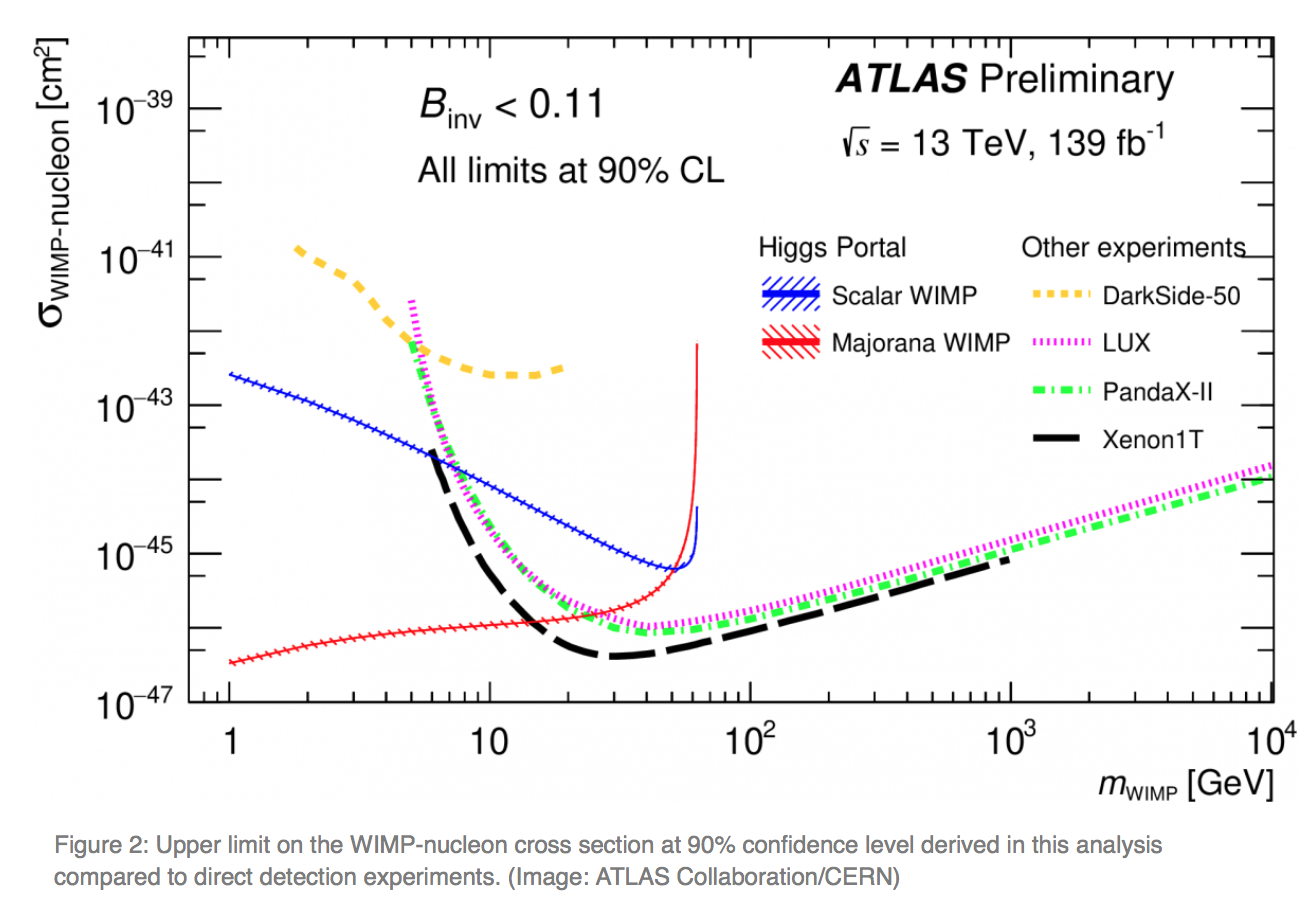 However, when it comes to solution preparation, base 10 is experimentally feasible and of course very convenient even for mental calculations. When chemists like to prepare solutions, often the concentration is a simple multiple of 10.

Our South Asian readers will immediately recognize the normality notation often labelled on acids or bases as 1 N, N/10, N/100 solutions. Normality is equal to gram equivalents/ L. In the 18th and 19th century, this unit was in vogue. It makes solution preparation and dilution easier. Recall that burettes or graduate pipets are all scaled like 0.1, 0.2, 0.3 mL volumes and so on rather than multiples of natural logarithm base $\mathrm e$. You will notice natural logarithm avoidance in the pH scale as well as the Nernst equation, because concentration terms are involved. As one reader pointed out Nernst equation is typically found with natural logs on Wikipedia. I looked the original 100 year old text of Nernst, and he indeed used natural logs. My bias is toward analytical chemistry and then consulted a classic on electroanalytical chemistry text (Lingane: Electroanalytical Chemistry), there the author after doing all the derivations switches to Briggsian log. The reason that one of the most reliable methods to determine pH was electrochemical methods. All your pH meters rely on that equation i.e., Nernst equation with Briggsian log. So this choice, is again dependent on the needs of the researcher.

Sørensen is popularly called the originator of pH concept. However, the hydrogen ion concentration idea was well known in his time. I checked Sørensen's original essay (Biochemische Zeitschrift. v.21 1909, freely available from Hathi Trust), and all his concentration units are in normality. As you can see for the pH, the scale goes like the picture below (Ref: Italian Journal of Medicine (2011) 5, 147—155). Now imagine setting up a natural logarithm concentration scale. This is not experimentally feasible. The numbers look "friendlier" with base 10 logarithms.

I'm guessing, of course, but my answer is: graph paper.

So, part of yesteryear's equipment any experimenter needed was a selection of graph papers to hand-enter data points onto; that was the way to make a curve fit for those (fairly common) sorts of relationships. I'm sure Pierre Curie used log-log paper to determine the power law for magnetization diminution near the Curie temperature, for instance. How else, before easy computer access, would he have found that constant (about 1/2)?

And, to enter a decimal number onto logarithmic scale, you are using axes for your graph that have a small-integer-ratio that makes the log(base 10) trivial to read off. One still hears lots of '3 dB per octave' chatter, in some circles, which is a reference to the 'octave', a unit interval of a time or frequency scale, which 'unit' is in the logarithm base 2.

While some use is found for base 10 and base 2 scales, I've never seen a graph paper log 'cycle' which was a factor of 'e'.

In addition to the other answers:
In the old days, log calculations were not simply a click or press on a computer / calculator, but needed to be looked up in paper tables - which in turn took man-years of manual calculations to produce, and therefore were expensive. Why buy another such booklet for ln, if you already had the one for log10 (and knew a lot of logs by heart)?

6
Why does one of Dalton's compound elements with oxygen and phosphor consists of four atoms instead of two?