How would this reaction occur through free radical substitution?

So, I was trying to solve this through free radical substitution:

The best product I managed to do/think was the following: 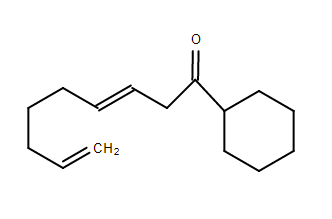 However, according to what I've seen, it's supposed to end like this:

The problem is that I don't really understand why or how. My reasoning for why it ended with the second image, was that the Br left the molecule, and through its free radical, took the hydrogen from PhCHO. Then, as both carbons where left with a free bond, they would react together.

Zn reacted with the allylic bromide to create an allyl zinc species.

This is known as the zinc-mediated Barbier- Grignard reaction wikipedia. The allyl zinc species then reacts nucleophilically with the benzaldehyde example here. Reaction can take place through either end of the allylic system with regioselectivity influenced by the choice of reaction conditions.

If this was a radical-driven reaction you would expect to get radical attack on the second double bond to give a cycloalkyl species.

According to this reference science direct

The nature of the reactive intermediate is not always clear. The formation of an alkylzinc halide is unlikely, since many of these reactions are performed in water. It seems also not to be a free radical (as Luche and co-workers had proposed), since 5-hexenyl halides do not undergo ring closure under these reaction conditions.

This reaction is an example Barbier reaction (Ref.1), which was discovered by Philippe Barbier who was the teacher of Victor Grignard, the discoverer of Grignard reaction. The main difference other than metal used between Barbier and Grignard reactions are the former is one-pot reaction while the latter is two pot reaction as ref.1 states:

A synthesis with the aid of an organometallic compound is usually carried out in two steps: 1) the organometallic reagent is prepared from an organo halide and a metal in a solvent, 2) a chosen substrate is added to this reagent. In a Barbier reaction these two steps are combined: a mixture of the organo halide and the substrate is added to a suspension of the metal-in an appropriate solvent.

The other differences include ability to use water as the solvent, making it more greener (Ref.2). First, the allyl halide reacts with metallic $\ce{Zn}$ to give the corresponding allyl zinc species, which then reacts with a ketone or aldehyde (the electrophile) to give corresponding alcohol (nucleophilic addition). Therefore, your first suggestion is not correct. The correct major product is the second one (Ref.3 & 4):

I said it is the major product, because the conjugate addition predominate under these conditions and with certain allylic or propagyl halides as given in the following example (Ref.4):

When $\ce{R = H}$, product $\bf{II}$ predominates while when $\ce{R = n-Hexyl}$, both products, $\bf{I}$ and $\bf{II}$, formed in significant yields (Ref.4). This suggest that the nucleophilic addition to carbonyl compound is the slower step and therefore, attack on more stable carbocation would predominates. In your case, it is secondary allylic carbocation over initial primary allyl carbocation. Also, considering resonance structures of the initial carbocation, the larger contributors are secondary and primary allylic carbocations because they are more stable than the other contributor, secondary cyclohexyl carbocation. The appearance of the product through that carbocation is based on the reaction rates of nucleophilic addition.

However, keep in mind that the regioselectivity of this reaction is highly dependent on the nature of the alkyl halide (usually, allyl or propargyl halides) and carbonyl compound, steric hindrances, solvent effects, and the metal used (note that Barbier reaction uses other metals such as $\ce{Zn, Sn, In, Sm}$, etc.).

4
Why are tertiary alkyl halides obtained in higher yield than secondary or primary during free radical halogenation of alkanes?
5
Formation of azobenzene from nitrosobenzene and N-hydroxyaniline
8
Regioselectivity of electrophilic aromatic substitution in imidazo[1,2-a]pyrazine
3
Why won't ethene and ethyne react with halogens?
2
Does mixing calcium dichloride and magnesium sulfate induce a reaction, and how does it affect the hygroscopy of the sample?
9
Mechanism of DPD (N,N-diethyl-p-phenylenediamine) reaction with free chlorine
3
Mechanism of acid-catalyzed Robinson annulation?