What is the product of the reaction between alcohol and acetyl chloride in presence of pyridine?

I found that the reaction you describe is a special form of the Schotten-Baumann reaction.

The special form of the reaction is called Einhorn-Acylierung ("Unicorn acylation" in English). It is named after the chemist Albert Einhorn (Einhrorn means "unicorn" in German and hence the reaction name).

The reaction mechanism is as follows:

First, the pyridine forms an acetyl pyridinium salt. The alcohol can then perform a nucloephilic attack. The pyridine gets removed and can remove one hydrogen to reach the final product. 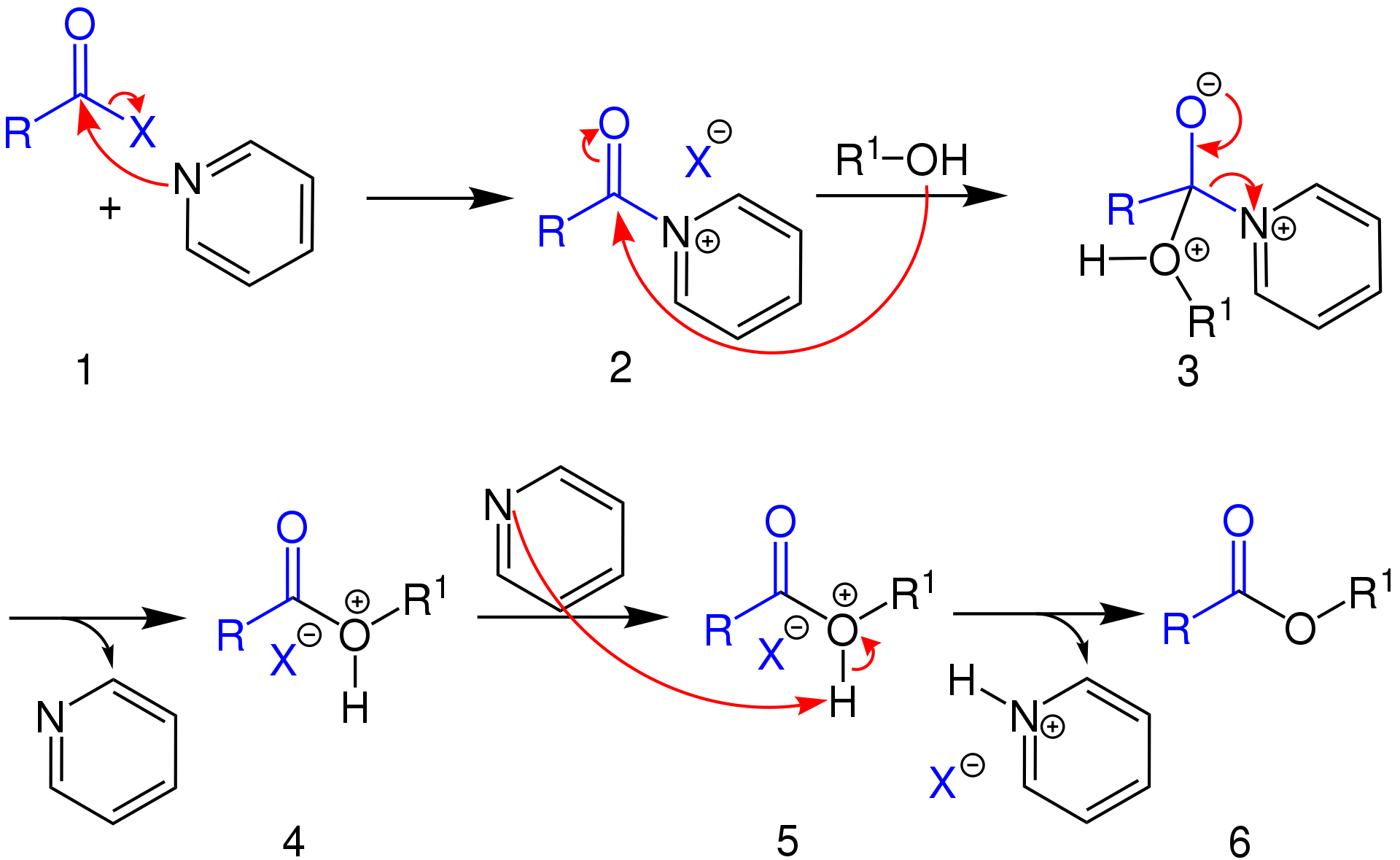 Not the answer you're looking for? Browse other questions tagged organic-chemistry alcohols esters or ask your own question.

1
Carbon decrease from 1-octyne to 1-hexene
4
Hydrolysis of an ester
2
Ester as a side product in the synthesis of bromoalkane from alcohol. Is it correct?
9
Why does a proton prefer to attack a double bond instead of protonating an alcohol in a reaction of unsaturated alcohol with sulphuric acid?
0
Sodium and alcohol reaction
2
What reaction happens between glucose and ammonium chloride when drying?