If you Google "largest known cycloalkane", you will find this result: 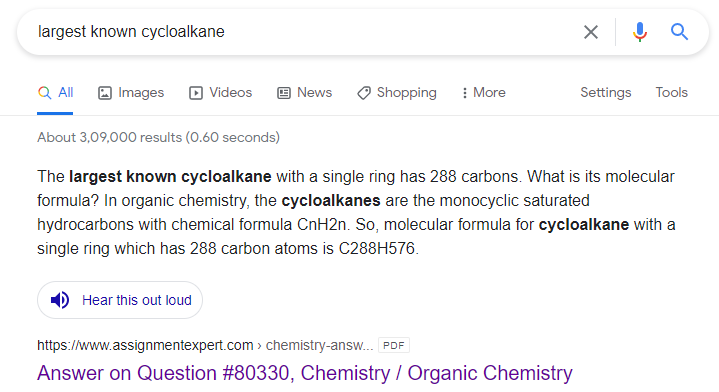 For context, there has been discussions on "largest known alkane". There is a related chem.SE question. There is also a scientific paper on it. The paper says that the longest linear alkane is $\ce{C59H120}$. OTOH, the Wikipedia article for cycloalkane mentions that the larger cycloalkanes, with more than 20 carbon atoms are typically called cycloparaffins. So, there has to be a known "cycloparaffin" with highest number of carbon atoms.

The above result came from a random HW-QnA site. From where does the result come from?

A brief method of preparation is as follows:

A similar strategy was used to synthesize the cycloalkanes as well.

The cyclic oligomers were synthesized by the same reaction according to Eq. (2) under conditions of high dilution of the terminal diacetylene

Finally, the linear and cyclic oligomers were hydrogenated over a Pd/C-catalyst in a conventional manner to obtain the analytically pure alkanes.

As for the assignment question, I was able to link it to a introductory exercise in Organic Chemistry by Janice Gorzynski Smith.2. 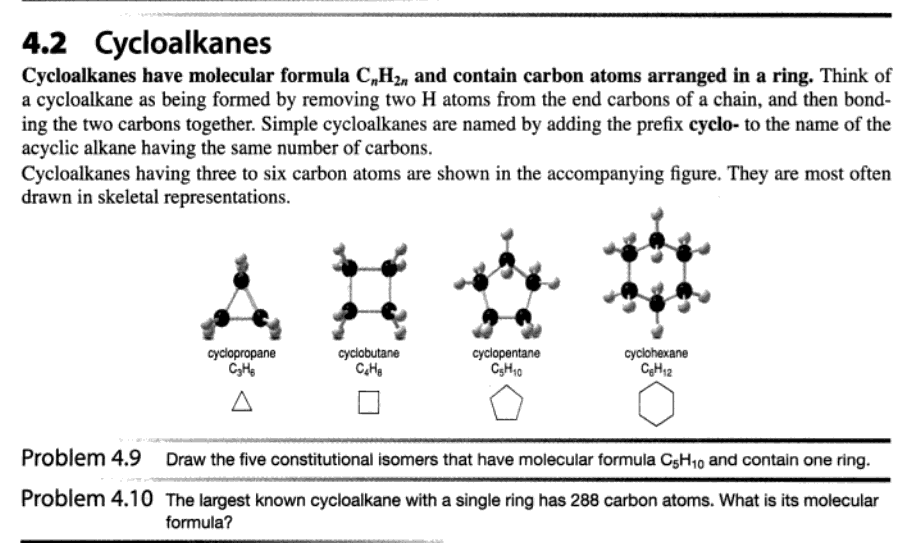 Not the answer you're looking for? Browse other questions tagged organic-chemistry reference-request hydrocarbons identification or ask your own question.

12
Largest alkane having a given alkane as its base name

2
What causes hydrogen abstraction in the radical chain mechanism of alkane halogenation?
3
Has a non-carbon-based form of life been discovered since 2010?
39
Is Hexafluorocyclohexane the “Most Polar” Small Molecule?
7
How can we accurately carbon-date samples from La Brea?
39
Five-pointed crown alkane C25H40: does it exist?
13
Does dinitratomethane exist?
9
Reaction of phenol and zinc dust
4
IUPAC naming of 1,2-disubstituted cyclohexane derivative
6
Hydroboration oxidation reaction on trans,trans,trans-1,5,9-cyclododecatriene with carbon monoxide
3
Quantitative measurement of ring strain