Why hydrogen bonding in some acids make them a stronger acid when it is present even before deprotonation?

If we take the example of salicylic acid, hydrogen bonding is present in the acid as follows:

Even after deprotonation, it has intramolecular hydrogen bonding as follows:

If the same reason accounts for the acidity of salicylic acid (o-hydroxybenzoic acid), then why is the H-bonding before deprotonation not considered (which should decrease the acidity of the compound)?

Some of the conformers of salicylic acid are given below, all of which are planar in configuration.$\mathrm{^{[1]}}$ 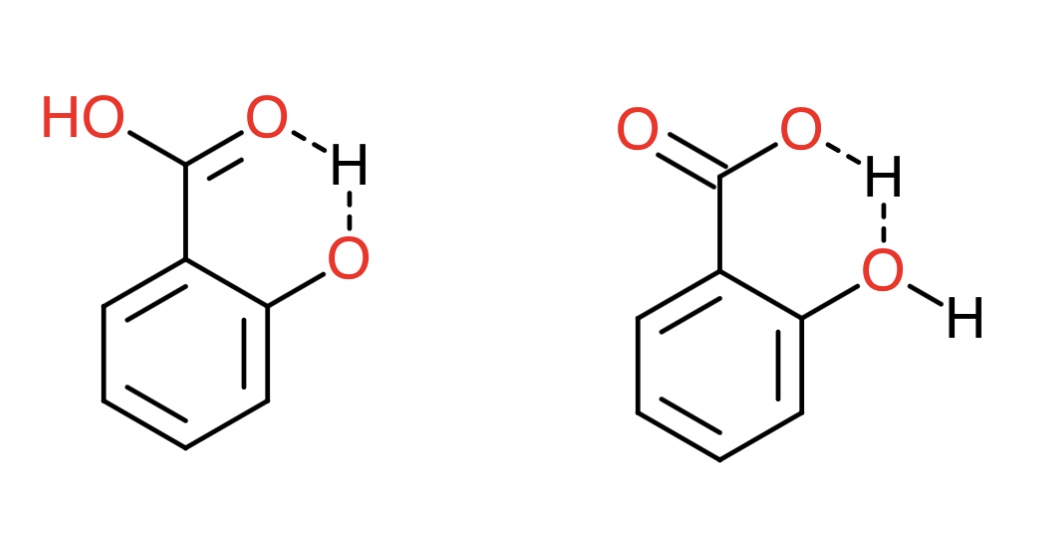 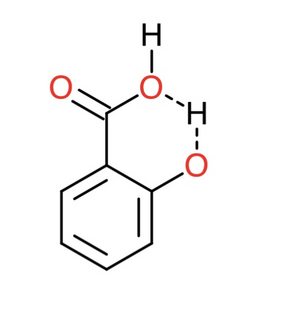 The molecule can adopt several conformations, although only one of them is highly populated and was assigned in IR experiments. The spectrum was recorded by Fiedler et al., $\mathrm{^{[2]}}$ in tetrachloride solution and indicated a strong intramolecular H-bond. The deviation of the OH −1 stretching frequency from that in phenol was 395 cm . The theoretically calculated deviation is 359 cm−1 at the B3LYP/6-311+G(d,p) level. The lowest-energy conformer is planar, the phenolic OH is a H-bond donor to the carbonyl oxygen of the syn carboxylic group. The =O...H distance and the =O...H–O bond angle were calculated at 176 pm and 145°, respectively. The second-most-stable conformer is higher in energy by 14.3 kJ/mol, where the phenolic OH is the H-bond donor to the syn carboxylic OH. Similar conclusions were drawn by Yahagi et al.,$\mathrm{^{[3]}}$ by interpreting the gas-phase IR frequencies of the phenolic OH.

Much more convincing is the fact that the lowest energy conformer has a fractional population distribution$\mathrm{^*}$ of nearly 99.7% which further supports the argument regarding the higher acidity of salicylic acid in comparison to its para isomer. The higher acidity of the compound thus is contributed by the first conformer. The lesser interaction of the carboxyl group’s acidic proton and the stability of the conjugate base due to hydrogen bonding thus increases the acidity of the compound.
Regarding detailed mechanism of acidity of salicylic acid you may refer this and this post in chemistry SE. You may further note that the other structures might have decreased the acidity of the compound if their population distributions would have been higher. The same has been mentioned in the published paper as given below:

In a former calculation by Nagy et al.$\mathrm{^{[4]}}$, the two conformers above were found also to be the most stable with MP2/6-31G*//HF/6-31G* energy separation of 13.7 kJ/mol and free energy difference of 12.1 kJ/mol at T = 298 K. All other conformers are much higher in free energy, supporting the estimate of Fiedler that the population of the lowest-energy form is 99.7%.

The other answer has given the major conformer of the protonated form of the o-hydroxybenzoic acid, but I believe there is a part of your question that still remains to be answered. You asked why the hydrogen bond makes the ortho-isomer more acidic than the para-isomer, when the hydrogen bond is already present in the protonated form of the ortho-isomer.

For an explanation of this, let's consider the ionization equilibrium of the ortho-acid:

Not the answer you're looking for? Browse other questions tagged organic-chemistry acid-base resonance hydrogen-bond inductive-effect or ask your own question.

75
Ortho-effect in substituted aromatic acids and bases
13
How to identify hydrogen bonds and other non-covalent interactions from structure considerations?
13
Why does hydrogen bonding in salicylic acid make it more acidic?
7
Why is ortho-hydroxybenzoic acid more acidic than its para-isomer?