How are the 3p orbitals of chlorine lower in energy than the 1s orbital of hydrogen? 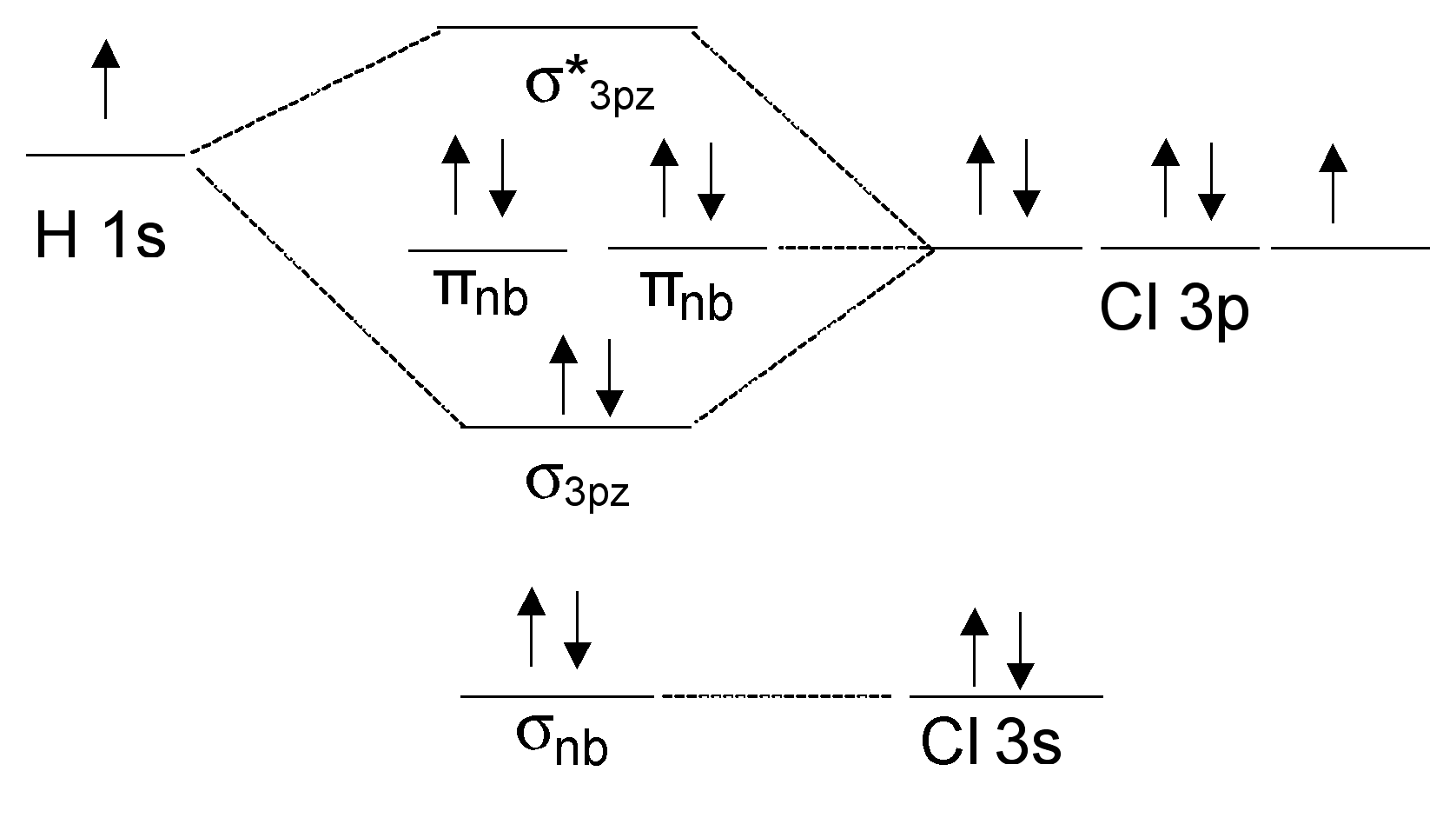 I'd say there are two important things to consider here: Firstly, $\ce{Cl}$ is more electronegative than $\ce{H}$. And secondly, as you proceed from the left to the right in any row of the periodic table, the s and p orbitals go down in energy. This is a consequence of the fact that the valence electrons do not screen each other effectively. Thus, the addition of one proton to the nucleus and one electron does not cancel; instead, the valence electrons "feel" an increased nuclear charge. The electronegativity difference and the reduced screening among the valence electrons seems to be enough to shift the $3\ce{s}$ and even the $3\ce{p}$ orbital of $\ce{Cl}$ below the energy of the $1\ce{s}$ orbital of $\ce{H}$. The experimental state averaged ionization potentials (IP) could serve as a good guide for the placement of starting orbitals in an orbital interaction diagram. For the $\ce{H}$ $1\ce{s}$ orbital you have an IP of $-13.6 \, \mathrm{eV}$. For the $\ce{Cl}$ $3\ce{s}$ and $3\ce{p}$ orbitals you have IP's of $-25.2 \, \mathrm{eV}$ and $-13.7 \, \mathrm{eV}$, respectively.$^{[1]}$ So, this indicates that the $3\ce{p}$ orbital of $\ce{Cl}$ does indeed lie slightly below the $1\ce{s}$ orbital of $\ce{H}$.

Here is a table of the experimental state averaged ionization potentials, in electron volts, for the main group atoms. However, those $\ce{p}$ atomic orbitals for groups 1 and 2 and for the $\ce{s}$ and $\ce{p}$ orbitals of the sixth row are not experimentally known and hence, calculated values (indicated by an asterisk) have been used.$^{[2,3]}$ The latter include relativistic corrections. The table is taken from the 2nd Edition of the book Orbital Interactions in Chemistry by T. A. Albright, J. K. Burdett, and M.-H. Whangbo. 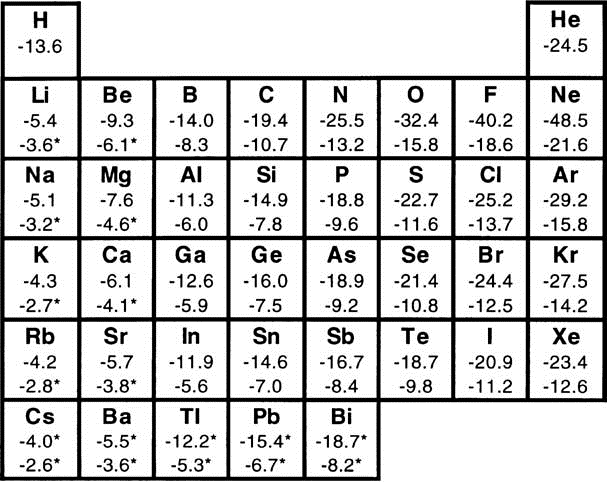 Not the answer you're looking for? Browse other questions tagged theoretical-chemistry quantum-chemistry molecular-orbital-theory or ask your own question.

0
In molecular orbital theory when two different atoms are combined, how do you tell which one is higher energy?
6
How can two electrons lie together in an orbital?
0
In the Lewis structure for barium fluoride, why does barium lose its valence electrons?
1
How do i make an molecular orbital diagram step by step?