will splitting a solution will keep the concentration values (and moles) the same? [closed]

I have this exercise from my H.W: 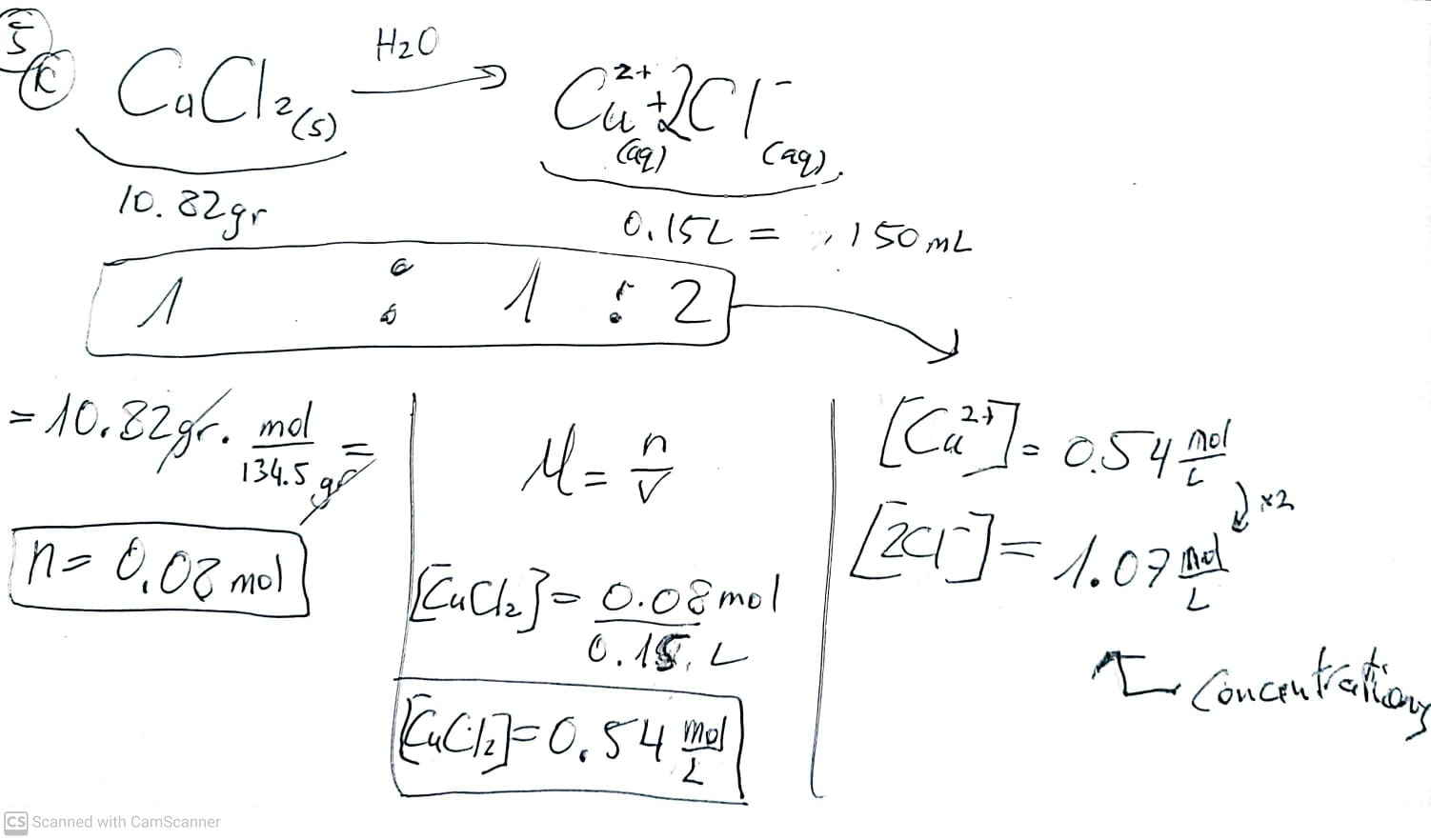 and I am asked: if we split the solution into 3 different containers equally -

for the first question, I answered 0.08/3 moles. my common sense say if I split something to 3 it will split equally. for the second I wrote that the Cl- concentration will not change from the original solution, but im not sure how to explain this.

Ignoring the handwritten notes, which are difficult to read (you can use "Markdown" language, instead), your common-sense answers certainly seem correct!

To explain the thought-process behind stating the concentration stays the same when splitting a solution, consider that if the ratio of solvent:solute is X, then the ratio of solvent/3:solute/3 is still X. You've simply divided the top and bottom of the equation by the same amount. Without the math, you've split off the solute and solvent in the same proportions that they originally had.

One might quibble that when dealing with picoscopic quantities, i.e. just a few atoms of each, one sample might have only one ion while the other had two, because chemistry doesn't split ions, but that's splitting hairs.

If the solution is Standarized, distributing equally the ions; then the concentration [C] is a ration of volumes for your complex formation.

When Vf1=Vf2=Vf3, then all 3 [C]f will have an approximate Concentration.

Ignoring solutions fugacity, Cl- ion concentration must be constant as well; it is likely to reach equilibrium way before complex formation.

The formation constant Kf for CuCl2- is 3e5, an amount will be in relation to the solubility product of CuCl Ksp 1.72e-7