I understood how to find aromatic nature of single aromatic rings (like benzene) or that of combination of rings which are independently aromatic, such that the electrons of one ring do not enter into another ring (like biphenyl).

However I don't have much clarity on finding the aromatic nature if electrons from 2 or more rings can delocalise into each other. 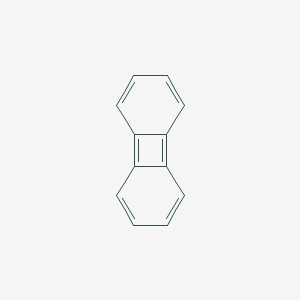 If I only look at the central ring it seems to be antiaromatic. However there can be resonance throughout the entire molecule that can cause it to be more anti aromatic. Also the top and bottom rings might have aromatic character on resonance in individual rings too. These are just my guesses so I don't know what is the actual nature of the compound, but I didn't understand why this compound would be stable if it is associated with some antiaromatic character? Please elaborate on this aspect

organic-chemistry aromatic-compounds aromaticity
Share
Improve this question
edited May 21, 2021 at 16:10

Antiaromaticity doesn't exist in states that are observable. Its extended presence is a contradiction to its definition. Instead the double bond system exists as an independent system instead of being conjugated. This effect is known as the Jahn-Teller Distortion. A very famous example of said effect is cyclo-butadiene which exists in the form of a rectangular compound as explained in this answer

Proof that this is also the case in biphenylene is as follows:

Taken from the wikipedia page on biphenylene, (emphasis mine)

[...] Questions of bond alternation and ring currents have been investigated repeatedly. Both X-ray diffraction and electron diffraction studies show a considerable alternation of bond lengths, with the bridging bonds between the benzenoid rings having the unusually great length of $\pu{1.524 Å}$. The separation of the rings is also reflected by the absence of the transmission of NMR substituent effects through the central [4n] ring. However, more sensitive NMR evidence, and particularly the shifting of proton resonances to high field, does indicate the existence of electron delocalization in the central [4n] ring. [...]

Taking into consideration the fact that the molecule is planar and that the two six-membered rings are known to be $\pu{1.52 A}$ apart and assuming that the charge density around the molecule is uniform, we calculated the chemical shifts between the ortho and meta hydrogens due only to ring currents in two cases, i.e., two ring currents (0.13 ppm) and three ring currents (0.34 ppm). The chemical shift for the two ring-current case is in good agreement with the experimentally determined value (0.105 ppm), but it should be borne in mind that ample physical chemical evidence exists to show that the six-membered rings are not entirely independent electronic systems.

Not the answer you're looking for? Browse other questions tagged organic-chemistry aromatic-compounds aromaticity or ask your own question.