Rearrangement in dehydration of alcohol

I came across the following problem in my book:

Now my confusion is how will cyclohexene be obtained? I read that primary alcohols dehydrate by E2 mechanism because of formation of a primary carbocation. Further I read in Solomons organic chemistry that rearrangement in Primary alcohols occur due to the reversibility of the reaction: 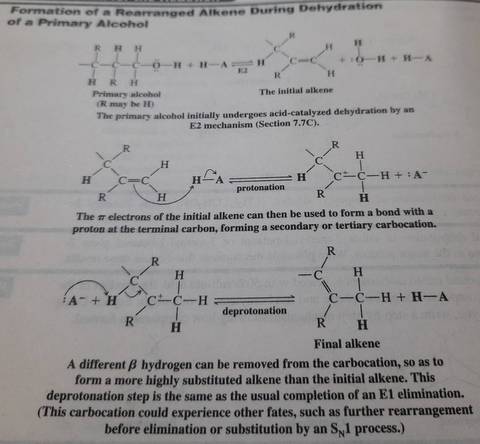 So I tried to figure out the mechanism: 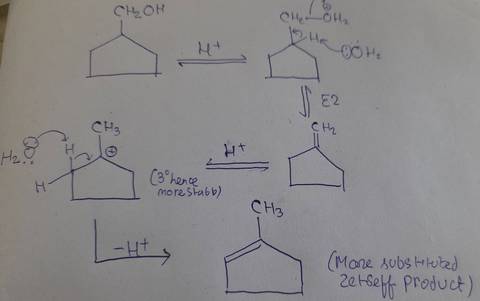 So I am unable to find how cyclohexene will be obtained. For ring expansion to take place there must be positive charge on the alpha carbon but in E2 mechanism there is no possibility of carbocation formation

organic-chemistry reaction-mechanism alcohols
Share
Improve this question
edited May 18 '21 at 4:43

Concentrated sulphuric acid is a highly acidic medium and thus it very exclusively prefers the $E_1$ mechanism over $E_2$ mechanism and thus a carbocation is surely formed in this conditions.

The example you provide proceeds through the following mechanism: