I am currently learning the coordination compounds and encountered a new isomerism called linkage isomerism.

Linkage isomerism is of major interest in the field of inorganic chemistry. Linkage isomerism occurs when an ambidentate ligand such as $\ce{NO2, SCN,}$ etc. binds to the metal center. Nitro-nitrito metal complexes can be regarded as good examples of linkage isomerism. It must be noted that the $\ce{NO2}$ group can be coordinated to the metal atom in different ways such as nitro (via the nitrogen), nitrito (via oxygen), chelating via both oxygens (nitrito-O,O′), and bridging nitro, usually via nitrogen and oxygen atoms (Ref.1): 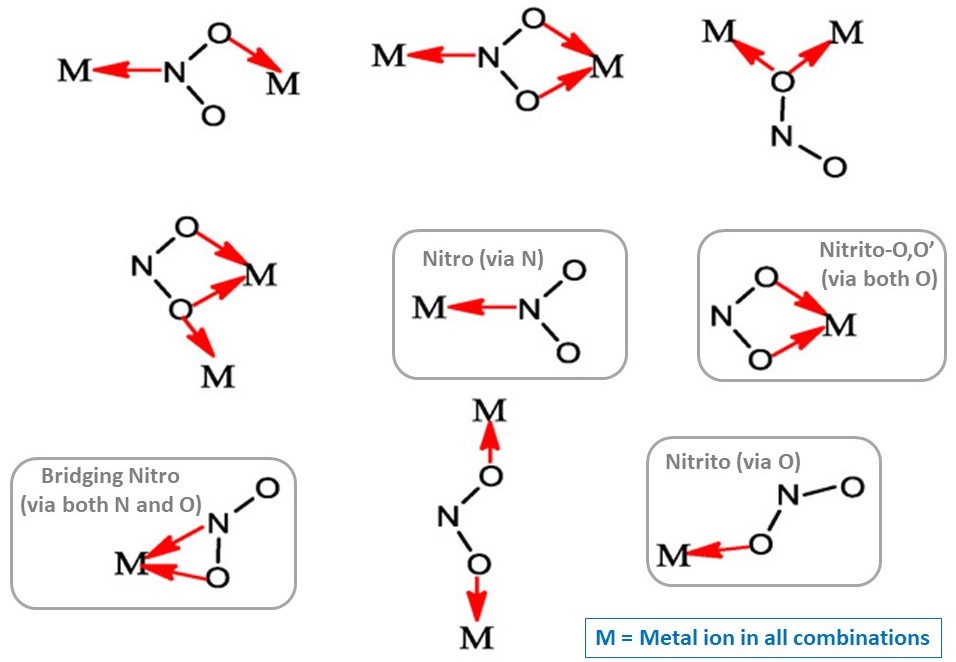 Source of diagram: Modified from Ref.1

Amongst various coordination modes, above diagram shows not only $\ce{NO2}$ is capable of having the wide range of binding modes in mononuclear metal complexes, but also its potential tendency to act as a bidentate ligand in some cases.

Not necessarily! It is not easy (at least not as easy as OP described it) to synthesize specific linkage isomer. It has been shown that the coordination mode of nitrite ion depends on its nature and the stereochemical environment which surrounds the metal ion (Ref.1 & references there in).

These specific compound have been synthesized. Thus, there should be ways to such synthesis. However, I'm not qualified to give you a definitive answer for that question. Inorganic coordination chemistry expert would be the most qualified one. Yet, references in here including Ref.1-3, and references there in would give you better view. For instance, Ref.3 has described a ways to synthesize $\ce{Cu(NO2)2}$ and $\ce{Mg(NO2)2}$ complexes. Both metal showed nitrito-O,O′ (as bidentate) coordination with different stabilities.