What is an example of chemical reaction that can be assisted by both an inorganic catalyst and an enzyme?

I have been researching chemical reactions of inorganic catalysts and enzymes and cannot find a chemical process where an inorganic compound can be replaced by an enzyme (or vice versa) and have the same products. I have looked at article after article with no luck.

What is an example of chemical reaction that involves an enzyme that can be replaced by an inorganic catalyst?

organic-chemistry catalysis enzymes
Share
Improve this question
edited May 10 '21 at 6:43

It can be catalyzed by catalase, which has one of the highest known turnover numbers, or by an inorganic catalyst such as manganese(IV) oxide or lead(IV) oxide.

This has been suggested for instance as an educational project by the University of York (see references).

There are many many examples of reactions that are usually done in biological systems with an enzyme, but can be done outside in the lab with general acid or base catalysis.

Take for example the hydrolysis of phosphate esters, which form the basis of the links between successive bases on the same strand in DNA or RNA. 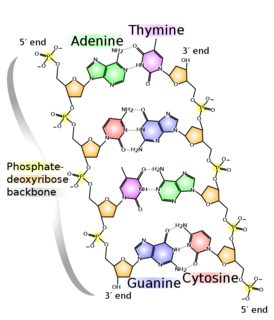 The general phosphate hydrolysis reaction is:

Usually $\mathrm{Nu\!:}\,$ is $\ce{H2O}$ for hydrolysis. Inside the body, the reaction is done by alkaline phosphatase enzymes. You can also carry out the reaction with strong acid or strong base in aqueous solution.

However, the enzyme is extraordinarily fast with a 2nd order rate constant of $\mathrm{1.2\times 10^6\, M^{-1}s^{-1}}$ [2]. A lot of current research is focused on trying to make mimics of the phosphatase enzyme that would be able to cleave DNA outside of biological conditions.

Apart from this, there are other reactions such as carbon dioxide hydrolysis (carbonic anhydrase), starch digestion (amylase) etc. which can be done with acid/base catalysis without the enzyme.

Sucrose inversion (hydrolysis of sucrose into fructose and glucose).

Done with invertase — that's how human body breaks it down and that's how bees make honey.

Done with any acid at elevated temperature (like 100 to 150 °C) — that's how one can make a sugar syrup in the kitchen.

What "fixing" nitrogen means it taking the–very unreactive–dinitrogen molecule which is the major component of air and turning it into something that is more reactive and can be used by plants to make, well, more plants (since nitrogen is an essential part of most important biological molecules).

Not every plant can do this (which leads to important discoveries in agriculture like crop rotation). The plants that can fix nitrogen don't actually do it themselves but use symbiotic microorganisms (which, in the case of legumes, live in the plants' roots). These microorganisms use a series of nitrogenase enzymes to do the conversion from the atmospheric nitrogen. Until the 19th century this was the major source of nitrogen for biological systems and it severely limited agricultural yields (there just isn't enough animal poop on the planet and even that, ultimately, is derived from nitrogen fixed by plants).

In the early 20th century a german chemist, Haber, worked out how to do it with a chemical catalyst based on iron and some expensive industrial plant (the other sort of plant, pipes and machinery, not the green photosynthesising kind). The process was improved and commercialised by BASF where Haber worked with Bosch (both got Nobel prizes for their work).

The process turns nitrogen into ammonia which is still one of the major bulk products of the chemical industry and can be turned into many other useful things. Initially the goal was fertiliser. For the first time agricultural yields could be greatly improved without relying on crop rotation or a supply of other existing nitrogen compounds. Of course ammonia is also useful for making nitric acid, essential in explosives, so the world immediately used it to kill many of the extra people it could now feed.

Even today the industrial process is important (we still need fertiliser and we still like to kill each other with bombs). But many useful chemical feedstocks for more benign compounds (plastics, drugs, cleaning agents...) are, ultimately, derived from the process.

Not the answer you're looking for? Browse other questions tagged organic-chemistry catalysis enzymes or ask your own question.

3
Binding Energy and Enzyme Rate
1
Do catalysts shift equilibrium constant towards 1?
1
What is the chemical equation for the digestion/decomposition of cellulose?
1
Synthases vs Lyases - nomenclature
4
Catalyst discovery
5
How do enzymes affect a reaction's equilibrium?