How can a compound having a plane of symmetry be Chiral?

The compound( Given in the image below) is treated with $\ce{excess H2 in Pt}$. 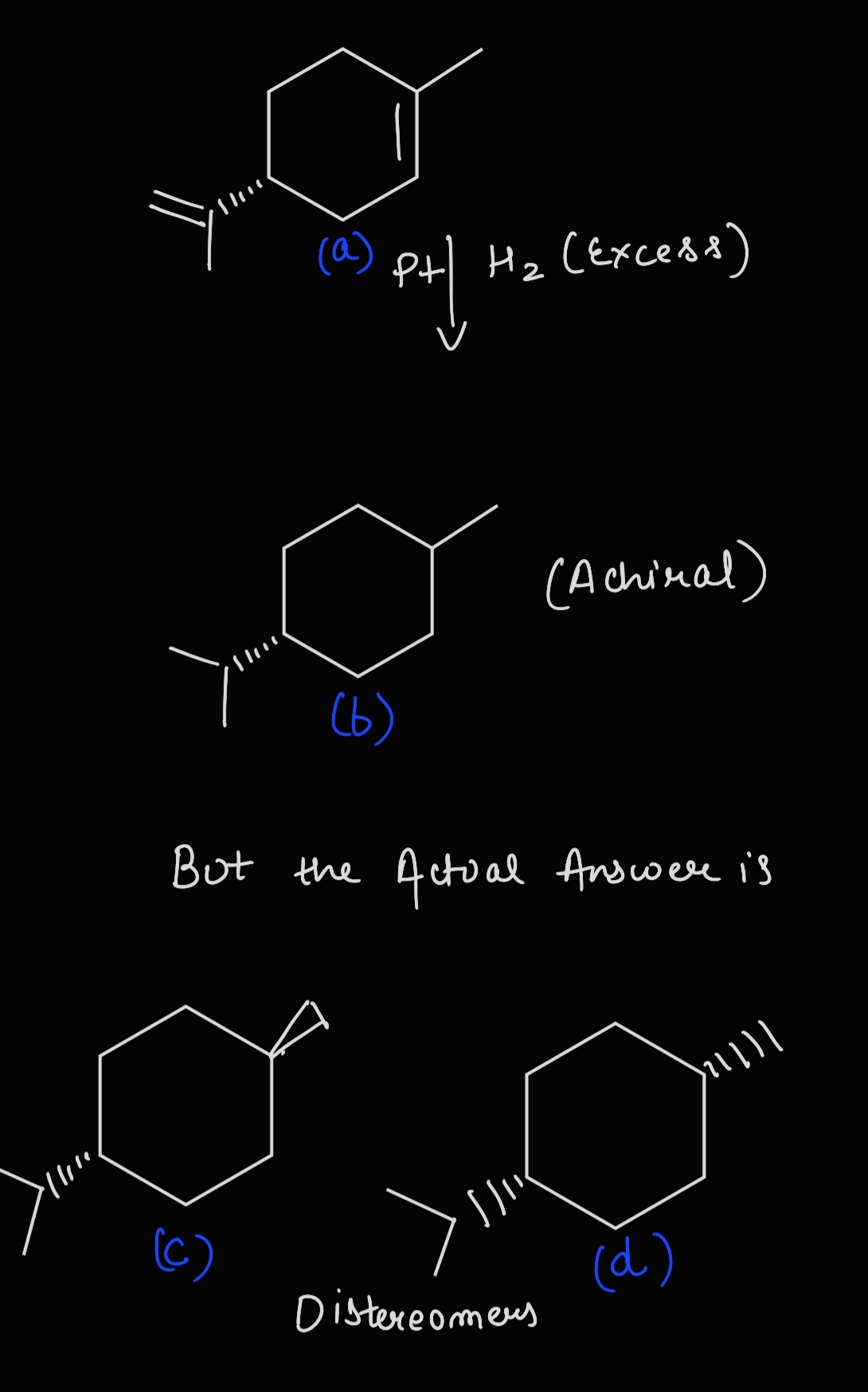 Q1 - How is the chirality center at the top right even a chiral center, as the carbon has 2 identical groups attached to it?

Q2 - How is the compound as a whole a chiral compound? As far as I'm aware, compounds having a plane of symmetry (passing through the two 'chiral' centers in this compound) are supposed to be achiral?

organic-chemistry stereochemistry chirality
Share
Improve this question
edited May 9 '21 at 7:33

I think you are getting confused between chirality and E-Z isomerism in cyclic structures. So let's clear that up first.

For a basic E-Z isomerism definition:

[OP]How is the compound as a whole a Chiral compound because afaik Compounds having a plane of symmetry(Which passes through the two chiral centers in this compound) are supposed to be achiral.

You're right. This compound does possess a plane of symmetry. However, that only means it can't form enantiomers. It can very well form diastereomers (in this case a pair of E-Z isomerism).

Some further examples to illustrate the point: 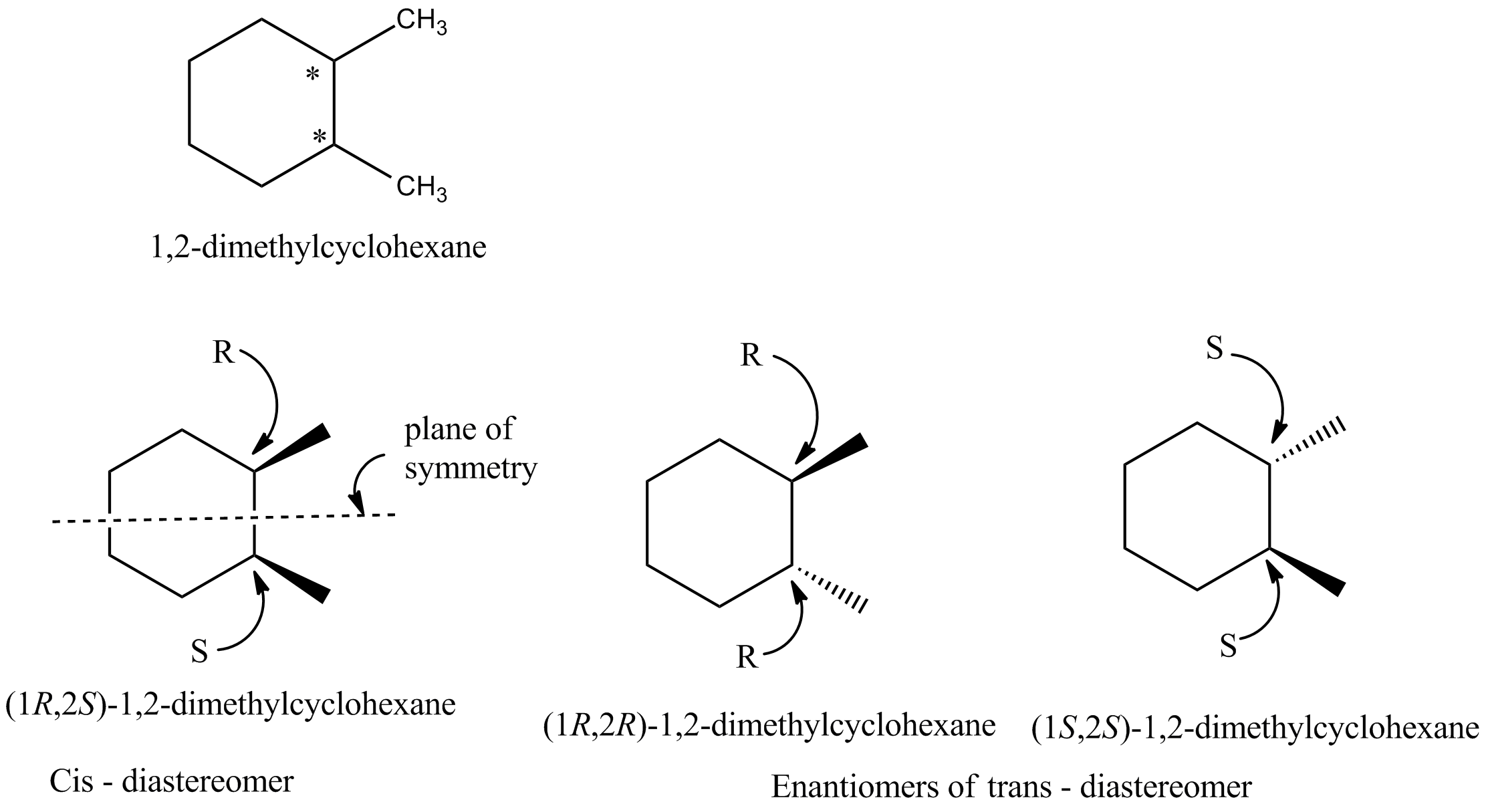 The trans isomer is achiral, meaning this structure doesn't have enantiomers. However, it still has a cis diastereomer which can show chirality. 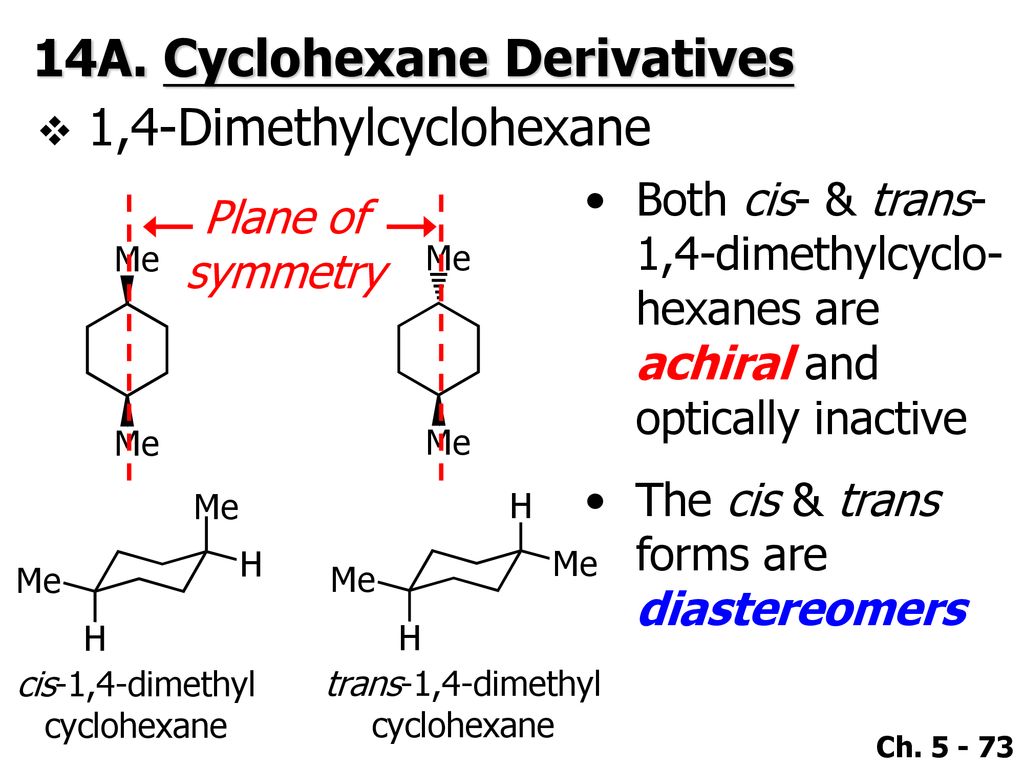 Image courtesy I'm sure you must've figured out by now, that the carbon on top isn't a capable of showing optical isomerism. However, due to the dissimilar substituents present ($\ce{H\text{ and } CH3}$), the compound can show cis-trans isomerism. Further reading:

6
How to check for geometrical isomerism in cyclic compounds?