What are these crystals on my champagne cork?

I opened up a bottle of champagne that was left in a wine cooler for approx. 8 years. To my astonishment there were small crystals at the underside of the cork.

The crystals are colorless, odorless and have no specific taste at all. What is going on here? 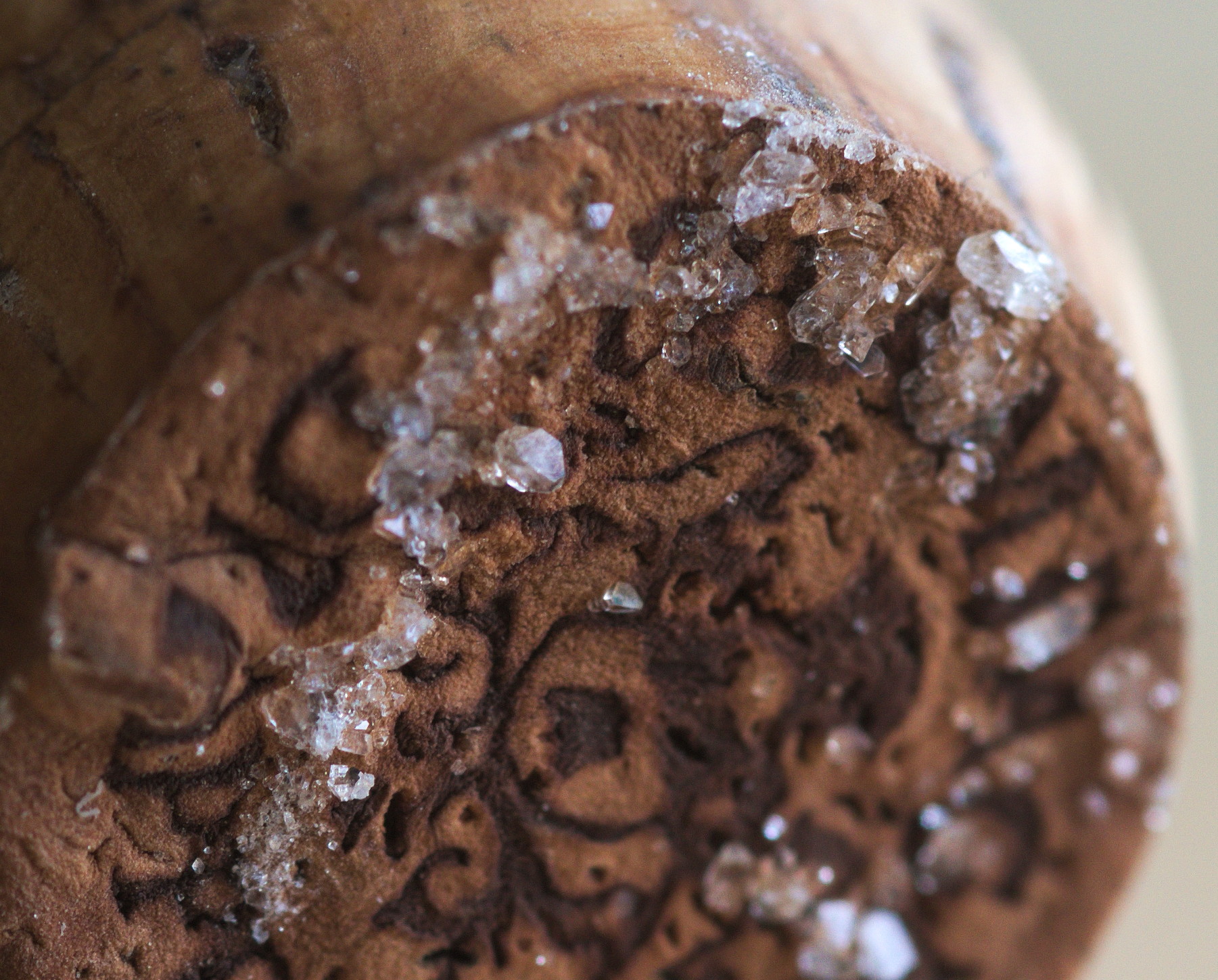 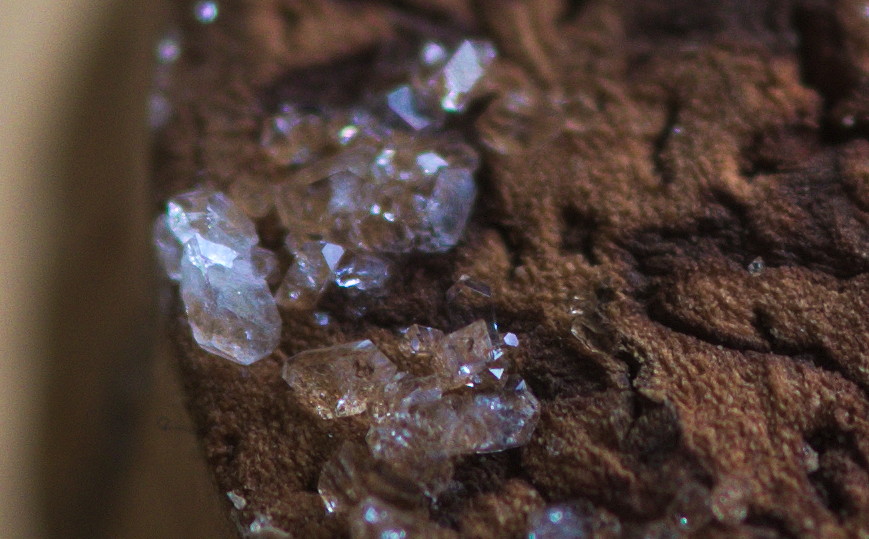 They are potassium bitartrate crystals (source).

The crystals form because the potassium bitartrate is not very soluble.

Since solubility is a function of temperature, when wine is chilled the solution can become saturated, causing the precipitate to form in the bottle. Stabilizers are often added to prevent this.

In your case, the precipitate is on the cork, and so what I think has happened is that some wine soaked into the cork, perhaps while the bottle was moved. Then later, the bottle was stood upright or on its side where the wine could not reach the cork. As the wine evaporated back into the bottle, the local concentration of potassium bitartrate increased until it reached the saturation point, at which point the crystals grew. Since the crystals take a very long time to dissolve once formed, they will persist even if wine reaches the cork again.

The good news is, they are harmless (especially good news given that you tasted them - please don't make tasting strange crystals a habit!). They are made of the same substance that cream of tartar, which is a common baking ingredient, is made of.

Not the answer you're looking for? Browse other questions tagged everyday-chemistry biochemistry crystal-structure or ask your own question.

11
If salt crystals make a cube shape, what is this 'X' marking?
2
How do we identify left handed and right handed crystals?
2
Why do sealed plastic bottles of pop collapse as the contents get old?
4
When heat is increased, does water move upward in a straw due to increased capillary action or increased pressure?
7
I (might) have accidentally combined these mold-killers at home: Any adverse reactions?
2
What is the crystal structure of Calcium Acetate?
5
Unexpected result (sodium hypochlorite & steel wool)
2
Lysozyme crystals versus NaCl