Orbital Interaction for electrophile and nucleophile

As on the diagram 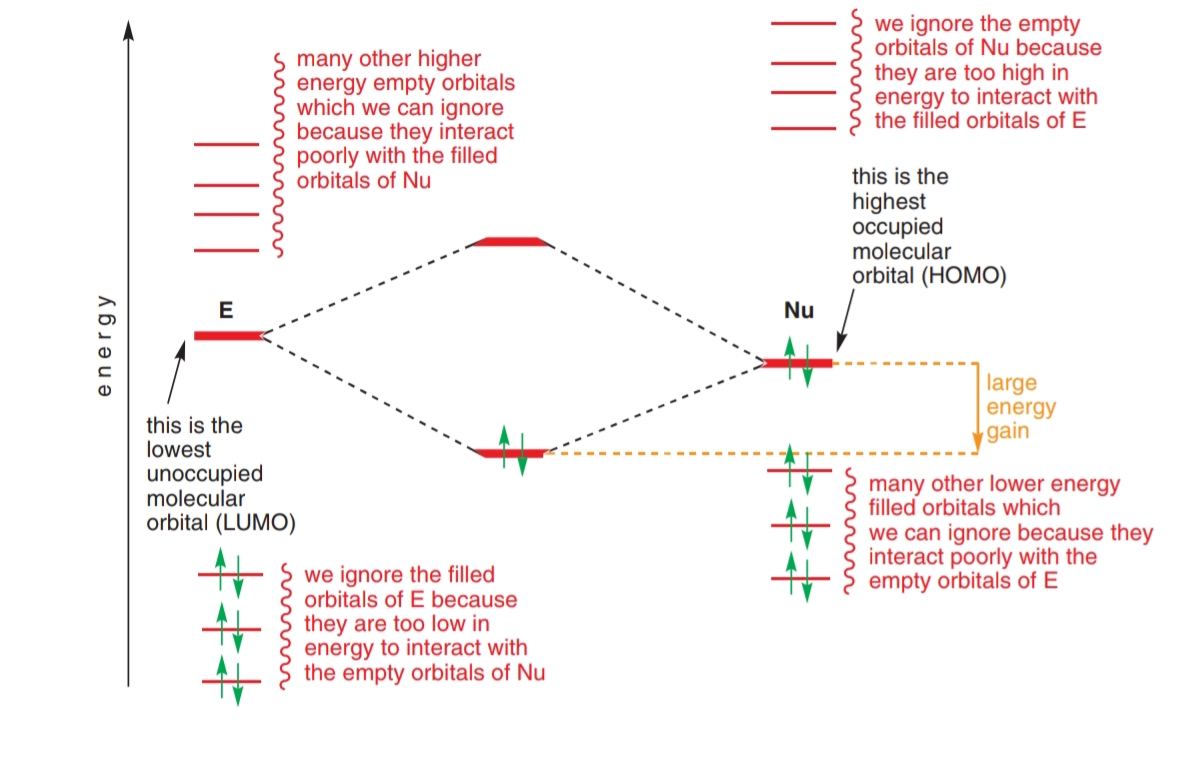 on page 111 on Organic chemistry by Clayden, it is stated that the empty orbitals of Nu are too high in energy to interact with the electrophile. But if the HOMO energy is higher than the vacant orbital of electrophile will the reaction not be feasable?

2
Why is the HOMO always lower in energy than the LUMO?

5
Energy of eclipsed and staggered conformations of ethane and propane
17
How to rationalise with MO theory that CO is a two-electron donor through carbon?
4
Lowering energy in molecular orbital mixing
4
When is donation into an anti-bonding MO stabilising?
5
Which atom bears the negative charge in cyanide? I am confused by the MO diagram
0
Adding cyanide vs nitrite for nucleophilic substitution and why does it change when we use silver salts for it
6
Nature of a1g Molecular Orbital Interactions in Ferrocene