What type of reaction is this? (Modified organic nucleoside synthesis)

What type of reaction is shown in step F of this patent image?

I tried looking it up in SciFinder, but I didn't get any results, and I have not seen this before. 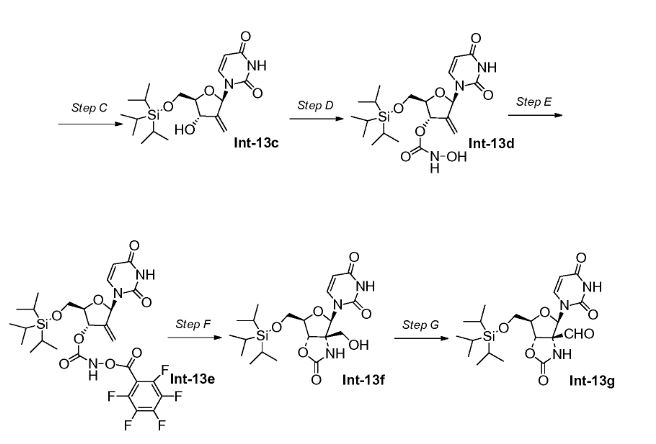 Edit 1: I'm also wondering if there is a specific name for this reaction, so that I can look it up. Edit 2 Yes I'm sorry I forgot the reagents. The patent number is WO2014078463A1 (Bennett et al.) and I included a screenshot below of the relevant description.

My thoughts are along the lines of @Andrew and @Waylander. Step F doesn't tell us much, @orthocresol! I prefer a cyclization, 1 $\rightarrow$ 2a, followed by hydrolysis of ester 2a to alcohol 2b. Alternatively, N-O bond homolysis with light would probably involve a cage mechanism. 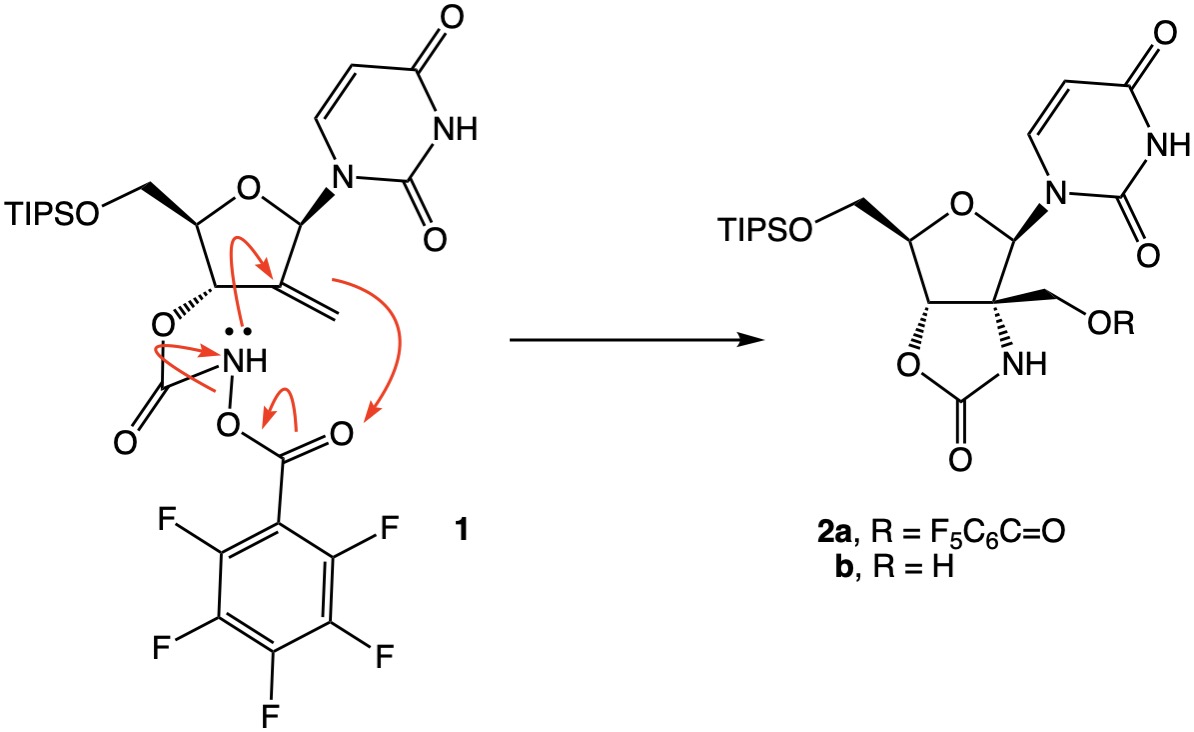 EDIT: I miss read the image and saw a carbonyl group where there was an alkene. This explanation has been changed.

This is my guess on what is occurring (an electrophilic addition to an alkene):

Nitrenium species have been exploited as intermediates in organic reactions. They are typically generated via heterolysis of N–X (X = N, O, Hal) bonds. For instance, they are formed upon treatment of chloramine derivatives with silver salts or by activation of aryl hydroxylamine derivatives or aryl azides with Brønsted or Lewis acids. The Bamberger rearrangement is an early example of a reaction that is now thought to proceed via an aryl nitrenium intermediate. They can also act as electrophiles in electrophilic aromatic substitution.

Below is a scheme for the predicted mechanism. 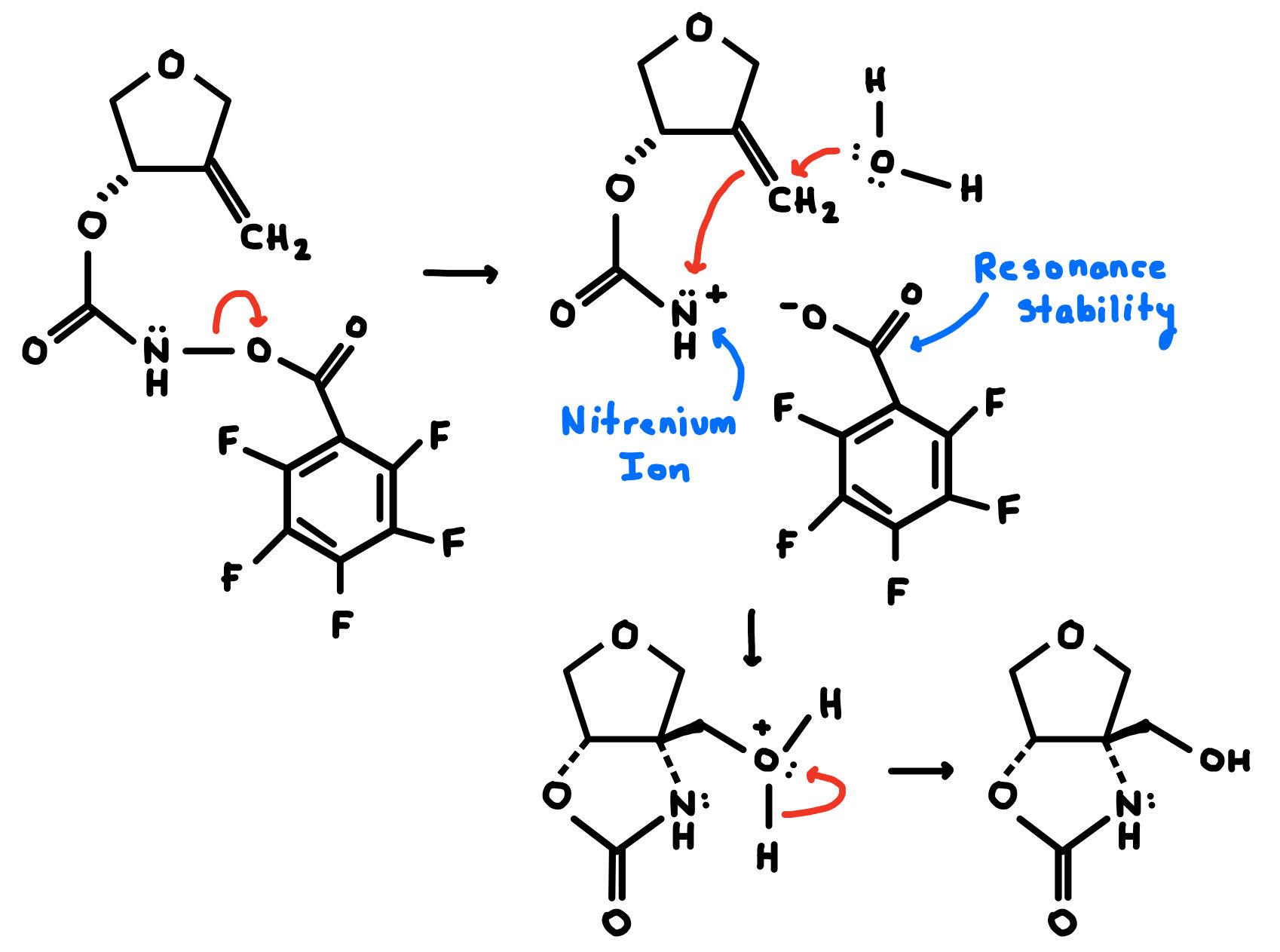 3
Organic synthesis problems
2
Synthesis of phosphonate salt not working
0
What type of reactions are used in this synthesis?
4
How does one properly do this alkali melt? (Pfleger's indigo synthesis)
2
Nucleoside/nucleobase chemical synthesis
7
Choosing reaction stoichiometry in organic synthesis