What is the mechanism of formation of alkali metal superoxide?

I was studying about alkali metals. I can get how oxides and peroxides are formed.

In alkali metal oxides, both of the bonds of the dioxygen molecule first undergoes homolytic cleavage, then the nascent oxygen gets two electrons from two metal atoms.

In alkali metal peroxides, one bond of dioxygen molecule undergoes homolytic cleavage and this results in formation of O-O with one unpaired electron on each oxygen then 2 metal atoms donate their electrons to each of the oxygen.

But how superoxides are formed?

Getting to know the superoxide anion radical

Hayyan et al. (2016) have studied and characterized the formation of the superoxide anion radical, $\ce{O2^.-}$. This chemical entity forms as a result of the reduction of diatomic oxygen

There is some conflicting data on the reactivity of this radical, however it can be isolated:

This chemical species can be synthesized in a myriad of ways. It is actually an intermediary in the mitochondrial respiratory chain and it plays a really important role in the activity of respiratory and immune defense systems. 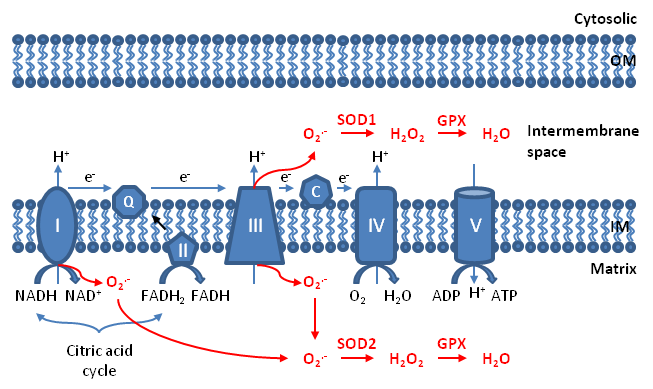 Superoxide can be generated not only enzimatically (as it has been previosuly mentioned), but also electrochemically, photochemically and photocatalitically. Usually, it is either hydrogen peroxide or the peroxy radical used as target-molecules for the synthesis of this species.

As mentioned earlier, crossing the boundary between diatomic oxygen and superoxide can be done in mutliple ways. Photochemically, this leads to the formation of solvated electrons in the reaction mixture. One electron can attack one oxygen molecule, forming superoxide. Holroyd et al. have concluded in 1978 that photochemical composition of water is the main process leading to the formation of $\ce{e^-(H2O)n}$. The hydroxyl anion $\ce{OH-}$ that forms after the primary dissociation can absorb energy and disproportionate into hydroxyl radical $\ce{OH^.}$ and a solvated electron.

Superoxides of alkali metals have been heavily documented, as well as their synthetic pathways. These alkali cations (such as potassium, sodium and even rubidium and cesium are referred to as superoxide carriers in this context). Zhdanov et al. (2004) have studied the kinetics of synthesis of potassium superoxide. The chemical environment in which this reaction was carried out is alkaline solution of hydrogen peroxide.

Apart from the hydroperoxide species (which involves proton exchange between hydrogen peroxide and the hydroxide species), there has been observed an exchange leading to the formation of an intermediate adduct:

Being a weak acid, hydrogen peroxide enters, under certain conditions, into an exchange reaction with potassium hydroxide to give an intermediate adduct $\ce{K2O2*H2O}$ (potassium peroxide diperoxohydrate).

It is this intermediary that disproprotionates upon mild heating into the superoxide species:

This is the most widely used method for obtaining these salts. It is different from the photochemical/electrochemical methods, since the superoxide radical is only generated in situ (if, at all).

Recently, an in situ method was proposed for preparing superoxides by integrating $\ce{H2O2}$ with aqueous $\ce{KOH}$ or sodium hydroxide ($\ce{NaOH}$). $\ce{NaO2}$ was generated by mixing $\ce{NaOH}$ and $\ce{H2O2}$ in aqueous media under ambient conditions (eq 3). $\ce{NaO2}$ is generated by the rapid formation of alkali peroxide, followed by its decomposition in excess $\ce{H2O2}$. However, this method did not provide alkali superoxides in a powder form. By contrast, it was stated that, in this in situ method, $\ce{O2^.-}$ can be generated in solutions for diverse applications.

Two different mechanistic pathways are known for the synthesis of superoxide-based alkali metal salts. One of them involves directly the $\ce{O2^.-}$ species (obtained electrochemically, enzimatically or photochemically) which gets to react with the alkali metal's exposed surface. 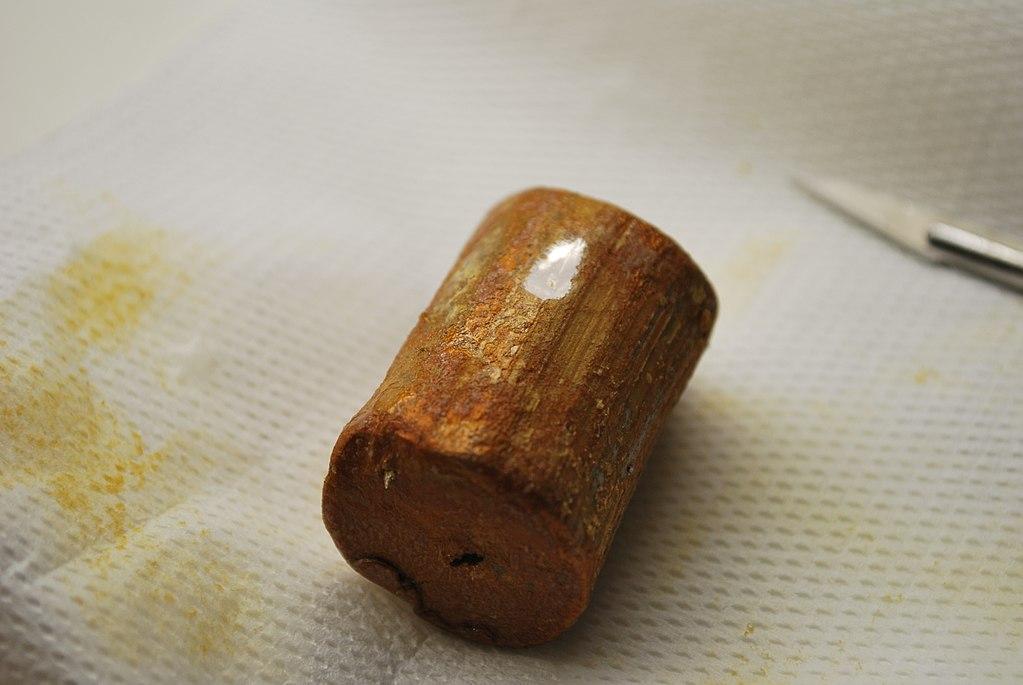 The other mechanism involves the disproportionation of the alkali peroxide-hydrogen peroxide adduct, freeing the superoxide species in the reaction mixture (apologies, but I have found no concrete mechanistic details for this rather bizarre disproportionation).

Not the answer you're looking for? Browse other questions tagged bond alkali-metals or ask your own question.

13
Why isn't water an ionic compound?
19
Why is an ionic bond a chemical and not a physical bond?
4
Are the Phosphate and Sulfate ion diagrams with double bonds an invalid picture?
2
Forming the resonance structures for the nitrite anion
1
Does a covalent bond constitute of 1 or 2 electrons?