Why do unbonded electrons exist in pairs?

Basically the term which we use to refer them is lone pair. In Lewis structure why we represent those unbonded electron in pairs. Like here (structure of SO2) 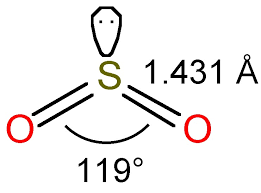 Here if we assume both the unbonded electrons to be existing in pairs then it's geometry will be different from what we would observe in case when both electrons exists freely (without pair).

So why we basically consider those electrons to be existing in pair? Is it any kind of observation or any theory or both?

Why unbonded electrons exits in pair

Unbonded, non-bonded or lone pair electrons are terms used to describe electrons that surround an atom, but don't play a direct role in bond formation. Importantly, these electrons do not always exist as lone pairs where the electrons reside in a common orbital. Sometimes they exist as single non-bonding electrons residing in separate orbitals.

Let's compare the non-bonding electrons in water to those in molecular oxygen. Here is an illustration of the molecular orbital arrangement for water. As we fill the orbitals with electrons according to the Aufbau Principle we arrive at the point where we have two electrons remaining and the next available molecular orbital is the $\ce{1b_1}$ orbital. According to Hund's Rule, we must place these two electrons into this orbital with their spins paired. The result is that we have two non-bonding electrons paired up in the same orbital - a lone pair of electrons.

Let's next examine the situation in $\ce{O2}$. Here is the molecular orbital diagram for $\ce{O2}$. As we again fill the orbitals with electrons according to the Aufbau Principle we again arrive at the point where we have two electrons remaining and the next available molecular orbital is the $\ce{\pi^{x}_{g}}$. But we see that there is a second orbital at exactly the same energy (degenerate) and it is the $\ce{\pi^{y}_{g}}$ orbital. According to Hund's Rule, rather than put both electrons into one of these orbitals, we place just one electron in each of these two degenerate orbitals. So while $\ce{O2}$ does have two non-bonding electrons, they are not paired up - there is no lone pair, these electrons exist in separate orbitals and $\ce{O2}$ consequently has a triplet ground state resulting from these two unpaired non-bonding electrons.

The first reaction they show is UV light being used to break $\mathrm{Cl}_2$ gas into $2\mathrm{Cl}$ radicals, each with a single lone electron, forming free radicals. These radicals could be used as free radical polymerization initiators, or for other reactions.

The theory behind it is more quantum mechanics than I can remember, but I know it involves the Pauli exclusion principle and Hund's rule.

Not the answer you're looking for? Browse other questions tagged bond electrons lewis-structure valence-bond-theory or ask your own question.