Why do only some metals make protective oxide layers?

Almost all Alkali metals and Alkaline Earth metals react with air to form their respective oxides, but why does only Magnesium forms a protective oxide layer? What properties of magnesium oxide allow it to form a layer?

The simple answer is that metals which form sufficiently insoluble oxide layers stifle the very process which caused the oxide layer in the first place.

It's not just a matter of energy of formation of the oxide, but whether the first reaction product formed will be soluble or insoluble, then whether it will be adherent or non-adherent. In the case of the alkali metals, the oxide may be adherent (reaction with oxygen produces a layer that sticks), but is so soluble that it dissolves in water and refreshes the metallic surface. Likewise in the case of the alkaline earth metals - even $\ce{CaO}$, which is almost insoluble, is soluble enough to give a pH of 12.5, and soluble enough to be non-protective.

Now, magnesium oxide is quite insoluble, but probably is on the surface as $\ce{Mg(OH)2}$, a secondary product. You might consider that $\ce{Mg(OH)2}$ is $\ce{MgO}$'s failed attempt to dissolve and go away from the surface. Instead, it precipitates, and not only that, it adheres quite well. So further reaction with water is inhibited. However, if you heat the water, the $\ce{Mg(OH)2}$ becomes more soluble, and corrosion proceeds, although not as fast as sodium reacts. In flowing hot water, where the $\ce{Mg(OH)2}$ could be carried away, corrosion would be faster; in a flask, stirring would exert a similar rate increase.

The effectiveness of $\ce{Mg(OH)2}$ as a stifling passivator may be related to its layer structure: 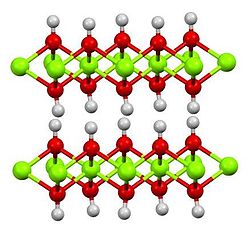 (File from Commons, by User:Smokefoot) 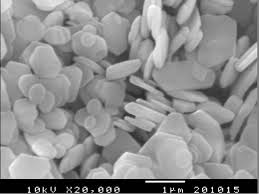 Corrosion on aluminium is stifled by an adherent, quite insoluble oxide, but not completely: the oxide layer continues to thicken, and corrosion continues, diminishing, but never stopping completely. Nature never sleeps.

Iron rusts with $\ce{H2O}$. Iron oxide could be adherent (it is on stainless steels, when mixed with some chromium), but unfortunately, pure iron oxide tends to form a hydrate which has a greater volume than the oxide, and as it forms, it peels away from the metal surface, leaving bare metal or a very thin layer of oxide, which can still corrode. Chloride ion is especially effective in promoting the continuation of corrosion on iron and steel (even stainless) and aluminium. 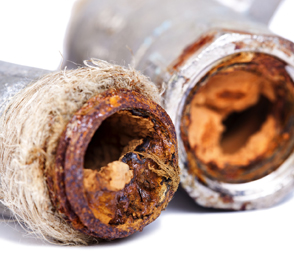 Not the answer you're looking for? Browse other questions tagged inorganic-chemistry metal oxides or ask your own question.

9
Why does polonium form acidic oxides?
13
Is beryllium an alkaline earth metal?
29
Why do the alkali metals form different products upon combustion in air?
5
Comparison of alkali and alkaline earth melting points - MO theory
8
Reaction between magnesium metal and sodium hydroxide: Does this even happen?
5
Why are bicarbonates of alkaline earth metals stable only in aqueous solution?
3
Do metals react with ammonia gas (not liquid phase)?
1
Does sanding the oxide layer of a magnesium sample break bonds?
15
On heating in the Earth's atmosphere, can magnesium react with nitrogen to form magnesium nitride?