Does the SDF format have any benefit over SMILES?

The eMolecules page for example offers a complete dataset containing ~26 million structures. They're providing it either as a 300 MB SMILES archive or 6 GB SDF archive (1.5 GB and 50 GB uncompressed respectively).

Does the SDF file contain any information about the chemical structures, that the SMILES format does not contain? 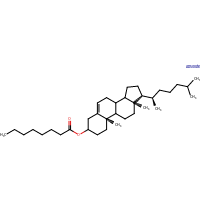 The same record in SMILES: 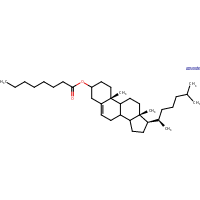 Obviously it is mirrored. Since I am no chemist, would it make any difference for you? Should I expect more discrepancies like that, even more complicated ones?

The question stated differently: Does it give a scientist searching for a catalogue of structures a real benefit when using the vastly more explicit SDF format? From a programmer's perspective, carrying around gigabytes is far more difficult than megabytes, so the benefit should be reasonable.

In my experience, the most relevant type of information that a (classic) SMILES does not encode, whereas a SDF does, is about stereochemistry.

This distinction is made in an SDF by a specific 'flag'.
See 'chiral flag' in this Wikipedia page:

Going even further, one can decide to have within the same molecule separate groups of 'absolute', 'and' and even 'or' stereocenters, all of which can be encoded in special versions of SDF's.
See 'enhanced stereochemical representation' in this document, for instance:

A classic SMILES can't tell you any of this, so when you only have a SMILES string and no additional information, you may 'assume' that it represents the depicted species and nothing else; but I can assure you that doing that can be the source of endless trouble, especially when the representation is used to buy real chemical samples from vendors, or even just for statistical modelling.

Imagine for instance a case where the substance that the originator of the SMILES 'means' to represent is in fact an 'and' mixture (thus of at least 2 enantiomers). If you had an SDF, you would know that for sure, because the 'chiral flag' would be 0. But with only a SMILES you don't know.
Say you have biological activity data associated to this SMILES. The activity might have been caused by the depicted species, or by its mirror image.
But if you do not consider that, you will associate one specific 'absolute' species to activity, maybe the wrong one, just because you don't know any better.

PS
Unfortunately I must disagree with some of the comments above.
SMILES can perfectly encode salts and solvates. Fragments in a SMILES are separated by '.'.
As for the inversion of the stereocenters when converting a SMILES text to representation, well that for sure should never happen, so if it does, there is something wrong in the software. There are very clear and unambiguous rules to decide how to convert '@' and '@@' to the correct configuration - otherwise it would be pretty useless, to be honest.

These two formats have different purposes. SMILES encodes only covalent connectivity while SDF also (in principle) specifies the conformation of the molecule (by including atomic coordinates).

SMILES doesn't attempt to represent the three-dimensional structure of the molecule. For instance, the alkane tail of your molecule is quite flexible and is likely to occupy many different rotamers at standard temperature. SMILES does not specify a rotamer. On the other hand, SDF includes the three-dimensional coordinates of each atom. While you can generate atomic positions from a SMILES representation, that would require energy minimization using some model of bonded and nonbonded forces or a quantum chemistry calculation. SDF explicitly specifies the conformation, which could come from an empirical force field, quantum chemistry, or experiment, like NMR or x-ray crystallography. Or the atomic coordinates could just be generated automatically from a two-dimensional diagram (as in your example) or just be complete garbage.

So you should note that the atomic coordinates in the file you include all have z components of zero. This is not at all a realistic conformation for your molecule. At minimum the cyclohexane rings would be puckered and there is no way for most of the hydrogen atoms to be in the same plane as everything else. Just because an SDF file includes atomic coordinates, doesn't mean these coordinates are any good.

tldr; SMILES is often used as a compact format for chemical database searching

The SMILES representation is a compact string format indicating the atom-bond graph including stereochemistry.

In some cases the SDF may include additional information not possible to store in a SMILES. It will almost always include 2D or 3D coordinates for layout, so presentation is helpful.

Because the SDF allows arbitrary key/value property storage, there have been several extensions. Most notably there are efforts to support "zero-order bonds" for metal coordination, e.g.:

In this particular case, there doesn't seem to be a lot of chemical information in the SDF beyond what's in the SMILES. (I'd guess that the SDF are auto-generated from the SMILES.)

One other caveat. The typical "v2" SDF indicated above is limited to 999 atoms and 999 bonds. Many programs support the v3000 SDF with larger molecules, but YMMV.

In principal, there's no limit to the length of a SMILES, although I suspect many programs would choke on something really big (e.g., >32k atoms).

4
Open Source SDF (Chemical Table File) Parser in any language
10
What databases or repositories are there that have generalized SMILES for functional groups?
5
What are the disadvantages of using the InChI format?
2
Obtaining number of functional groups in a compound from SMILES, SDF or MOL2 format
6
What is the best way to convert SMILES strings to file names?
4
Converting SMILES to .sdf files
10
How to get the SMILES of all compounds on PubChem?
2
INCHI-1 software input format(s)?
3
How to implement SDF format?