Why Inorganic chemistry reaction mechanisms are hard to find?

My textbook Chemistry Part 1,as in the attached photo states that[after the KClO3 reaction] “This reaction which apparently seems to be of the tenth order is actually a second order reaction. This shows that it takes place in several steps.” If that is so, then as stated above it, all higher order inorganic chemistry reactions must have some sort of mechanism. But it is really hard to find the mechanisms(many a times one cannot find them). Why is that so??. 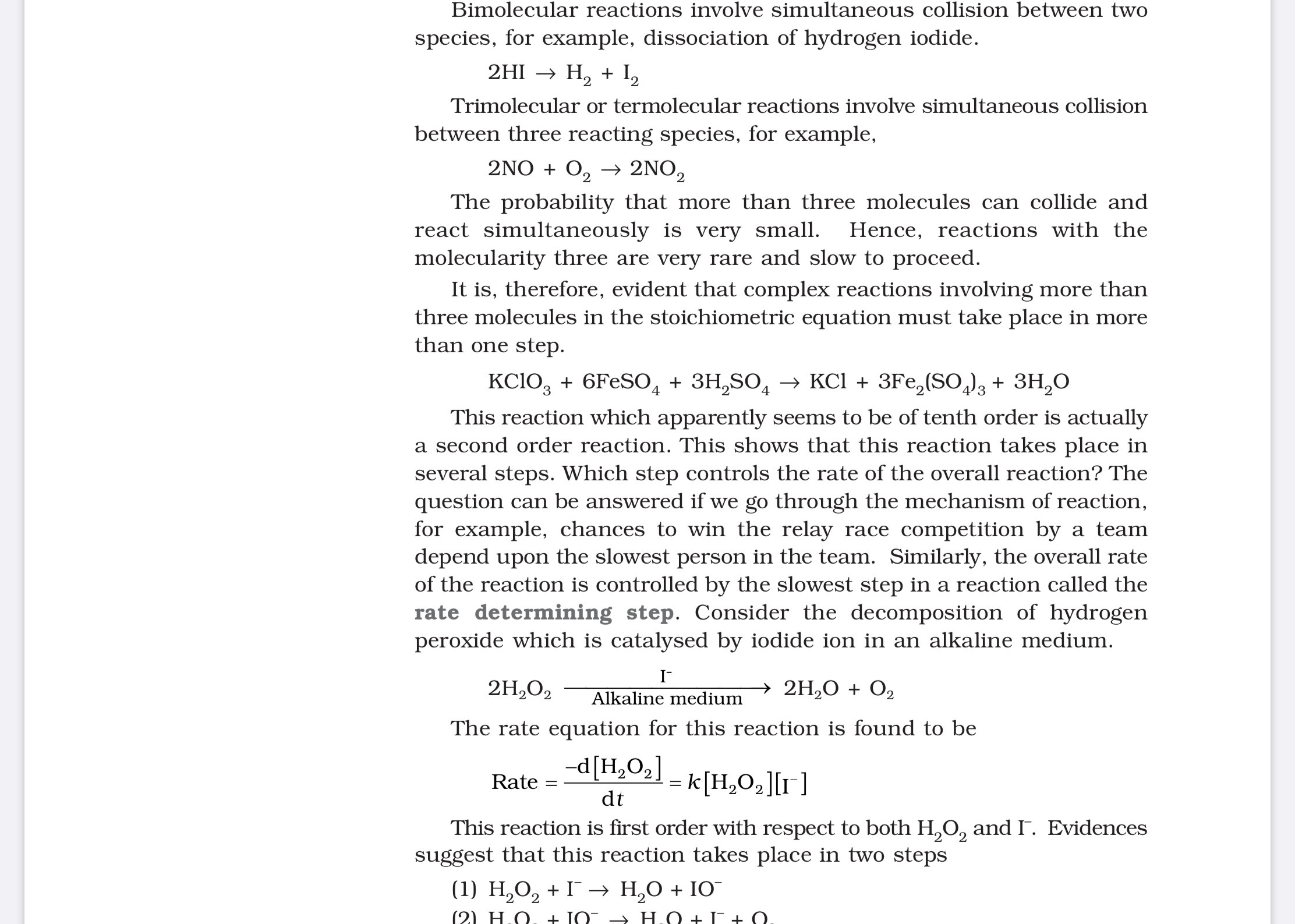 Reactions can be of order $0, 1 , 2$ or $3$ , but never more. No collision may happen between more than three particules simultaneously. If an equation is written with more than $4$ substances on the lefthand side, it means that the corresponding reaction is a sum of several elementary reactions.

Mechanisms in inorganic reactions are hard to establish because they are made of a lot of successive reactions, in cascade. And each step is so quick that it cannot be studied. For example your oxidation of $\ce{Fe^{2+}}$ ion by $\ce{KClO3}$ is probably a series of at least $6$ steps which are all nearly instantaneous : To be able to study such a mechanism, the $6$ intermediate states must be observed for at least some nanoseconds. If the intermediate states are too short living, all we can do then is to make hypothesis without experimental arguments.

Not the answer you're looking for? Browse other questions tagged inorganic-chemistry reaction-mechanism or ask your own question.

8
Thiosulphate acidic decomposition
12
Inorganic chemistry reaction mechanisms
3
Corrosion of iron: no electron pushing mechanism?
4
Mechanism for the reaction between trisilylamine and hydrogen chloride
6
Order of reactivity of substrates towards Wurtz reaction
2
Equilibrium with an E2 step