How does the anti-bonding eg orbital (eg*) affect the bonding of ligands?

In the molecular orbital for octahedral metal-ligand complexes, there is an eg orbital and an eg* orbital. When the d orbitals on the metal split, it will fill up some of the eg* orbitals I believe. However, my question is that won't these orbitals cancel out with the eg orbitals and make fewer bonds? For example, $\ce{Ni^{2+}}$is a $\ce{d^8}$ metal and will split in the presence of ligands and will partially fill the eg* orbitals. The $\ce{Ni^{2+}}$ metal can then form complexes like $\ce{[Ni(H_2O)_6]^{2+}}$ with 6 ligands attached. My question is how would the filling of the eg* orbitals affect the bonding and chemical properties of the compound? Here is the diagram I am referencing to: 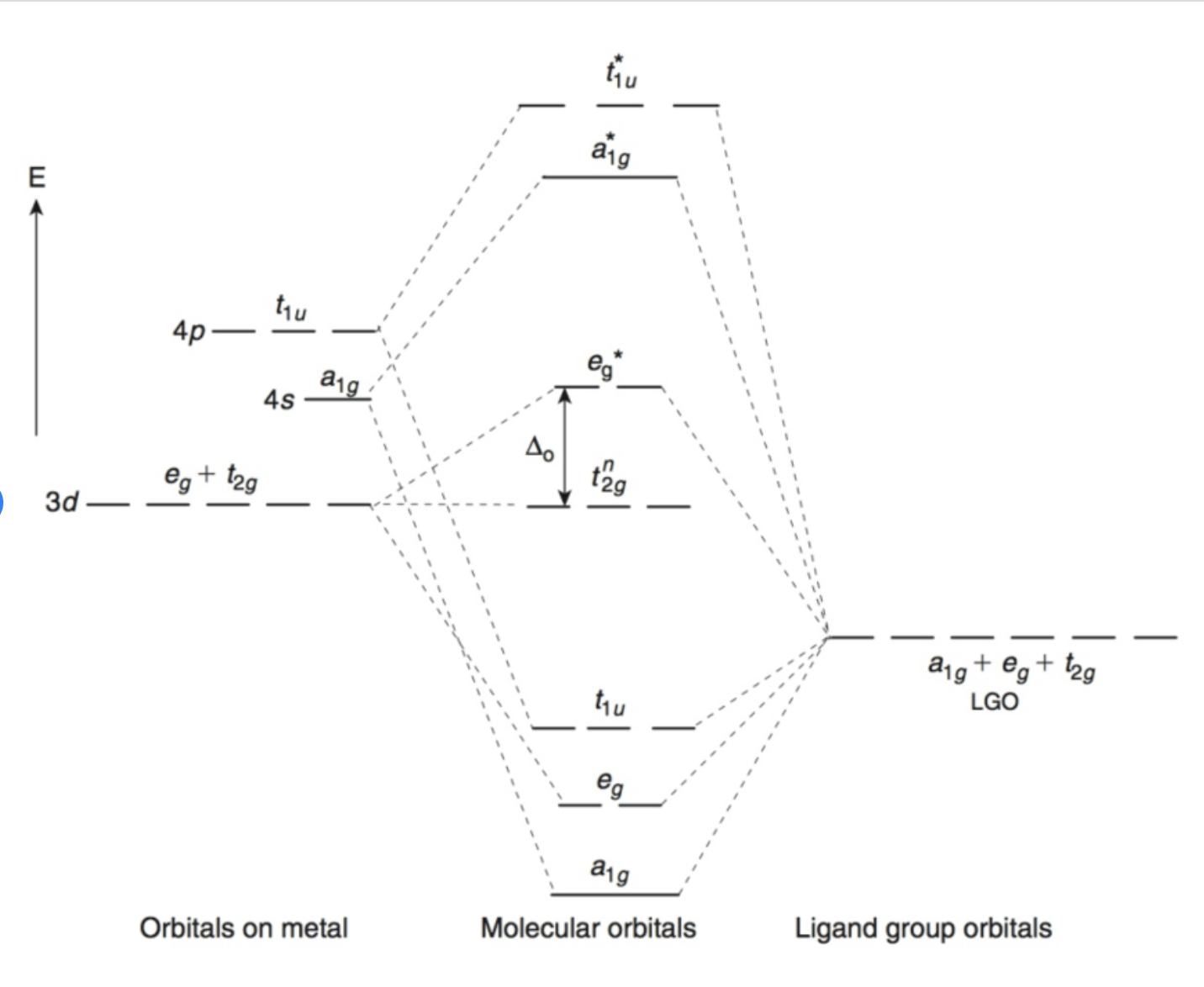 As you would expect from increasing occupancy of antibonding orbitals, the result is weaker metal-ligand bonding. This is one reason why the octahedral geometry is not as strongly favored for metals with greater numbers of d electrons. For a d8 metal such as the Ni(II) in the example, square planar and octahedral complexes are both common, and planar structures tend to be favored if the ligand is strong enough to result in a low-spin planar complex (as is often the case with Ni(II)). Only a weak field ligand like H2O will tend to form octahedral complexes with Ni(II).

A semi-quantitative approach to this issue is found in "structure energy" approximations and determination of "structure preference energy". Although that approach is not rigorously quantitative, it will show you trends.

It is important to note, though, that even with full occupancy of the eg antibonding orbitals (for example in a d10 metal like Zn(II)), octahedral complexes are possible. One can think of the sigma bonding in that case as being essentially entirely via the s and p metal orbitals, similar to a p-block central atom such as S in SF6.

Not the answer you're looking for? Browse other questions tagged inorganic-chemistry coordination-compounds ligand-field-theory or ask your own question.

2
Which d-orbital configurations form an octahedral complex?
7
Why does Co2+ have 7 electrons in the 3d orbital, and not 5 like Mn?
2
Which complexes are stable: ammine complexes or carbonyl complexes?
3
Does crystal field splitting energy Δ increase going down a group of transition metals if the ligands are weak field?
3
Why do ligands approach along the axes?
0
About Fe(III) and Fe(II) coordination complexes
3
Order of filling electrons in Jahn-Teller energy diagram