What qualifies to be considered as a lone pair-lone pair repulsion?

Referring to, NCERT Chemistry Part I, Textbook for Class XI[1]. 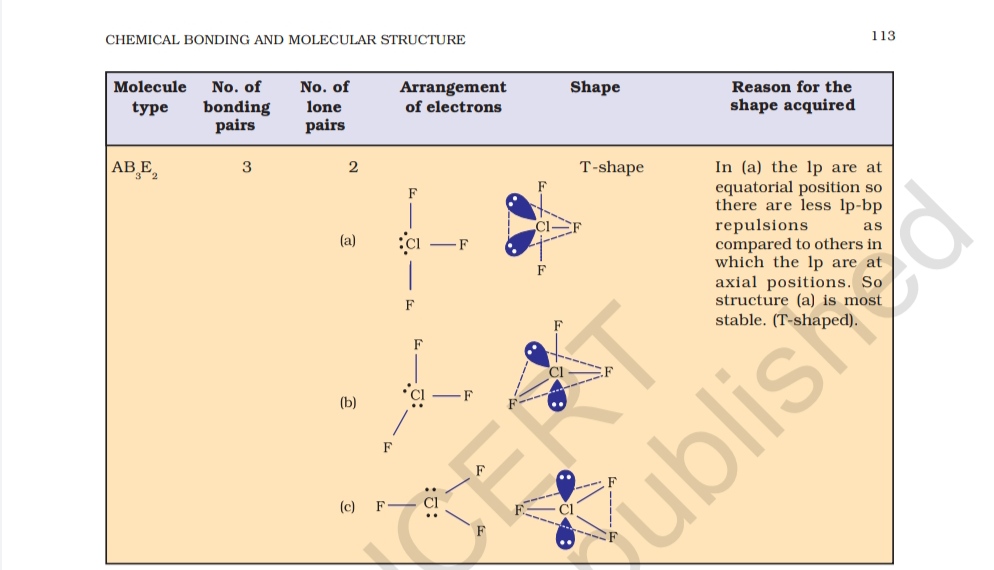 That got me thinking what actually qualifies as a lone pair lone pair repulsions. Is it when the lone pairs are at an angle equal to or less than the 90° or is it something else?

When applying VSEPR, imagine that the various electron pairs occupy "orbitals", in essence volumes shaped like balloons, protruding from the central atom (in this case chlorine). The electrons ("orbitals") repel each other.

Which repulsive interaction is strongest?

One assumes that, placed in equivalent relative positions (angles), LP-LP (LP=lone pair, BP=bonding pair) repulsion is strongest, followed by LP-BP and then BP-BP. The idea is that bonding electrons are more distant from the central atom, whereas nonbonding (LP) electrons are held tightly by the central atom and therefore represent a more "concentrated" charge, and therefore repel other electrons most strongly. The repulsion is also stronger the smaller the angle between the electron pairs.

Such arguments are not transparent, they are based on a crude method that only approximates the "real" electron distribution. The experimental geometry is in fact a distorted version of (a), with the LP-BP angles slightly greater than right angles ($>90^\circ$).

My practical advice is to simply remember that according to VSEPR lone pairs are always placed in the equatorial plane in trigonal bipyramidal electron pair geometries (those with 5 pairs). See for instance the following table: 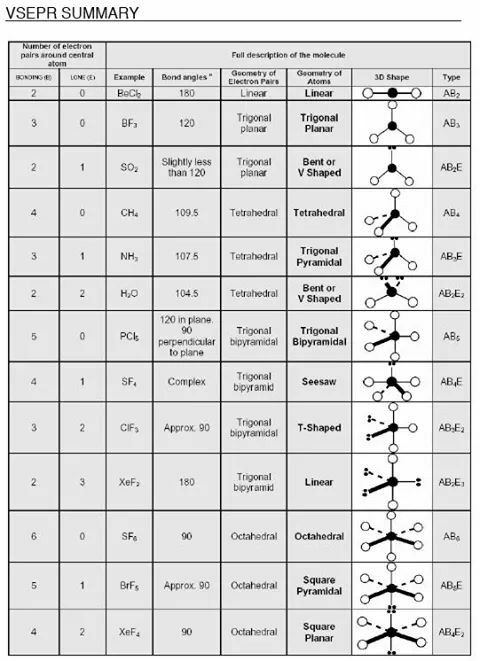 Not the answer you're looking for? Browse other questions tagged inorganic-chemistry molecular-structure halides vsepr-theory or ask your own question.

22
What is the favoured geometry of chlorine trifluoride?

2
Nitrogen lone pair electrons on 2-acetyl-1-pyrroline
6
Cyanide ion non-bonding/lone pair?
6
Are these reaction equations for the formation of the brown ring complex correct?
0
Is the axial position more suited for a lone pair or an electronegative element?
6
Why do the lone pairs of electrons first occupy axial positions before occupying equatorial positions for species with octahedral geometry?
0
Why is there a lone pair in thionyl fluoride?
4
Why do selenium , tellurium and polonium have more negative electron gain enthalpy than oxygen?