I was hoping to learn more about the types of splitting observed in inorganic molecules such as S=PF2H. I am familiar with the typical splitting patterns associated with the study of organic molecules studied by C and H NMR. We know that H and F have a spin of 1/2, in reading about the effects of fluorine in on H NMR, it appears that fluorine relaxes in a similar way to protons when pulsed by a radio frequency. Since the two nuclei have the same spin but are different types of nuclei altogether and impact each other according to the Nuclear Overhauser Effect, what kind of signals would be given by an H NMR for the molecule? Would we see signals corresponding to fluorine given that it has the same spin as the proton?

The everything OP and orthocresol discussed in the comment session is in this reference book (Ref.1). I include its PDF file (Ref.1) for benefits of OP and future readers. An example of coupling is depicted in the following figure (from Ref.2): 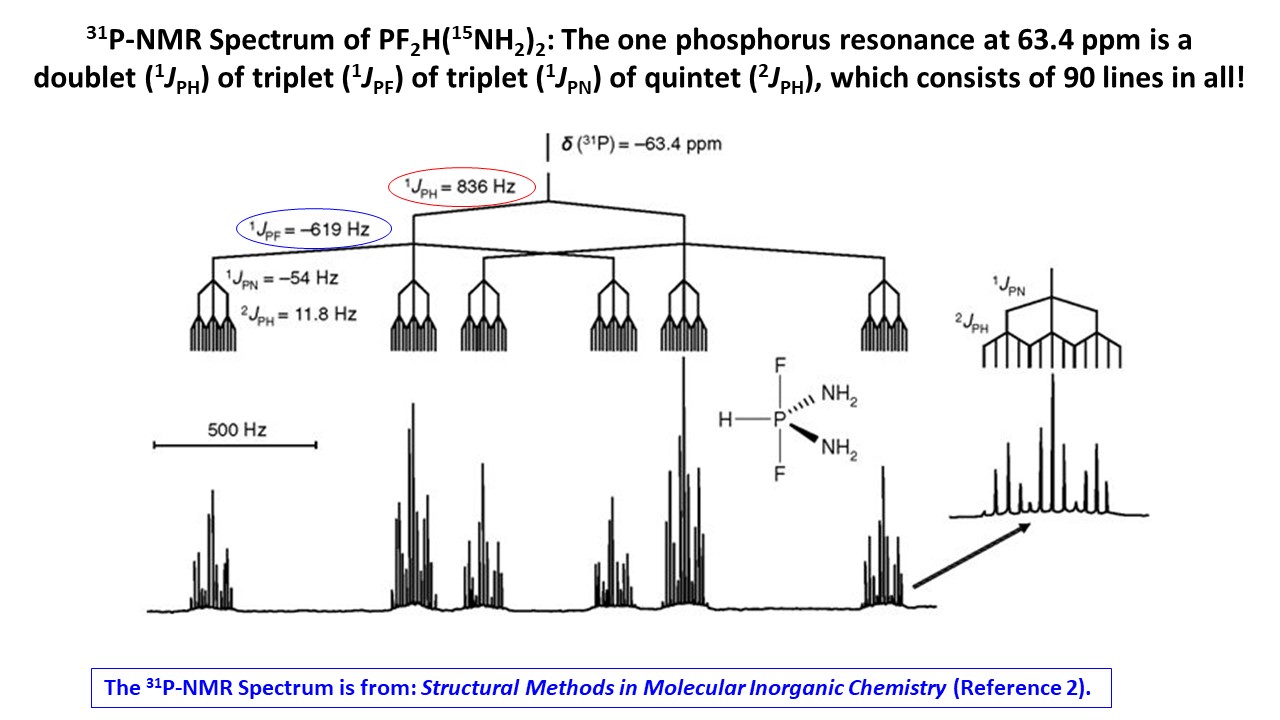 This particular spectrum consists of 90 peaks due to additional coupling of $\ce{P-^{15}N}$ coupling. If the compound is not labelled with $\ce{^{15}N}$, the number of peaks would reduced to 30 peaks, a relatively simplified spectrum, but still complicated coupling pattern of doublet of triplet of quintet.

Not the answer you're looking for? Browse other questions tagged inorganic-chemistry nmr-spectroscopy or ask your own question.