I am aware of the regioselectivity of silyl enol ether formation at an unsymmetrical ketone under 'thermodynamic conditions'.

Does this selectivity extend to systems containing more than one ketone group?

In other words, if some starting material were to contain two ketone groups, under 'thermodynamic conditions' with one equivalent of TMSCl, would the overall most substituted double bond product be formed in majority?

I am particularly curious about the specific example below as it would form part of a solution to a synthesis problem I've been working on. I fear that here, assuming the answer to the above is yes, the somewhat conjugation-supported product might be formed between both carbonyls instead? If this is the case I would protect the lower ketone as a ketal which wouldn't be unhelpful as my next intended step is a Mukaiyama-Michael, which might pose another selectivity issue due to possible competition with Mukaiyama-Aldol (?). Naturally, I just want to avoid using protecting groups.

I apologise for the crude appearance of my ChemDraw-ings. 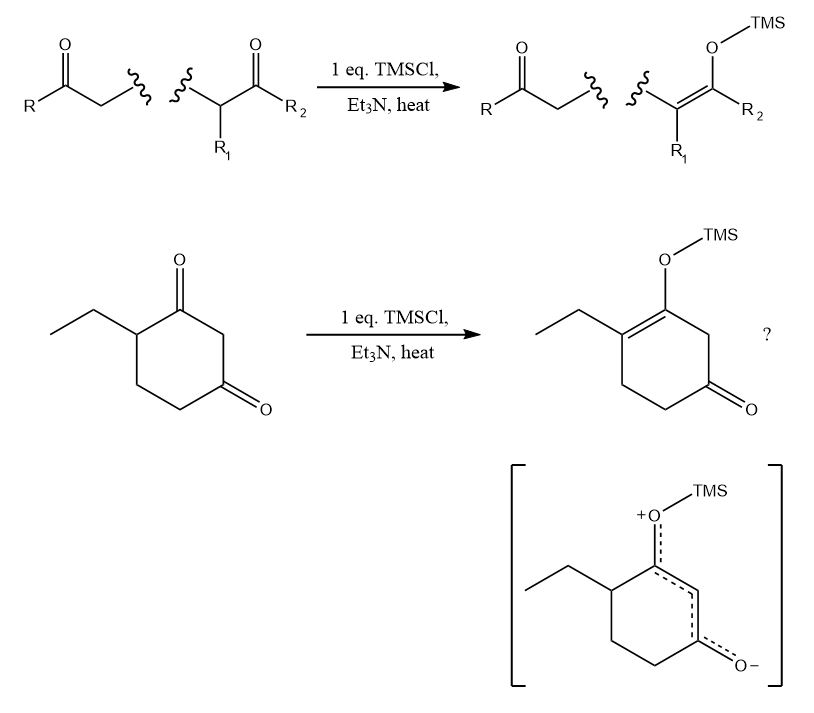 Browse other questions tagged organic-chemistry chemoselectivity organosilicon-compounds enolate-chemistry or ask your own question.