Why is diboron (B2) paramagnetic?

Why is $\ce{B2}$ paramagnetic? It's just 2 borons with a triple bond between them. Aren't all the electrons paired?

But you're right to think that this is unexpected: why are the $\pi(\mathrm{2p})$ orbitals lower than the $\sigma(\mathrm{2p})$? That's the reverse of what we are told to expect! I've never encountered a rationalization that satisfied me.

I disagree with Silvio Levy that the triplet ground state of $\ce{B2}$ is completely unexpected.
The rationalisation also is not that difficult, and is known as s-p mixing. After all, many or most, if not all, explanations in organic chemistry rely on this very principle; you might know it as hybridisation.

Before we get there it is worth while knowing a generic valence molecular orbital diagram where no s-p mixing occurs. This one pretty much applies to all main group elements heavier than nitrogen. 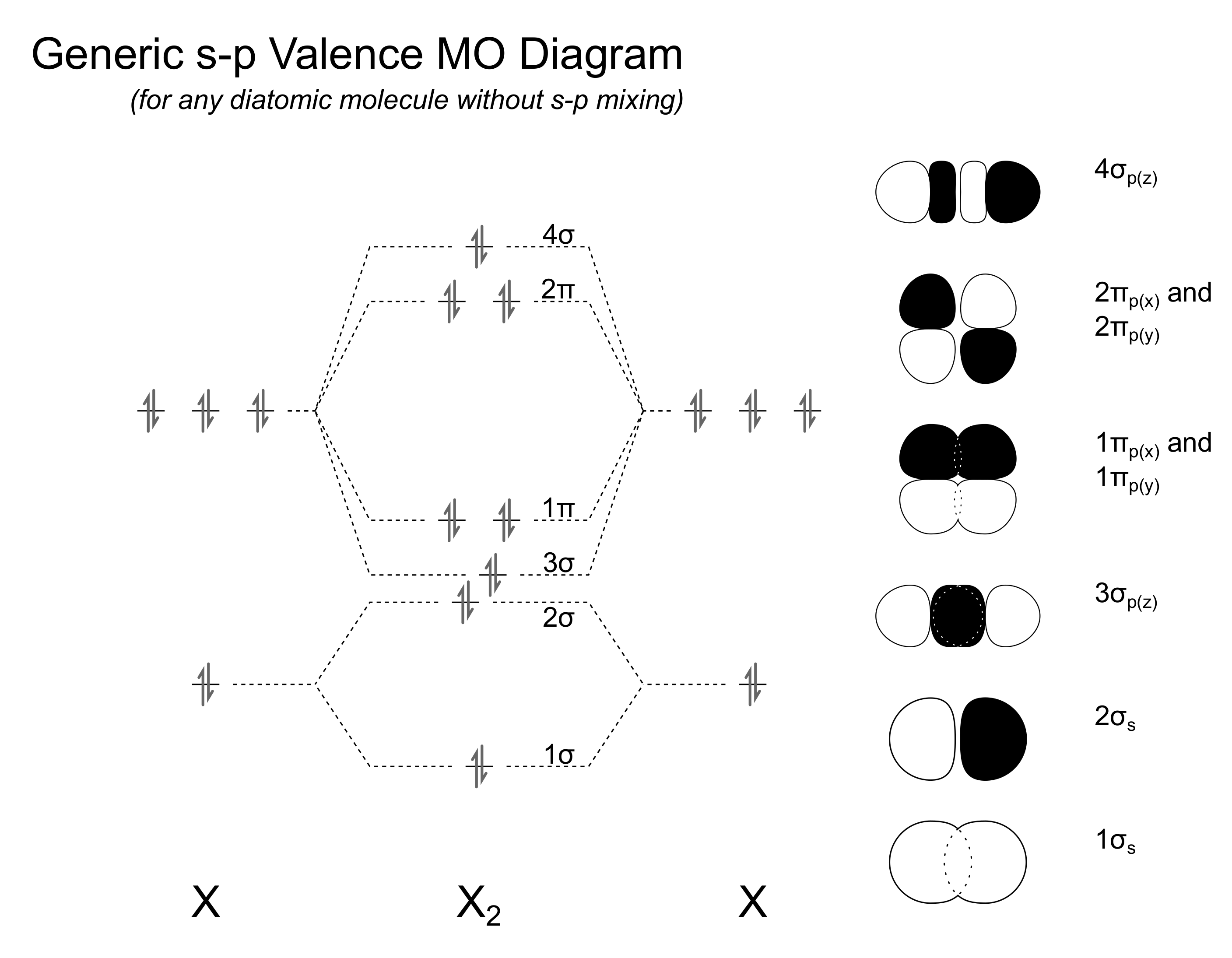 The core orbitals, in case of lithium to neon these are the 1s orbitals, sodium to argon these are 1s, 2s, and 2p orbitals, are not included, as they rarely ever play a significant role.

If you would assume the same for boron, then according to Hund's rule you would indeed expect all electrons to be paired up.

Now s-p mixing comes into play. There are two different explanations, which lead to the same conclusion, available. The more common one involves the formation of hybrid orbitals, which then form the molecular orbitals. I'm going to skip over this and focus on a hopefully clearer explanation.
When combining atoms to molecules, the symmetry changes. An isolated atom has the highest possible symmetry: spherical. The symmetry of diatomic molecules is always D∞h. The orbitals also transform according to this symmetry. We find σ orbitals, which have no nodal plane between the bonding partners, π orbitals, which has one nodal plane along the bonding axis, δ, φ, etc. orbitals.
This is clearly marked in the above scheme. Orbitals of similar energy and symmetry may again combine. The lighter the element, the closer these energy levels are together. For the elements from lithium to nitrogen this leads to a linear combination of 1σ + 3σ that drastically drops in energy. On the other hand, the linear combination of 1σ - 3σ raises in energy above the π orbitals. (You can do the same for 2σ and 4σ, the effect is less pronounced.) In the end, all σ orbitals will have contributions from s and p orbitals. The hybridisation scheme will arrive at the same conclusion.
The resulting diagram looks (in approximation) like this: 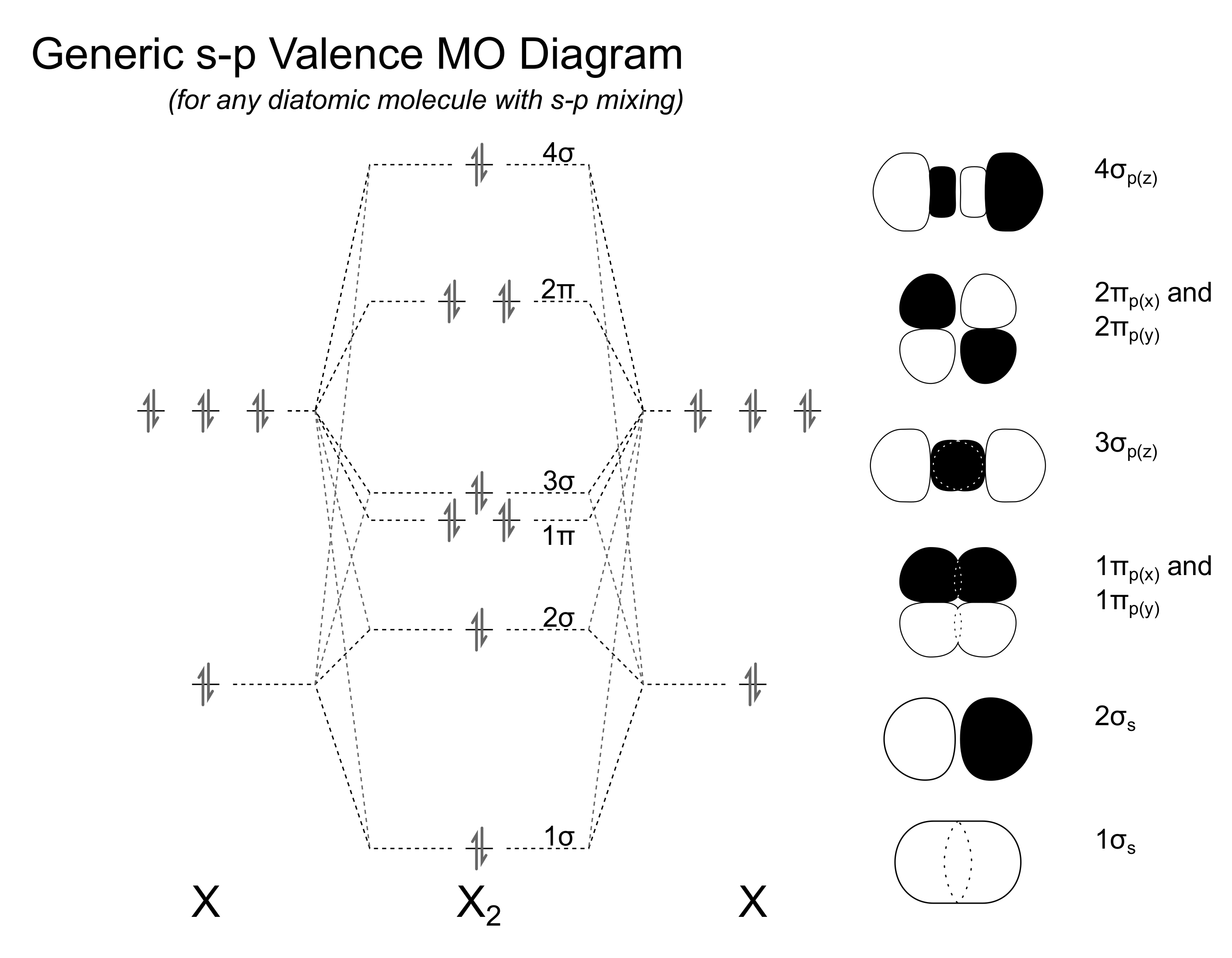 If you now fill the three valence electrons of each boron into the diagram according to Hund's rule, you will see that each π orbital will get one electron. This results in a triplet ground state. The finished valence molecular orbital diagram is pictured below. 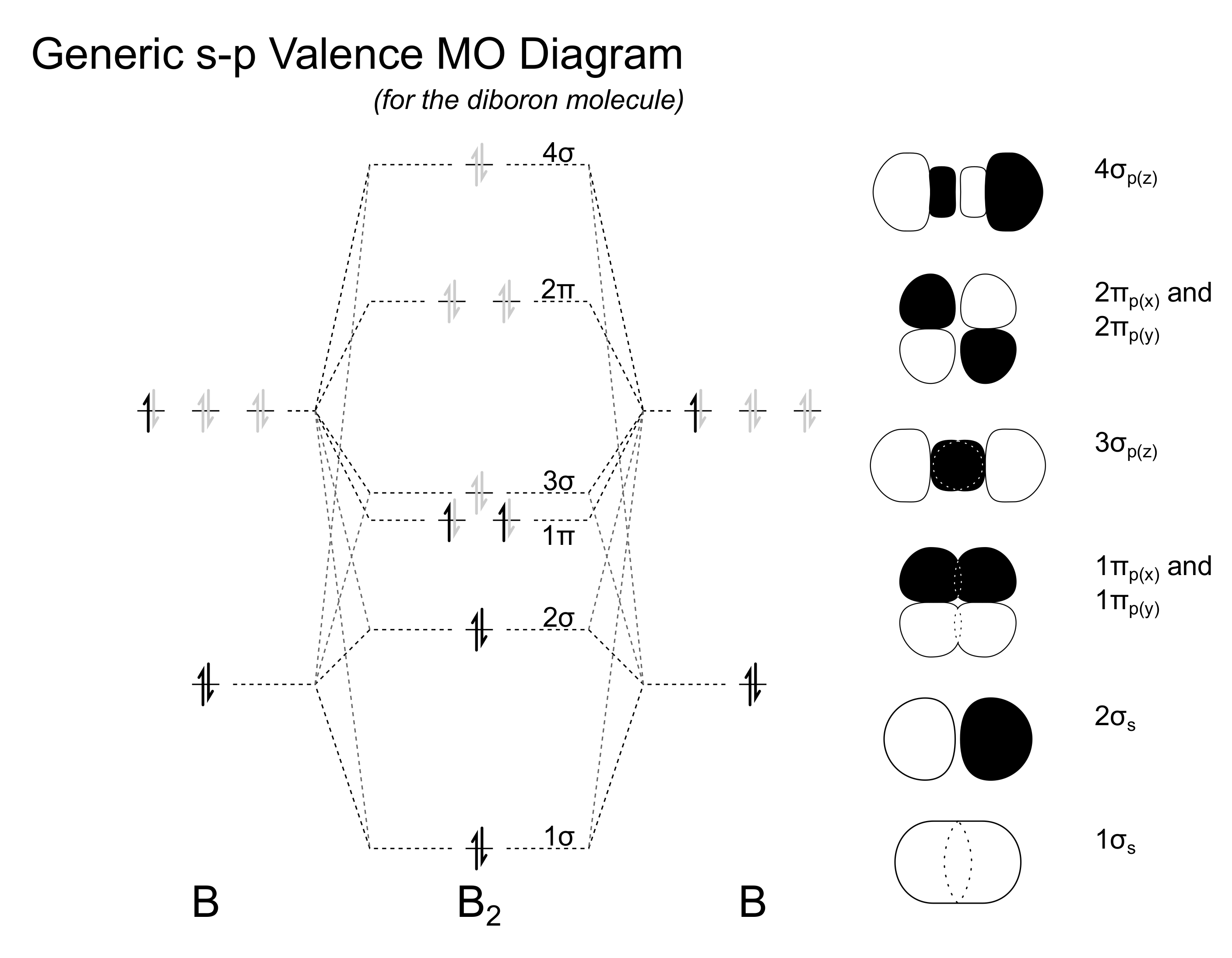 Not the answer you're looking for? Browse other questions tagged molecular-orbital-theory electronic-configuration magnetism or ask your own question.

35
What would follow in the series sigma, pi and delta bonds?
19
Why are pi bonds only formed when sigma bonds are formed?
0
Molecular Orbital Diagram