Is viscosity proportional to the number of hydroxyl groups?

Is the following statement always true?

The more $\ce{-OH}$ functional groups in the molecule, the more is its viscosity?

Therefore the statement must be true. What do you think?

It is a reasonable rule of thumb, but certainly not always true.

That said, I do think you are on to something regarding the strenght of intermolecular interactions, it is just not purely the number of $\ce{OH}$-groups that matters for that. The length of the carbon chain for example (like in the example I mention above) also plays a role.

Is the following statement always true? The more −OH functional groups in the molecule, the more is its viscosity?

It's hard to find anything that is "always" true in chemistry, but I'd bet that within a series of molecules where the only variable is the number of $\ce{OH}$ groups, your statement is generally true, so I basically agree with your position. Your analysis and examples are also good. As you pointed out, it is about intermolecular forces. Specifically, molecules with hydroxyl groups can form intermolecular hydrogen bonds (see first picture below). These hydrogen bonds cause the molecules to "stick" together and act as if they had a higher molecular weight. Sugars have many hydroxyl groups that give rise to many intermolecular hydrogen bonds and cause sugars to flow in a slow, syrupy manner. 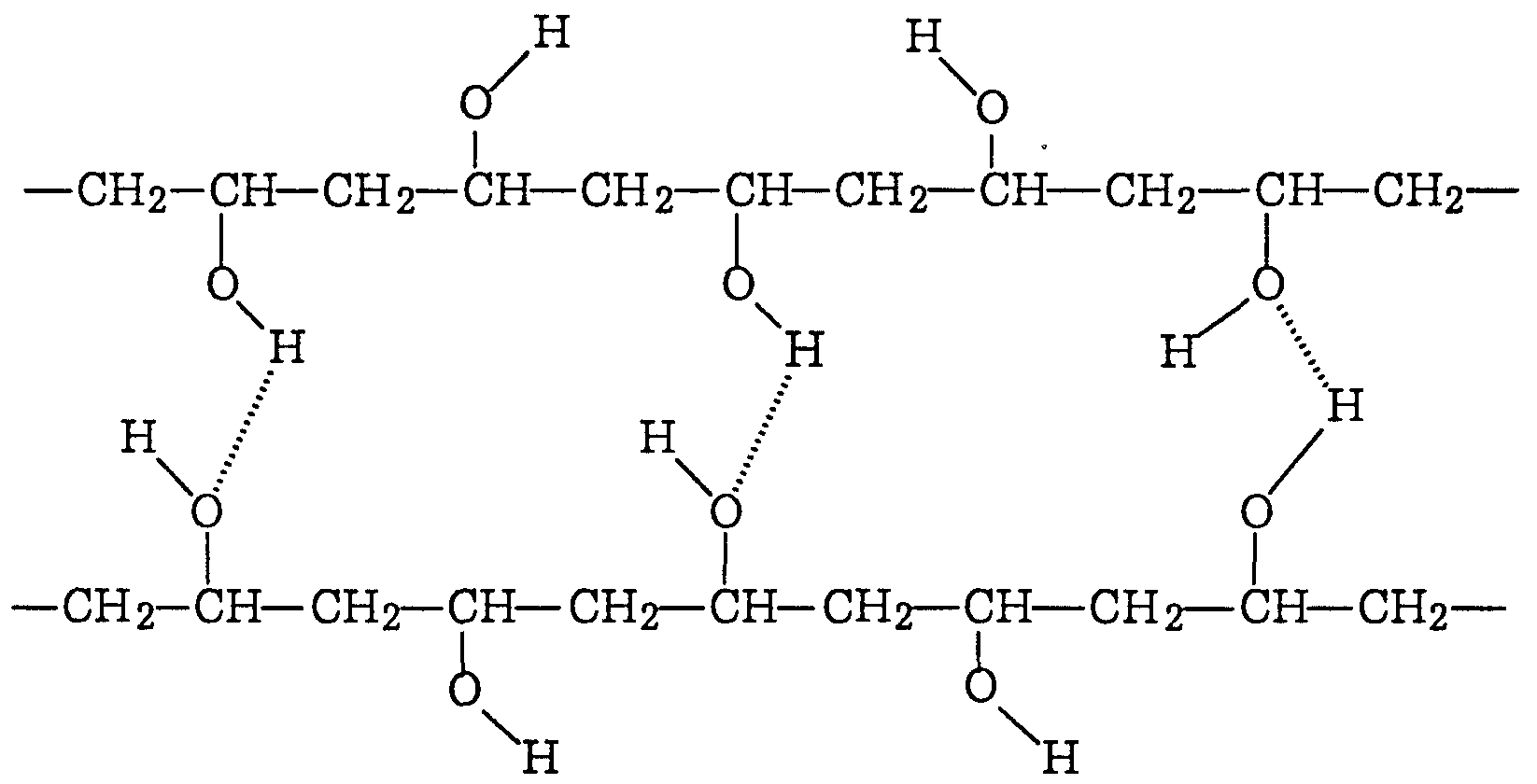 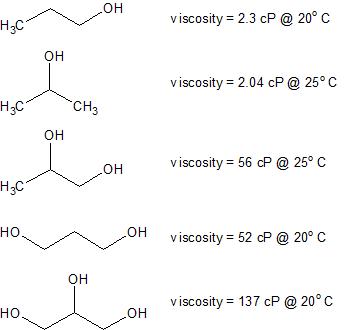 5
How to determine if a compound is likely to become a solid at room temperature?
0
Correlation between functional group and viscosity of an organic compound?
2
London/dispersion forces
2
How does cross-linking between polymer chains increase the melting point of the polymer?
22
Why do alkanes have higher boiling point than their ether counterparts?
0
What would be the intermolecular forces between the molecules of methanetetrol?
6
Why are the dispersion forces in CS2 stronger than the dipole-dipole forces in COS?
0
Which has a lower boiling point, Ozone or CO2? Why?
0
Why is the boiling point of ethyl fluoride lower than that of hydrogen fluoride?