Why does the specific conductivity against concentration curve for NaCl curve more than KCl?

I understand why KCl has a higher specific conductivity than NaCl.. but I dont understand why the curvature is more significant for NaCl (KCl is a straight line). Ive provided a picture of this here, and this is also what I get from my experiment. Does anyone mind explaining why? 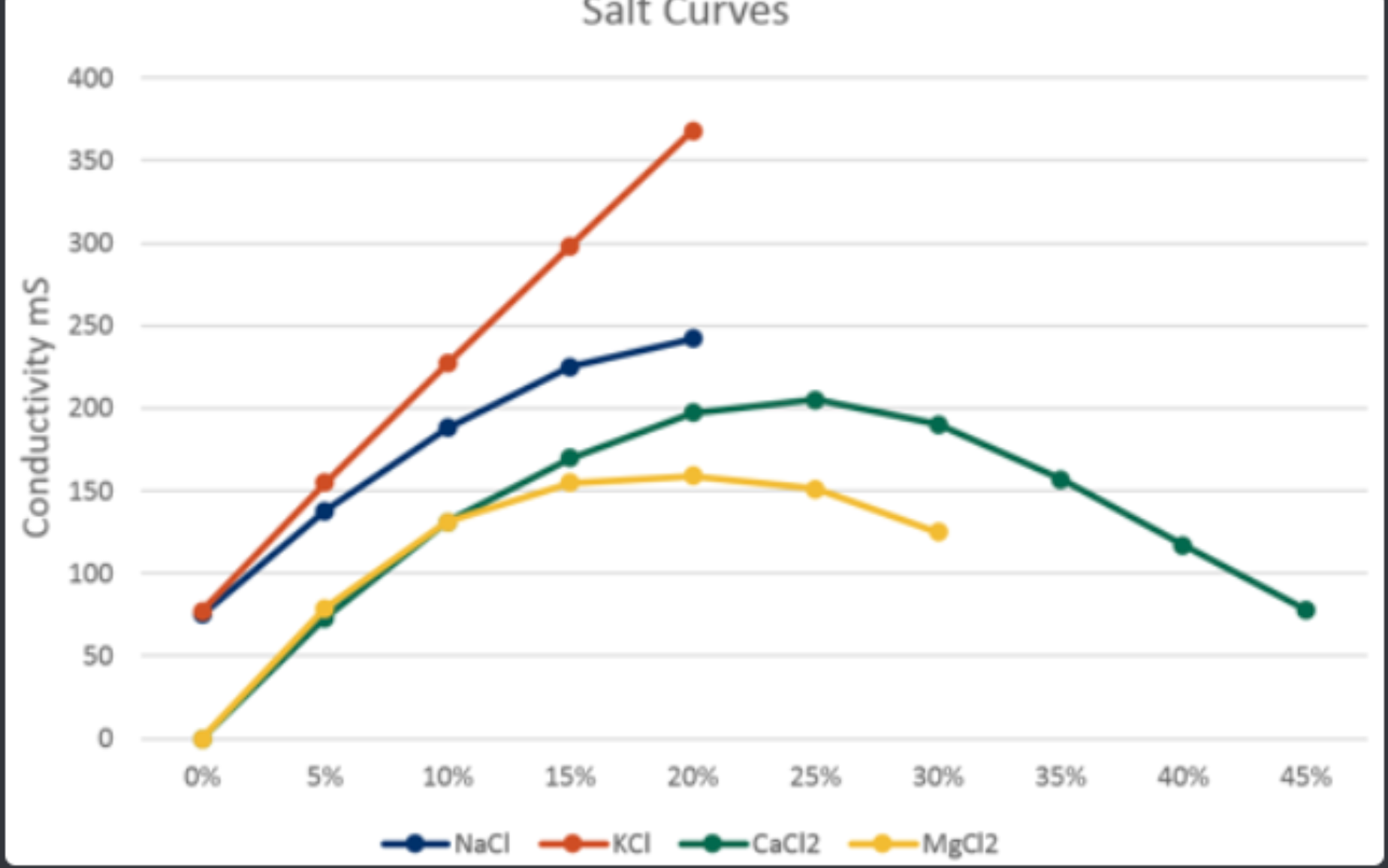 For equally charged ions a smaller radius implies a higher charge density, and therefore stronger Coulombic interactions with other charges in solution, including stronger ion-dipole interactions with water molecules, resulting in a more stable hydration sphere, and stronger interactions with counterions (here chloride). Such interactions reduce the mobility of the ion by opposing the effect of the applied external electric field, by either increasing solvent drag or generating an opposing electric field (see for instance this chem libretext for an explanation). This slowing down can be interpreted as an increase in the hydrodynamic or Stokes's radius, and also results in a reduced diffusion coefficient, as shown in the following table (source CRC, $\pu{ 25^\circ C}$):

(1) Instead of discussing NaCl or KCl, start discussing individual cations and anions, recognizing that these salts completely dissociate into ions in solution. Notice that the different salts share a common anion (chloride, Cl-). Therefore any differences are due to the choice of cation. Sounds obvious, but then you can look at everything from the perspective of the cation's interactions (even if those of the anion will also change between salts, and affect conductivity).

(4) What drives the formation of a larger hydrated ionic radius is deep down the same thing that drives interactions with other ions. The hydration shell is not that tight. Interaction with other ions will readily override them.

(5) Stronger interactions with other ions means more deviation from ideality. Ideality here means that individual ions behave the same (their mobility is the same) at all concentrations.

Not the answer you're looking for? Browse other questions tagged physical-chemistry electrochemistry conductivity salt or ask your own question.