Entropy of Dissolution of Hydrocarbons 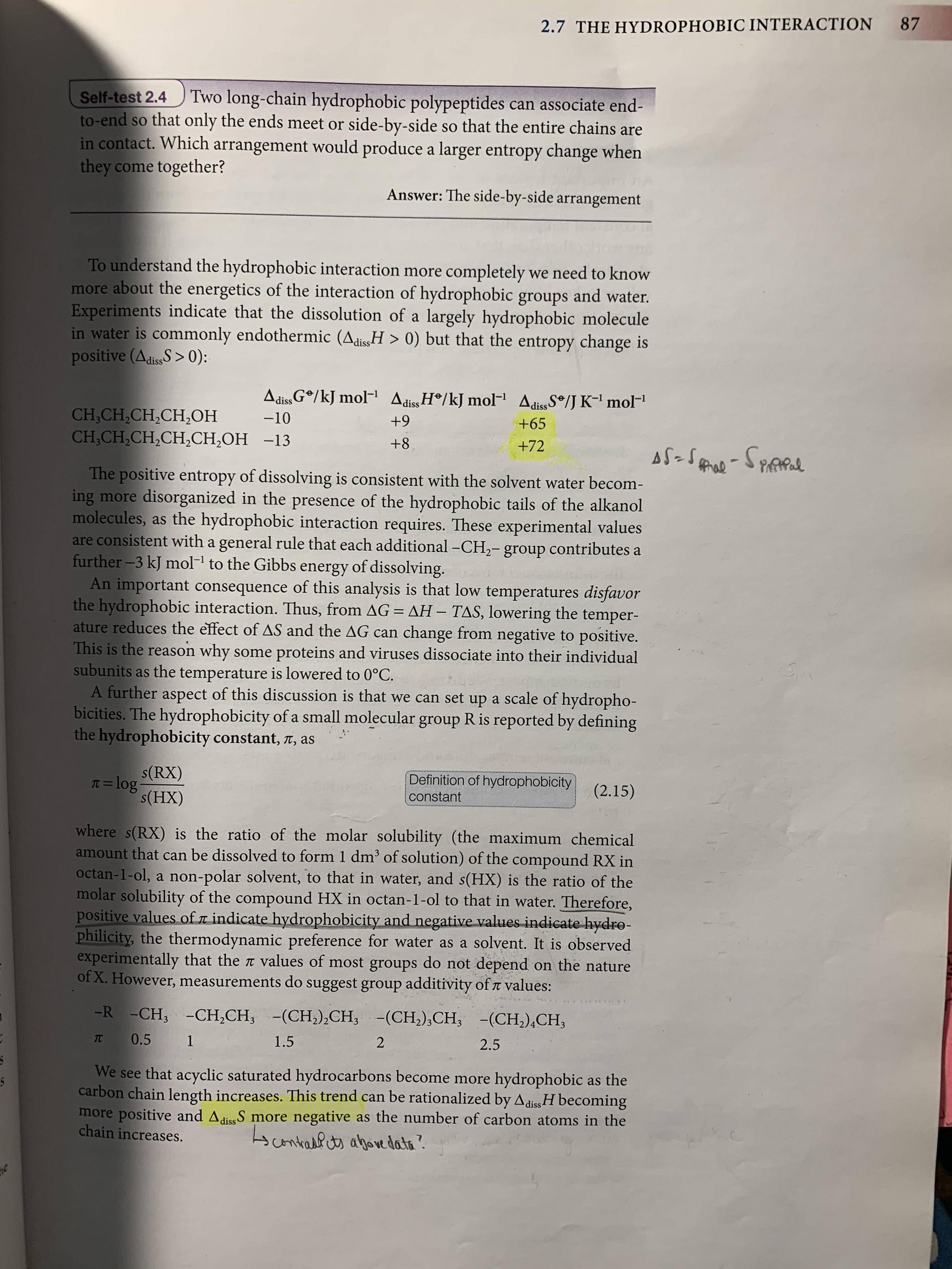 Here is where I get confused:

Larger hydrocarbons have a higher enthalpy of dissolution because they are composed of a greater number of bonds. BUT why does the CHANGE in entropy of dissolution become more negative as the number of carbons increases? Doesn't the dissolution of a larger hydrophobic compound yield a more positive entropy value/become less negative because the initial entropy of the solvent is very low (many large, ordered solvent cages) and then solvent entropy increases after the molecules aggregate by the hydrophobic effect?

I think that you should focus on what you wrote first, longer the hydrocarbon chain higher their entropy in solution. When dissolved, they can access a multitude of states both energetically and in spaces (think of all possible conformers).

This said, it does not mean that they must dissolve in, eg, water. Right because the H term.

Not the answer you're looking for? Browse other questions tagged organic-chemistry physical-chemistry biochemistry solutions entropy or ask your own question.

4
Raoult's Law explained with thermodynamics/ free energy
1
Entropy of mixing
7
Feasibility and Entropy
0
Why is the entropy of solidifying solution higher than that of a pure solvent?
0
Entropy change in non-ideal solutions
9
My Misconception of Entropy
7
Comparing the rates of hydrolysis of different haloalkanes