Which acetate salt is blue and turns yellow when dissolved in water?

***Update Some questions I am considering to try to answer this question;

I am leaving the main question as-is, posting this update because asking questions is part of my problem solving process. 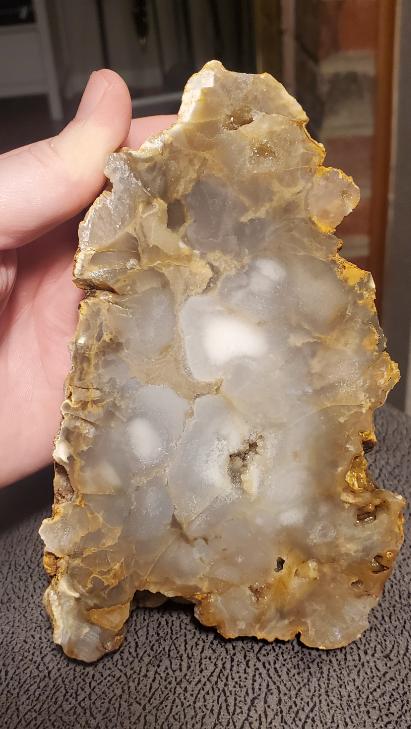 in my wet saw in an attempt to determine the composition of the metallic components of the rock I was working with. The rock appears to be a crystalline silicate rock of some variety. It has minimal to no reactivity with concentrated HCl in its raw form. The geology of the area indicates it was once shallow ocean, with lots of limestone and cryptocrystalline quartz and crustaceous fossils in the surrounding area. The compound in question 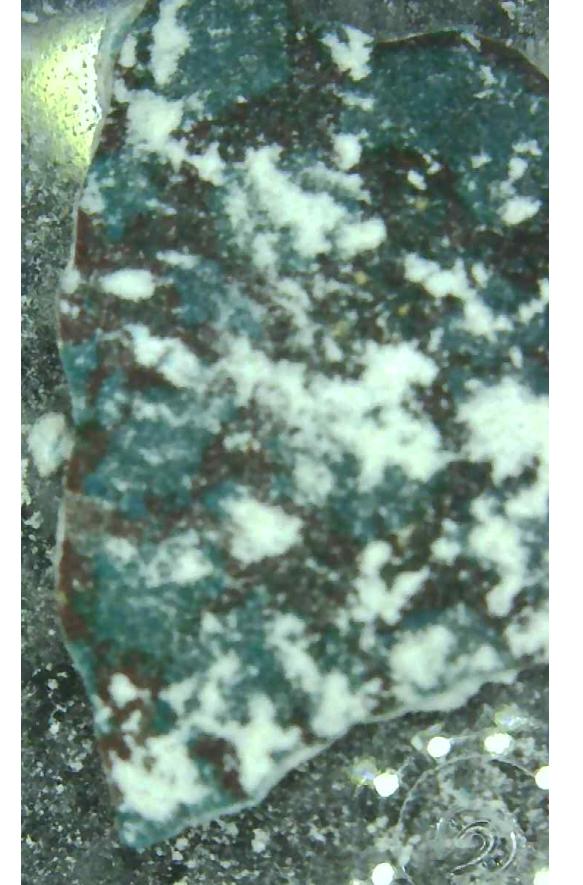 was created by soaking the residual powder in 7% white vinegar (acetic acid) for several days with constant stirring. The remaining solution was separated under vacuum filtration and residual solid was again left to air dry for several days. After several days I noticed that the top layer of the filtrate had turned brown with blue splotches. The bottom layer was white with bright blue speckles mixed in. % isopropyl alcohol I scraped off the top layer and set aside for solubility tests. It was nearly insoluble in and soluble in water. When the mixture dissolved in water, it turned yellow. 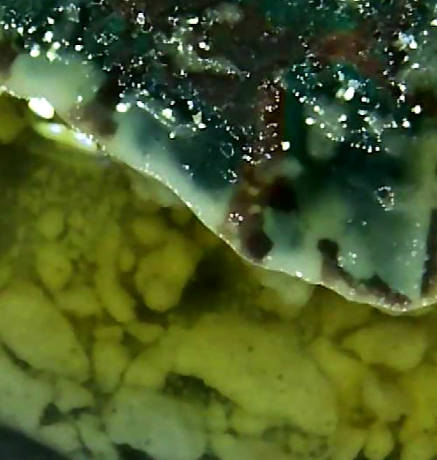 My hypothesis was that the blue compound was copper acetate, the dark brown solution is iron(II) acetate and the yellow in solution is an iron/copper coordination complex. I also suspect there is aluminum in the rock as a USGS survey indicated the presence of muscovite in the region and calcium due to the abundance of fossilized sea shells and limestone. Though I may be completely wrong. I would love if anyone could shed some light on this for me or point me in a different direction for determining the trace elements in the rock.

Browse other questions tagged experimental-chemistry coordination-compounds geochemistry or ask your own question.

25
How may copper acetate ligands be manipulated to change colors?
8
Why do carbonates, oxides, and pure metals precipitate before metal sulfides?
3
Why might my limelight experiment have failed and how can I improve it?
1
finding cation of unknown salt in solution from precipitate
7
Color of Anhydrous Transition Metal Salt
3
Aldolisation reaction and chalcone formation
15
What can this chemical be? (Qualitative Analysis)
4
Why did ammonium chloride fumes turned pink in this synthesis?