Why does the ionization enthalpy of elements across a period not follow a regular pattern while the atomic size always decreases?

First of all, I would like to mention that I am only talking about elements that aren't from the d or f blocks.

In order to further elaborate on my question, I would like to take the third period as an example. 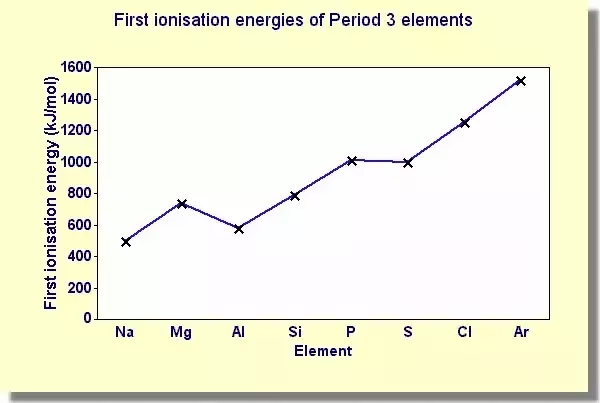 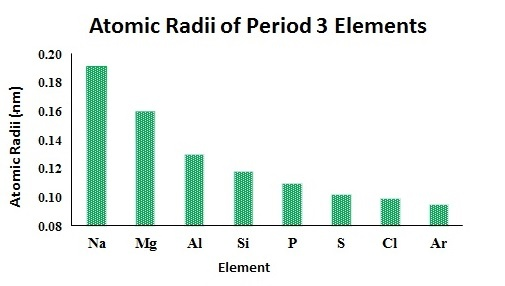 As we can see, the atomic radii decrease across a period constantly, whereas the ionization energies increase and decrease depending on the element. I just fail to understand how this can be. As far as my understanding goes, isn't work done against the electric field to remove the electron called ionization energy? And if this is true, then it must mean that the closer an electron is to the nucleus, the stronger the force of attraction experienced by it would be, which would in turn translate into a higher ionization energy. However, we can see that this does not seem to be the case. I would really appreciate it if someone could tell me where I'm going wrong and why this is the case.

Put very roughly, we can boil this down to why aluminum and sulfur are depressed with respect to the average of the surrounding elements.

This does not mean aluminum will form ionic compounds more readily than magnesium. Despite aluminum's subshell advantage, both elements have first ionization energies that are too high to be offset by the electron affinity of a nonmetallic element and electrostatic attraction between the resulting ions. There is the possibility of retaining metal-metal bonding between +1 ions, which has become fairly well-known with magnesium, but ordinarily a reasonably low second or third ionization energy is needed to get a favorable energy balance with these elements. So to form ionic compounds aluminum ultimately has to give up its $3s$ electrons, which are more tightly bound than magnesium's, and thereby the subshell difference is obscured. Magnesium ultimately wins when it comes to ionic compound formation.

Turning now to sulfur, that element has the ground state configuration $\ce{[Ne]{3}s^2{3}p^4}$. In this case loss of an electron gives a half-filled $3p$ subshell with all the electrons unpaired and having identical spins. This stabilizes the half-subshell configuration through a quantum-mechanical exchange interaction between the electrons with like spin and total angular momentum. Sulfur forms this favored configuration when it ionized once, while phosphorus has to break it, and so the first ionization energy of sulfur (but again, not second or higher ionization energies) is depressed as we saw with aluminum. Note that the effect here is less than that involving full or empty subshells that we saw with aluminum versus magnesium.

Not the answer you're looking for? Browse other questions tagged inorganic-chemistry physical-chemistry periodic-trends periodic-table ionization-energy or ask your own question.