Why do other sugars melt whereas sucrose decomposes?

After cooling and hardening it is no longer sucrose. Am I right?

You're mostly right. Sucrose is a disaccharide composed of glucose and fructose. 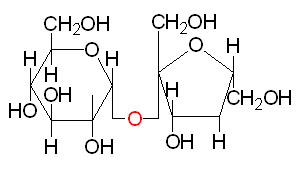 It is a crystalline material. Heating sucrose results in a complex thermal process that involves both melting and decomposition. Depending how fast you heat it, you will observe different things. Basically, sucrose will start to decompose when it starts to melt. If there is some water present during the heating process, then a reaction known as sucrose inversion will occur and the sucrose will break down into its components, one molecule of glucose and one molecule of fructose.

However if dry sucrose is heated to its melting \ decomposition point, then more complex things happen. Significant amounts of glucose are initially detected. Continued heating leads to "caramelization". Caramelization is a condensation process where water is eliminated from sucrose; the initial loss of water is followed by isomerization and polymerization. Over 4,000 products are thought to be formed during caramelization. When this complex mixture is cooled, it is no longer sucrose.

What you are doing when you heat a sugar like sucrose is you are dehydrating it. The crystalline structure of sucrose breaks down and the molecules decompose into glucose and fructose and then lose water and then become isomers and polymerize to form caramel, a red-orange colored solid at room temperature. However there are several other products other than just fructose and glucose.Caramelization is poorly understood so I cannot give you a direct answer stating all of the products formed.

You can do this at home, just put table sugar in a pot and heat it up. The same type of process is used in candy making.

Sucrose does melt at $\pu{366.8 ^\circ F}$. It decomposes once you get to hotter temperatures, which is why caramel darkens till it becomes burnt sugar. Thus unlike sodium chloride and most other substances sucrose and lots of other sugars from trioses upwards in numbers of carbons don't have a boiling point, just a melting point because heat breaks the $\ce{C-C}$, $\ce{C-H}$, and $\ce{C-O}$ bonds more in sugars than other organic molecules. The exact reason?

From $\ce{R-C-O}$ it is easy to form carbon dioxide, and there is also an $\ce{-OH}$ attached to one of the carbons which water can form easily from.

Not the answer you're looking for? Browse other questions tagged organic-chemistry everyday-chemistry carbohydrates or ask your own question.

-1
Is sucrose made of 2 glucose molecules or 1 glucose and 1 fructose?
7
Can molten sugar also rotate polarized light as sugar water does?

2
Pathway from Sucrose to Cholesterol
5
How is it that fructose has a different metabolic pathway than glucose but yet glucose is converted to fructose?
6
How to Convert Sucrose to Glucose and Fructose
2
The amount of citric acid for golden syrup
2
Separating glucose and fructose
2
How do Invert Sugars deter crystallization in Sucrose solutions?
27
Is honey really a supersaturated solution? Does heating to un-crystalize redissolve it or melt it?
10
How long would it take for sucrose to undergo hydrolysis in boiling water?