Exactly how the subscripted numbers are given to the different types of boron sheets (borophenes)?

I was going to start a project on Borophene, and hence I was going through a review journal, 2D Boron: Boraphene, Borophene, Boronene, where they have said many types of borophenes had been proposed. They have been given different greek letters like α, β, γ (β12), δ and χ(chi) to classify different types and they also classified those types into different sub-types by using subscripted numbers like α1, α2, α3 or β1, β2, β3, β12 etc.

At first, I thought it was coming from the hexagonal hole density (η) term which is defined by - η = (a number of hexagonal holes/a number of atoms in the original triangular sheet). But later I found that it's not the case (considering all the types).

My question is - how exactly these subscripted numbers are given to sub-classify the different types of borophene?

Different types of Borophene(name) and their properties 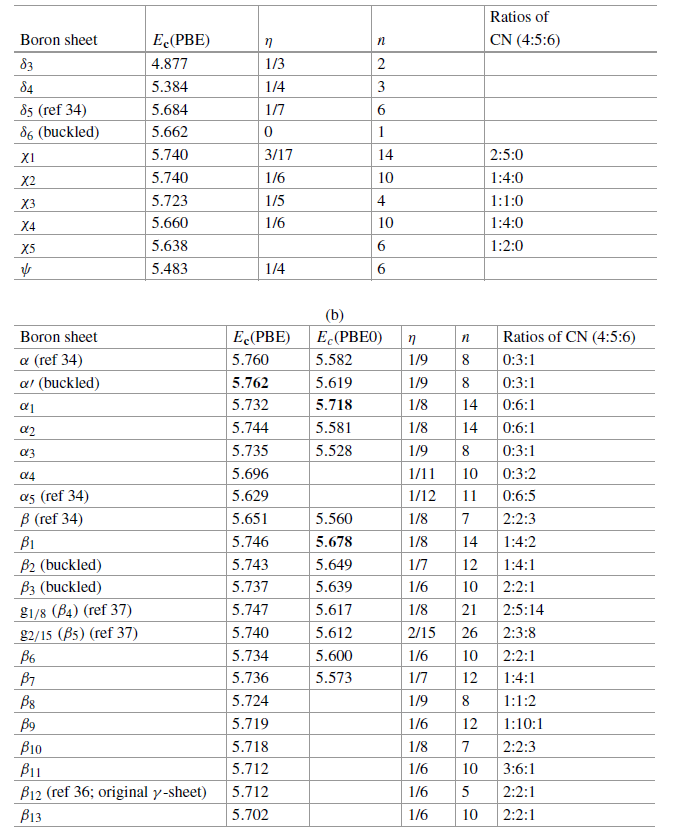 P.S. - All the numbers next to the greek letters will be in subscript.

All the subscripted numbers are to denote different phases.

In the physical sciences, a phase is a region of space (a thermodynamic system), throughout which all physical properties of a material are essentially uniform. Distinct phases may be described as different states of matter such as gas, liquid, solid, plasma or Bose-Einstein condensate.

Distinct phases may also exist within a given state of matter. As shown in the following diagram for iron alloys, several phases exist for both the solid and liquid states. 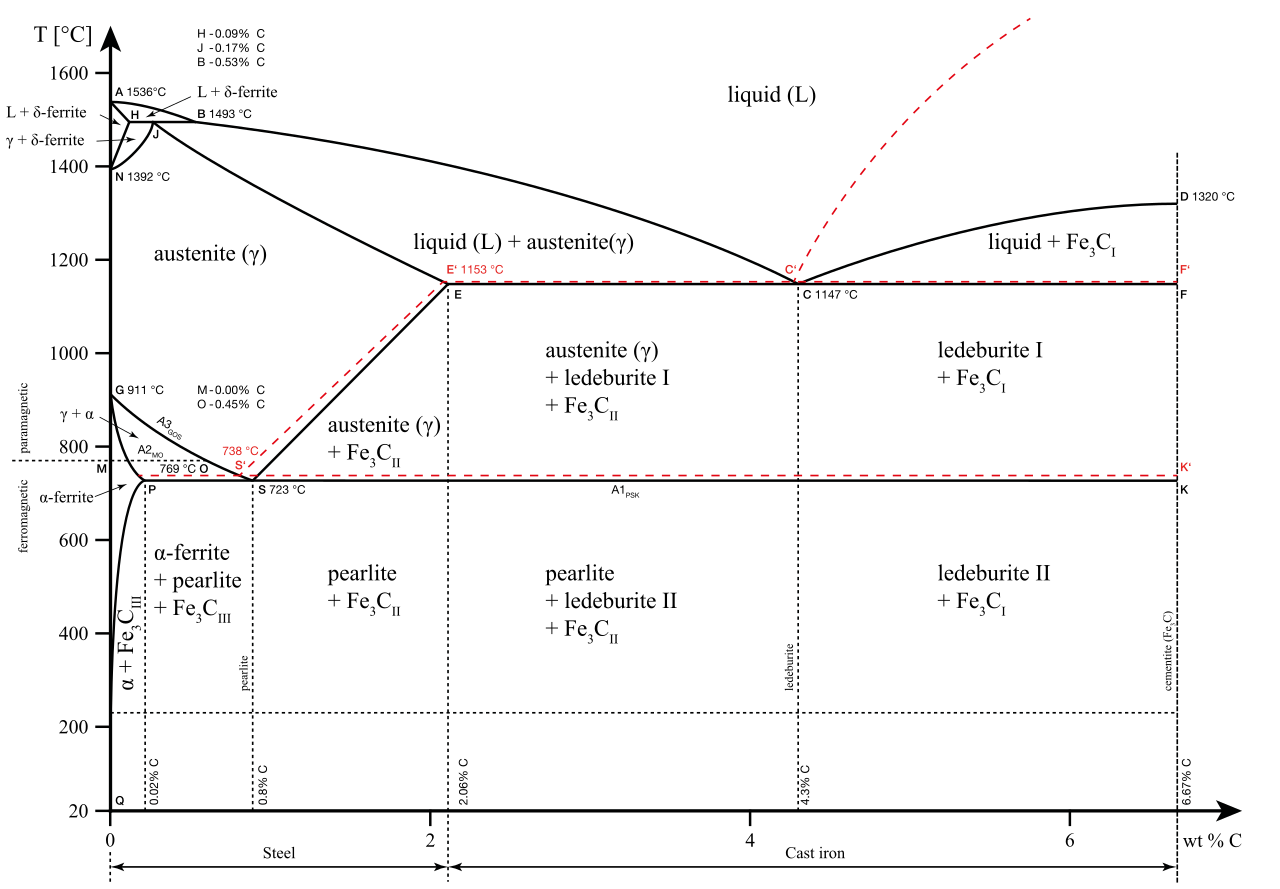 For Borophene, α, β, χ, δ and ψ are different types of structures based on their coordination number(CN) like,

For example, α has 7 different structures. Now the first one is named α. After that total of 6 phases are found. One of which is a very similar structure with α. Hence it was named α'. The difference between α and α' is that there is no corrugation in α whereas α' has a corrugation resulting in better stability than α. However, the other 5 phases are named accordingly from α₁ to α₅ based on their earlier prediction. You can find the different phase structures of α Borophene from the following image -

Not the answer you're looking for? Browse other questions tagged everyday-chemistry terminology materials nanotechnology boron-family or ask your own question.

0
What are the common names of this two types of plastic?
9
How can I easily explain to a layperson the difference between types of “contains”
4
How do I setup the electrodes for cyclic voltammetry on a capacitor made on dry copper sheets?
2
Why are the given compounds in a homologous series?
6
What's the difference between pipettes calibrated “TD”, “TC”, “Blow-out” and related terms?
10
What exactly is the use of photographic films in cameras? How are the pictures generated?
1
How to Prepare a Buffer Solution?
5
What's an “amagat”? How is it different from the Loschmidt Number?
2
How do I figure out the composition of a material given specific densities?