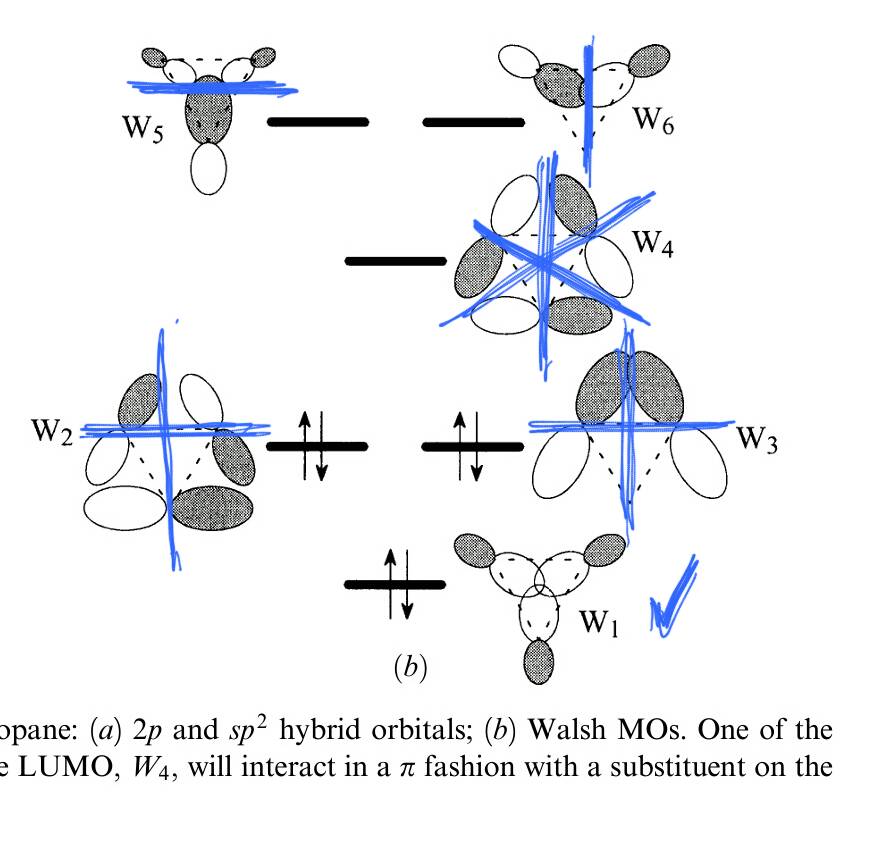 The assessment of nodal planes is not as trivial as it might seem at first, because they are usually not planes at all.

Orbitals can be explained in terms of symmetry operations. There are three different operations and each of them has a unique element (in cartesian coordinates):

When we talk about hydrogen type atomic orbitals, we usually refer to their cartesian form. It is already fairly obvious for the $\ce{2s}$, that there is no nodal plane, while there are certainly nodes.

The representation of $\ce{p}$ orbitals are always antisymmetric with respect to inversion in any given external field.

The representation of $\ce{d}$ orbitals is always antisymmetric to two mirror planes. That excludes of course the $\ce{d_{z^2}}$ orbital, which is not a cartesian, but a spherical representation. (Note: In cartesian space there are 6 $\ce{d}$ orbitals. As quantum numbers only allow 5 spherical orbitals, they have to be transformed. See for example at chemissian.com or Schlegel and Frisch.) Early basis sets for quantum chemical calculations used the cartesian representation, because it wa easier to code and calculate.

Due to the geometric arrangement of nuclei in a molecule, the external field is given through the point group of the molecule. Every molecular orbital can be expressed through symmetry operations of that point group.

Cyclopropane has $D_\mathrm{3h}$ symmetry. And every molecular orbital has to respect that. I have already written about orbitals these orbitals in Why does cyclopropane give bromine water test? However, I would like to shed some more light on this, because I believe the picture you found is not quite correct.
The following picture shows the depicted orbitals from your source, as well as the LUMO. 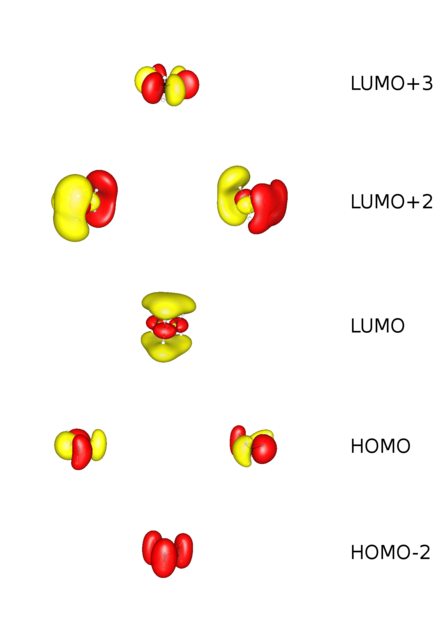 Let's have a closer look at the orbitals. The HOMO-2 is of $A_1'$ symmetry and therefore behaves like an $\ce{s}$ orbital. There is no antibonding nodal surface in this orbital. That means at any bonding axis of the ring structure the sign of the wavefunction does not change. There is however a nodal surface that does not affect bonding, as was already pointed out in some comments.

The HOMOs are of $E'$ symmetry and therefore behave like $\ce{p_x}$ and $\ce{p_y}$ orbitals. These orbitals have one antibonding nodal surface. In a result of symmetry restrictions these nodal surfaces are perpendicular to each other.

This is also true for the LUMO+2s. In addition to this there is another antibonding nodal surfaces with respect to the $\ce{C-H}$ bonds.

The LUMO+3 is of $A_2'$ symmetry and does therefore not behave like any other atomic orbital. Here we find three antibonding nodal surfaces with respect to the $\ce{C-C}$ bonds.

The bonding situation in cyclopropane is very complicated and can be explained in many different ways. It is not as obvious, that the molecule is a $\sigma$ aromate, having in plane $\pi$ orbitals (HOMO). The explanation of its molecular orbitals were first composed in terms of a Walsh like behaviour on the basis of an extended Hückel calculation with a minimum basis.

When you disregard the $\ce{C-H}$ bonds and only allow three carbon $\ce{sp^2}$ and three carbon $\ce{p}$ orbitals, then you can only arrive at the boning picture that was depicted in your source (and many other publications), as you can only have six molecular orbitals formed from these. There are, however, many more atomic orbitals that mix into the final wavefunction. First of all it is necessary to state, that the used $\ce{sp^2}$ orbitals are not of the ideal $\frac13\ce{s}+\frac23\ce{p}$ composition (see more about that in the linked question and the answer of ron therein).

Now finally for the discussion about the correlation of nodal planes and increasing energy. It is a very common statement, that is missing it's most important limitation. It is only completely true for orbitals of the same symmetry. (This is also a necessary requirement.)

Now this statement became popular, when talking about aromatic systems. In the framework of Hückel's molecular orbital method, this must be true, since all regarded orbitals are of the same symmetry.

However, it is usually true, that an orbital with fewer nodal planes is more stable than another with more, but this is more a gut feeling, than actual, factual science.

Instead of nodal planes think of nodal surfaces. For W1 there is one nodal surface, a cylinder that looks like a circle seen from above (the view in the book).

Continuing with the hints. All the combinations that come from orbitals that have radial symmetry (the ones where the bulges point toward the center and away from the center) have the same cylinder as a nodal surface. If you draw the circle representing this cylinder seen from above, you'll basically have completed the nodal surface diagram for W1, W5, W6.

The use of nodal surfaces helps build intuition, but it only goes so far. For example, it doesn't have to be true that more nodal surfaces equals higher energy.

Not the answer you're looking for? Browse other questions tagged energy orbitals molecular-orbital-theory or ask your own question.

39
Why does cyclopropane react with bromine?
33
When is it true that more nodes equals higher energy?
6
What is the number of nodes in the molecular orbitals of cyclic H3?

33
When is it true that more nodes equals higher energy?
1
Position of nodal planes in molecular orbitals
35
What would follow in the series sigma, pi and delta bonds?
4
How are the hydrogens attached to the nitrogen atom in the ammonium ion?
5
How can a molecular orbital with a nodal plane still be considered “bonding”?
4
Rationale for assigning antibonding MOs
14
Molecular orbital diagram and irreducible representations for dinitrogen
5
Why is the dz2 orbital so different from the rest?
3
Surface energy for different crystallographic planes