Why doesn't ionization energy decrease from O to F or F to Ne?

I know that in general, the first ionization energy increases across a period due to increasing nuclear charge, reasonably constant shielding & decreasing atomic radius.

From N to O, however, the I.E anomalously decreases. The reason usually given is that the spin pair repulsion between the 2px2 electrons in oxygen outweigh the effect of the increased nuclear charge.

However, the additional electrons in F & Ne are also spin-paired. Why doesn't the extra spin pair repulsion outweigh the extra nuclear charge in this case? http://www.chemguide.co.uk/atoms/properties/ies.html#top says

Between nitrogen and oxygen, the pairing up is a new factor, and the repulsion outweighs the effect of the extra proton. But between oxygen and fluorine the pairing up isn't a new factor, and the only difference in this case is the extra proton. So relative to oxygen, the ionisation energy of fluorine is greater. And, similarly, the ionisation energy of neon is greater still.

But I don't understand how being a new factor or not makes any difference on its effect. It's not like the atom adapts to the new factor in O, reducing its effect its effect in F & Ne

It's a good question, and I agree that it can be quite confusing, but Chemguide is (at least partly*) correct about this.

I'd phrase it this way, which I hope is clearer. First, think about what would happen if the "paired electron" factor was not a factor at all. We would then expect that, going from B to Ne, there would be a roughly constant increase in ionisation energy. It would look something like this. Please don't take the exact shape or numbers too seriously; they don't mean anything, only the trend does. 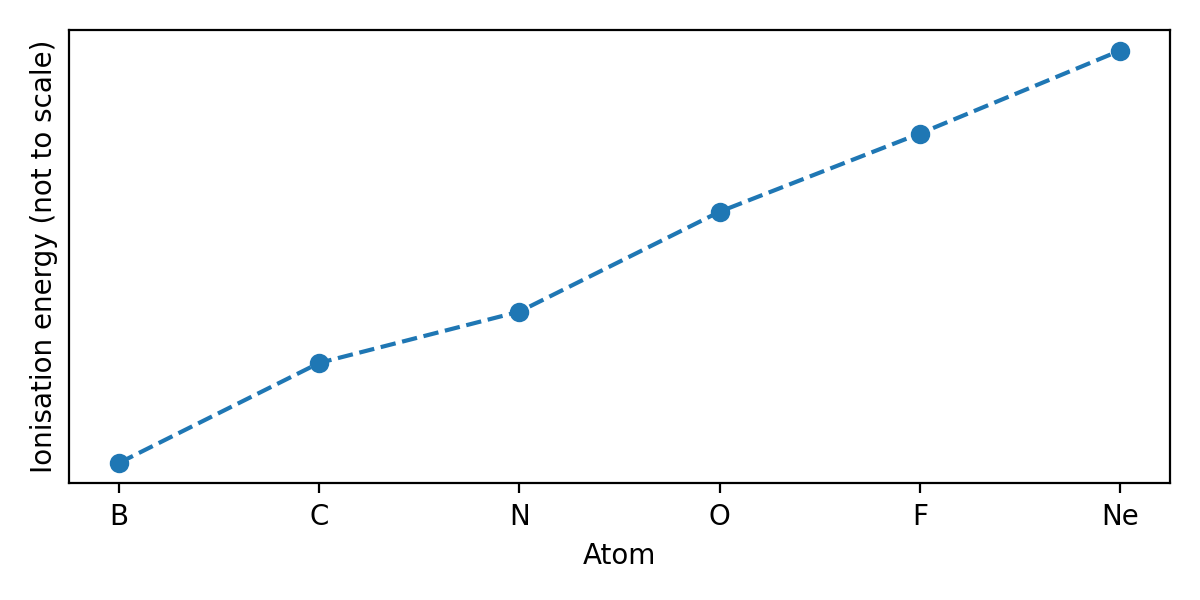 This is obviously not the reality, because in O, F, and Ne there is the additional factor to consider, which is that the electron being removed is already paired in an orbital, making it easier to remove. This means that the ionisation energies of O, F, and Ne are each decreased by a roughly constant amount (red arrow). 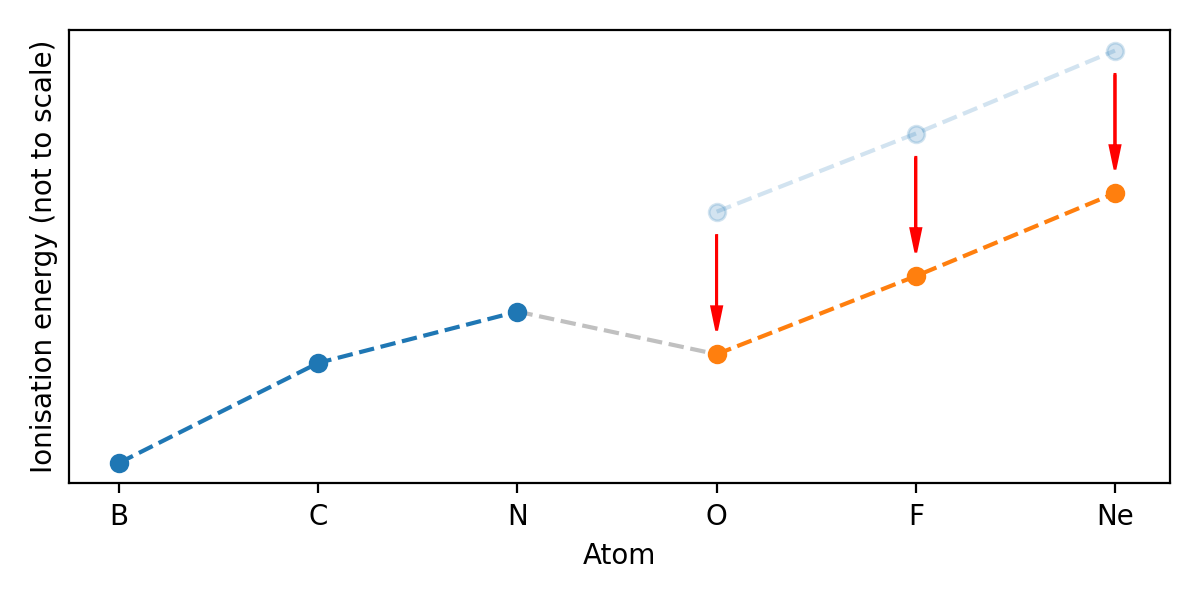 You can see that we recover the observed trend in ionisation energies, and we have indeed accounted for the pairing energy in all of O, F, and Ne.

There are two alternative ways of looking at it which may "click" better for you. I'll describe these in text.

* Exchange energy, which Chemguide does not cover, is also a consideration. However, that's a smaller effect, and it's not necessary to invoke that to answer this question.

2
Is the first ionization energy in oxygen slightly more than nitrogen?
27
What is the physical basis for Hund's first rule?